Okay. Here we go again…it’s that time of year where literally all I do, all the time is play a WWE wrestling game and the rest of my life kinda goes to shit. But it’s all good. It’s all good…honest. 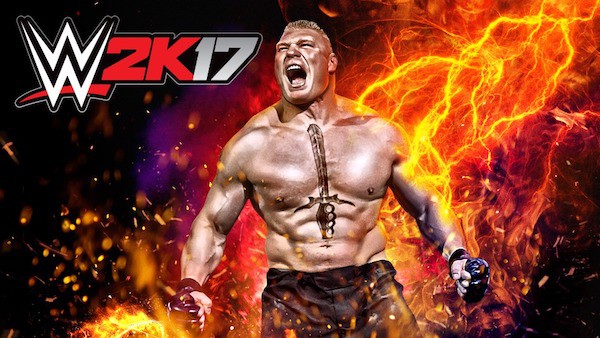 Let’s just start by saying that (for the most part) this game rules. It’s the best one in the 2K franchise, and as a player you can feel really involved. The graphics are insane, and totally next level from anything that’s come before from the developers. I mean, it’s certainly rivalling the NBA titles from 2K these days, and that’s nice for long time fans of this franchise. The show introductions (for NXT, Saturday Night Main Event, Raw and Smackdown) are great too with mega detail (so much so, it’s like you’re actually watching on TV), and the commentary has improved somewhat too…not loads, but again, every little helps here with regards to overall player enjoyment. The load times suffer somewhat as a result of the increased detail, and when I say somewhat I really mean A LOT, but this is minor when you consider just how much the game has improved in the space of a year. Still something to think about; patience is key this year between matches!

One of the big talking points this year is the introduction of the revamped, revitalised promo engine, and there’s a tonne of weight put on a player’s ability to cut decent in-ring wrestling promos. In Universe Mode you can call people out to start feuds, turn heel or break-up, and start a team – now, this is really cool, and the feature is somewhat intuitive in that (most of the time) short rivalries do begin as a result of the player building a decent promo (and then running in on their matches and attacking ’em for a few weeks). Let me just add here though, that it’s WAY EASIER to be a bad guy, and gain all important VC for playing the heel (particularly in Career Mode where it really matters – in the first part of the game you can actually go straight up to the main roster depending on how good your first promo is, or you know…languish down in NXT in a shit tag team for months…like me. Now, I understand why John Cena has such a hard time playing the good guy all the time in real life, man. Even digital fans are hard to please.

Another thing to note is that this year when it comes to promos, is that it’s back to the old-school with simple text speak instead of a random American voice soundtracking every character, no matter what nationality. So, that’s nice. The game on the whole does feel a lot more customisable, and geared towards player/character development.

There’s always room for improvement, as we know. One thing that needs to be looked into, is that the promos could be a bit more defined by the characters taking part, it’s hard to imagine Bray Wyatt not talking like Bray Wyatt, ya know? I mean, some of the dialogue is so basic, it’s laughable, it’s like last year’s Career Mode dialogue has been given to EVERY SUPERSTAR this year, and the developers are gonna catch a lot of heat for that. It’s gonna be really hard for the developers to tailor dialogue to every superstar, and I appreciate that, but particularly with guys like Jericho, Cena, Owens, Sasha Banks, Bailey Ambrose, Lesnar and Wyatt who have clearly defined characters in and out of the ring, it’d be nice to feel like as a player, you were really in a promo battle with them. In this year’s game, Enzo Amore is the only one that seems to have that definition, and he’s the first guy you’ll go up against in My Career Mode.

In terms of a real highlight though? Aside from the super-cool addition of Backstage Brawl (I’ve had so much fun recreating old-school hardcore matches), oddly, for me in 17 it’s something rather simple, the VC system is pretty great, and probably the most rewarding feature – in Universe Mode, you can use it to buy legendary characters like Cactus Jack and Shawn Michaels, and in My Career, as per it buys skills, moves and such. Basically, as a player, it feels like every match (even the tiring slog of rubbish matches at the start of your career) gives you some reward, either in skills, or cool bonus characters.

In terms of overall negatives then, there aren’t really that many to speak of, aside from the load lagging, the sub-par dialogue (particularly in Career Mode), but one major gripe that I have, now that the ridiculous 2K Showcase Mode from previous years is gone, is the amount of time it takes to progress in the game while developing in Career Mode. I mean, I know that’s the whole point – it’s supposed to be a challenge, but unless you go straight up to the main roster (with your oh-so-awesome promo skills), it’s annoying to face Tyson Kidd, Baron Corbin and a bunch of new NXT recruits (Baron Blade is back, by the way) over and over (for hours and hours) while you boost your rankings. Of course, it’s cool to EVENTUALLY get your shot at the Intercontinental or US title when you jump to the main roster; there you can face Brock Lesnar, become a Heyman guy and then win the World Heavyweight Championship. Still, it’s not exciting anymore, is it? Once you’ve played the same matches over…and over and over again, and you’re still lounging in seventh place (it can, and does happen), despite winning like….ALL the matches, and you’re still only competing for the motherflippin’ NXT Tag Titles. So yeah, that needs sorting out. The excitement goes after a few hours of the same old shit.

Universe Mode, meanwhile is slightly more entertaining as you can act out the dream feuds of Ambrose vs Brian Pillman (VC downloadable), or Lesnar vs Goldberg and AJ Styles vs Shinsuke Nakamura (who incidentally isn’t in the standard version of the game straight off, you’ve gotta wait for the NXT pack) as well as incorporating Community Creations downloads (of characters who aren’t under contract) like James Ellsworth, The Young Bucks and Kurt Angle into your Universe for ultimate enjoyment.

All in all though, WWE 2K17 is the best wrestling game to come from 2k, and it should be applauded for its forward-thinking nature. It’s one for the die-hard fans!