Describing your genre as “rock, punk, Rasta, soul” and citing Buddha, Marley, Mother Earth and Father Sun as your influences, is a big statement, such bold claims raise the listener’s expectation and send them into a world of imaginative thoughts about what is to descend upon their ears. 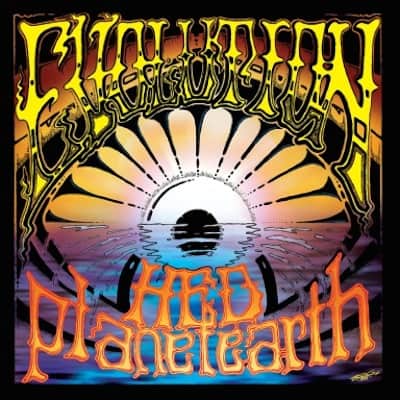 Hed PE (Planet Earth), and their new album ‘Evolution’, lives up to the band’s claims of not conforming to normal sounds and trends. ‘Evolution’ is not just a generic album title, but a description of the band’s attitude to evolve their sound and musical genres.

Fusing their reggae influences with their heavier roots, Hed PE manage to serve a buffet of different styles in their music. Vocally, this isn’t a millions miles apart from the lower end screams of Benji Webbe of Skindred fusing a slighter Jamaican accent into the heavy vocals. Tracks like ‘No Turning Back’ and ‘No Tomorrow’ have a wealth of typical American riffery with a measure of nu-metal bounce. Nine songs into the album you’d imagine things would be coming to a close, but then there’s a bizarre jolt into three full on reggae songs. As standalone songs, ‘Nowhere2go’, ‘Let It Burn’ and ‘Hold On’ are perfectly good reggae/ska inspired songs but it doesn’t belong here, it feels like a separate EP or even a side project in context to the rest of the album.

‘Evolution’ is an enjoyable record, if not taken too seriously and in a light hearted manner. It’s no musical odyssey but something you’re unlikely to have heard before and worth checking out for enjoyment or its ludicrous audacity.