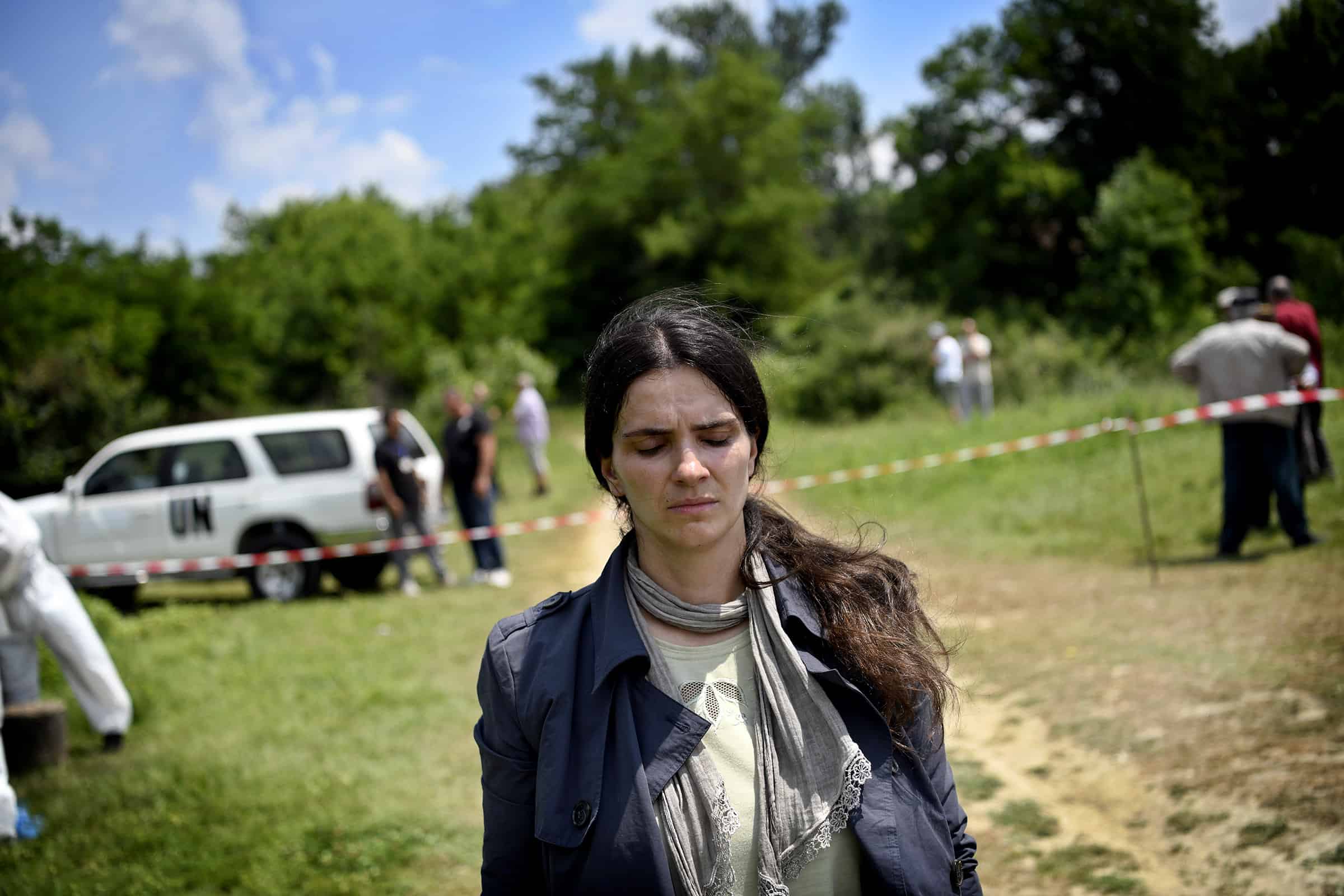 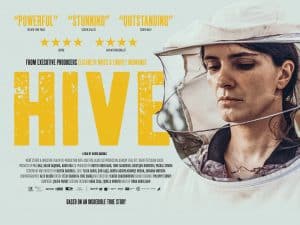 Disclaimer: this review was made possible thanks to a press screening arranged by the film’s UK distributor, Altitude Films.

The widows of missing soldiers in the aftermath of the 98/99 Kosovan War resided in a purgatorial no-win state of emotional torture.  Years upon years going by without any real lasting commitment by their country’s government to account for all of the lost men, or acknowledgement of the war crimes committed by all sides of the conflict.  Thousands of potential widows and bereaved mothers unable to receive the closure they so desperately needed, betrothed to a cruel hope that one day their beloveds may miraculously return home.  Whilst the ones who tried to exercise some independence during this period – whether that be as a distraction effort from their own thoughts, a desire to escape above the poverty line, or simply because they enjoy the experience of self-reliance they couldn’t have had before – were at best gossiped about within the community and at worst actively assaulted and abused by the patriarchal misogynists who did make it home.  It was technically not illegal for a woman to get a driver’s license and go work in the city, but that didn’t mean it was approved of either.

One of the most infamous examples of this was in the village of Krushë e Madhe, colloquially referred to as the “Village of War Widows,” which was the site of one such massacre shortly after NATO’s controversial bombing of Yugoslavia began.  First-time writer-director Blerta Basholli sets her feature about this, Hive, here, specifically focussing in on the true story of Fahrije Hoti (Yllka Gashi).  Wife to a kindly beekeeper who disappeared during the War and hasn’t been seen in the seven years since.  Mother to a son who never met his father and a daughter who resents her for rarely grieving in public, bringing about a negative public image to the family from the other villagers.  Carer for her disabled father-in-law, Haxhi (Çun Lajçi), who may be physically impotent but still exerts control and verbal discipline on the household due to his status as the living patriarch.  Co-chair of the village’s women’s group of fellow widows.  Fahrije is her family’s sole breadwinner, taking over her missing husband’s honey-making business which Haxhi sells at the market, but the honey is barely bringing in enough money to help her and the members of the women’s group survive. 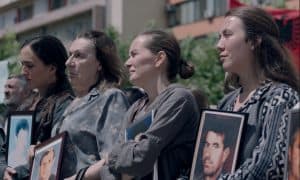 Basholli and cinematographer Alex Bloom’s camera frequently visualise the ever-present reminders of this stifling emotional arrest that Fahrije finds herself stuck in.  A serene-looking river that she repeatedly visits which has a rusted-out transport truck half-submerged on the bank, symbolic of the horrific past that cannot be forgotten no matter how hard everyone tries.  The set dressing of Fahrije’s house is one believably hovering on the poverty-line without indulging in inaccurate stereotypes.  It’s basic, with utilities hanging on by a thread, and feels stifling even though there’s decent-enough space for everyone.  (In general, the mid-00s Eastern European period aesthetics are really well done and do a lot to ground the mood.)

The camera heavily relies on emotionally distant close-ups of Fahrije which communicate just how stuck inside her own head she remains, drifting through her days trying to outwardly project strength and internally hold herself together.  Gashi compellingly embodies this balance, her face capable of simultaneously expressing defiance in the face of judgemental watching eyes whilst letting the viewer in on the longing hurt which resides under the surface.  It’s a very understated performance, even when Fahrije starts cracking in the film’s last third under the cumulative grief of potentially making some progress in finding her husband and stress of trying to create a women-run ajvar business in a misogynistic village unafraid of using intimidation.  There are even times where one can see Fahrije briefly letting herself feel some kind of legitimate happiness and they carry this melancholic tinge since Gashi demonstrates that her character has spent so long in numbed pain she doesn’t know how to process the feeling. 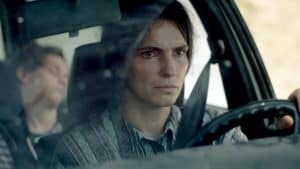 Gashi’s performance is the primary reason to see Hive as Basholli’s film otherwise spends about 90 minutes hinting at stepping up to that next level without ever really making actual moves.  Despite focussing in on a largely-unexamined aspect of recent European history, there’s not a whole lot in the substance of Hive which feels unique to the film.  It has that similar kind of emotionally monotone, reduced dialogue choking on pregnant pauses, pared-back visual style so much independent international drama – and, if we’re being brutally honest with ourselves, a lot of independent British and American drama as well – reverts to as standard nowadays.

Basholli’s direction does little to make proceedings pop, either, which is particularly a shame since the times where she does go a little more formalist are effective.  Occasionally, she’ll pull-focus towards passing male eyes in the background of a shot as Fahrije is going about her business and you can get a sense of the risk inherent in women trying to break out of patriarchally assigned societal roles.  On a similar note, Fahrije’s interactions with a pepper supplier who covets her and doesn’t have many qualms about consent utilise uncomfortable intimacy in the camera and clever focus-manipulation to evince the predatory power balance in their transactions without becoming non-diagetically exploitative.  A part of me wonders if Basholli could’ve leaned more into this genre-adjacent mode of storytelling, although I’m fully aware it could’ve run the risk of becoming disrespectful.

As it stands in this execution, the ajvar half of the film’s narrative feels more than a little undercooked and disconnected, a way for Basholli to try and put off resolving the emotional maelstrom Fahrije feels towards her missing husband.  Admittedly, that’s kind of exactly what Fahrije does in-film which is fitting, but means that the two thematic tracks don’t fully flow in the intended manner.  We’re ultimately following the narrative beats and pacing one would expect in a movie like this without a lot of flair designed to offset that ‘international film festival cred’ sensation, although a quietly sensational final scene successfully pulls things back across the cynicism line at the last moment.  Right up to the end, Gashi’s soulful performance keeps Hive powering along.