Moshpits, I’ve missed you. Sepultura moshpits, I’ve *really* missed you. The buzz of anticipation, the energy of the band and the fans, the ferocity of the sound, the camaraderie in the sweaty, physical chaos… it doesn’t matter whether you’re a hardcore mosher or you stand at the back to bear witness, it’s all part and parcel of the extreme metal live experience.

Brazilian thrash/death/groove metal giants Sepultura should have toured Quadra – their most recent and arguably most accomplished studio album in recent years – in 2020. But we all know what put the best-laid tour plans on ice in 2020.

“Everything was supposed to be 2020, but of course we couldn’t tour at all,” guitarist Andreas Kisser says, when we meet up in Hull’s Tower Ballroom on the day of the gig. “It was right at the time that we were about to start our American tour when everything stopped for the lockdown but, yeah, here we are and it feels great.”

When Sepultura did return to tour the critically-acclaimed Quadra album in 2022, a stage accident in the US kept their powerhouse drummer Eloy Casagrande off the stage for two months.

This Hull date is only Sepultura’s third live performance since Eloy’s surgery for a badly-broken leg – one of just three intimate UK gigs following the band’s appearance at Download festival on 11th June. The setlist has been adapted to fit with Eloy’s ongoing recovery. Just a few days before appearing at Download he shared a video explaining the challenges and his astonishing progress so far.

It’s worth the wait. In Hull, the recently-reopened 800-capacity Tower Ballroom has all the ingredients to host some truly memorable gigs and its bookers are securing some impressive names in metal, punk and indie that promise to blow the Grade II-listed roof off the place on a regular basis. It’s a sweaty, intimate venue, handy for the city’s train station and it has a faded glamour vibe that lends itself perfectly to metal. Despite this, there’s a sense among tonight’s crowd that nobody can quite believe that a band with Sepultura’s stature and influence in the metal world is actually playing here.

I return to the venue part-way through the first support band Cage Fight’s set. Cage Fight are relative newcomers on the scene – at least compared with Sepultura’s 37/38-year history – and it takes me a while to register that the rumbling death growl I’m hearing really is coming from singer Rachel Aspe. A quick Google reveals the roar is real. It’s been on France’s Got Talent, as it happens. As a lifelong metal fan who happens to be female, it means a lot to finally see frontwomen like Rachel Aspe of Cage Fight and Justine Jones of Employed To Serve in bands this heavy. A few weeks ago, Employed To Serve also played an incredible set in the even-more intimate, even sweatier, upstairs room at Tower – with support from Burner and Hull heavyweights Mastiff – all ones to watch if you’re not already. Here’s to many more gigs like these. Back in the room, veteran hardcore metallers Raging Speedhorn are up next as the venue fills, the crowd warms up and the excitement builds. Their two singers make sure things start to get lively, despite the challenges of an awful lot of band on not-an-awful lot of stage.

Then it’s time. Everyone’s suddenly in position. Tower is rammed. Sepultura’s intro Policia is on and the crowd erupts as the instantly-recognisable opening bars of 1991’s Arise fill the room. Lights and sound are spot on. It’s a beautiful moment, sealed in the knowledge that we’re about to experience 90 more minutes of moments like this.

Another classic, Territory from 1993’s Chaos AD album, is next, Derrick Green’s vocals and Eloy’s adapted drums sitting perfectly alongside Andreas Kisser’s guitar riffs and Paulo Jnr’s bass on these old-school thrash classics. There’s an energy and a chemistry between all four band members that just works – and, in this venue, we’re so close we can see every facial expression.

With Eloy – Sepultura’s drummer since 2011 – currently adapting his drumming style for his recovery, the setlist also had to be adapted, says Andreas before the gig. “Eloy’s surgery was a success,” he says. “He’s stuck to all of the plan, he’s still doing the exercises and taking it slowly, step by step. We chose a setlist that he could feel more comfortable with using his left leg – we adapt. We’re not at 100% performing some of the songs from Quadra – they’re difficult songs that are very demanding but we’re still playing a lot of Quadra and, of course, songs from the history of Sepultura. It’s only our third show, so we’re trying out the setlist and getting more loose, step by step.”

“We’re gonna take you through a walk of Sepultura history, all right?” roars Derrick Green, the towering vocalist of 25 years, as he introduces the first song of the night from Quadra – Means To An End. It’s more than all right with this crowd.

The elephant often lurking in the room when Sepultura fans get together is that, more than 25 years on, some are still pining for the late 80s/early 90s lineup of Andreas, Paulo, and Max and Iggor Cavalera. Fantastic back in the day, but… life goes on.

Today’s Sepultura – Andreas, Paulo, Derrick and Eloy – even when recovering from surgery – give us a blistering juggernaut of a performance right now in 2022 that has the moshpit going wild, sweat dripping everywhere possible… and nothing but good vibes.

As the lights come up, many of us in the crowd still can’t believe tonight’s gig really happened. One for the memory banks.

Sepultura’s Quadra tour continues in Europe this summer and returns to the UK in November 2022 for the second leg, with dates in Glasgow, Manchester, Wolverhampton and London, this time supported by Sacred Reich and Crowbar. Tickets here. 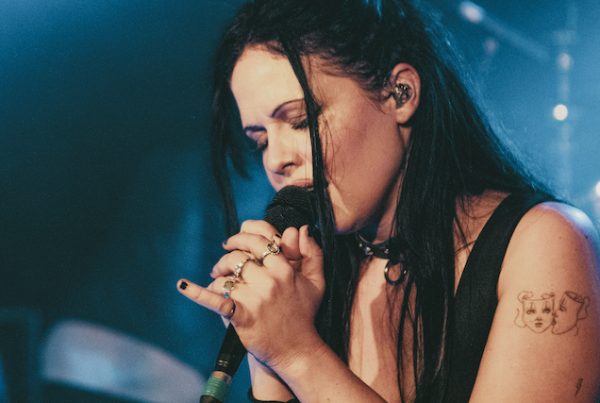 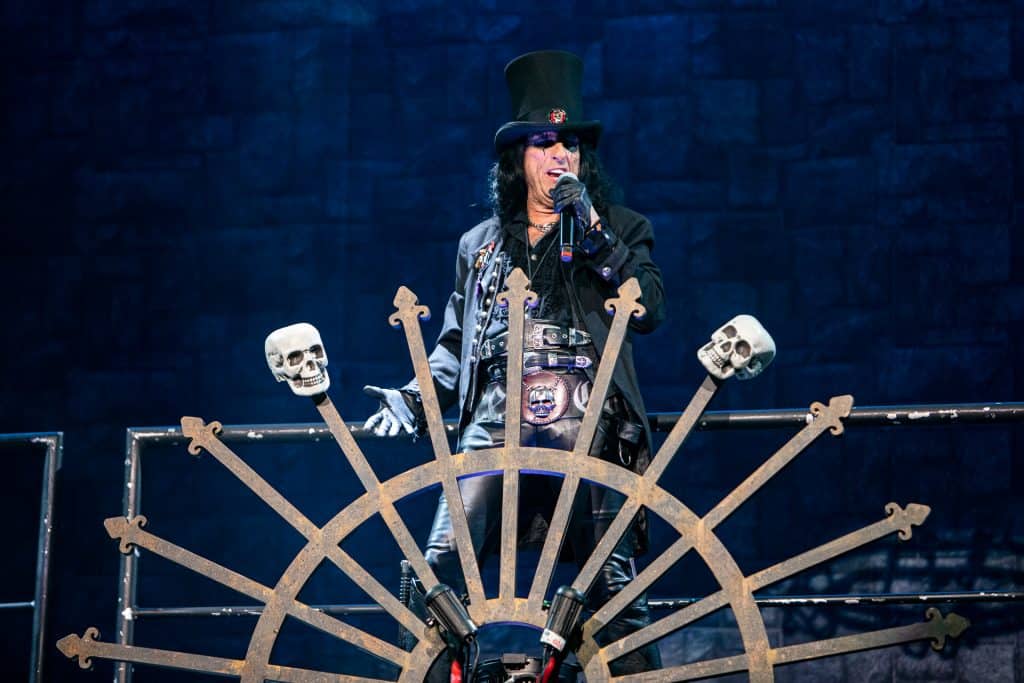