Electronic Dance titans The Prodigy announced earlier this year that they were going to be embarking on their first live tour since the tragic death of band member Keith Flint. It was described as being a celebration of 25 years since the group’s iconic album The Fat Of The Land was released. After a few shows around the country, the 19th of July saw the band hitting up Manchester on one of, if not, the hottest days of the year.

DJ, Jaguar Skills opened up for them with a set that got the hot and sweaty crowd riled up for the main act. His set mainly consisted of drum and bass and breakbeats however, the inclusions of metal acts, including Rage Against The Machine and System Of A Down as well as hip -hop such as Dizzee Rascal and Wu Tang Clan went down an absolute storm with the crowd. After over an hour of heart-racing, blood-pumping music, Jaguar Skills left the stage to the sound of ‘Teenage Kicks’ by The Undertones and the crowd stood in excitement for the main event.

After a while The Prodigy (Maxim, Rob Holliday, Leo Crabtree, Liam Howlett) walked onto the stage to riotous applause from the crowd. It was as if everyone had instantly forgotten about how hot they were, and consequently, were ready for the gig of a lifetime. Frontman Maxim asked the crowd if they were ready, and after what felt like minutes of silence the opening guitar lick of their smash hit ‘Breathe’ was released into the venue. As soon as the drums kicked in the crowd went insane with a level of energy that didn’t falter at all throughout the hour-plus set.

As the set progressed, the venue lit up with green lasers, and suddenly at the top of the stage an etching of a silhouette of the late great Keith Flint was projected and ‘Firestarter’ erupted in the building. The crowd’s response was deafening as people were screaming Keith’s lyrics at the top of their lungs. It was a beautiful moment in the set. Following the song’s ending the crowd started chanting “Keith” and frontman Maxim exclaimed “he’s still here!” over and over. It was a deeply emotional moment to be a part of.

The night continued with simply banger after banger. Highlights for me included the songs from 1995’s Music For The Jilted Generation whether it was ‘Break and Enter’, ‘No Good (Start The Dance)’ or the fan favourite ‘Voodoo People’. As well as this, newer songs such as ‘Need Some1’ worked incredibly well in the set as a sort of breather with its slower tempo in comparison to the breakbeats in earlier songs.

The Prodigy put on not only one of the loudest shows I have ever attended but one of the best. The setlist was all-killer no-filler and the band were on top form. I’d like to give special mention to frontman Maxim who kept the crowd riled up all night and didn’t miss a beat.

It’s sad to see the band without the icon that is Keith Flint, but it is admirable and nice to see the band continue on whilst still paying respect to him. The Prodigy whilst being 30-plus years in, continue to be one of the most electrifying live acts on the planet. 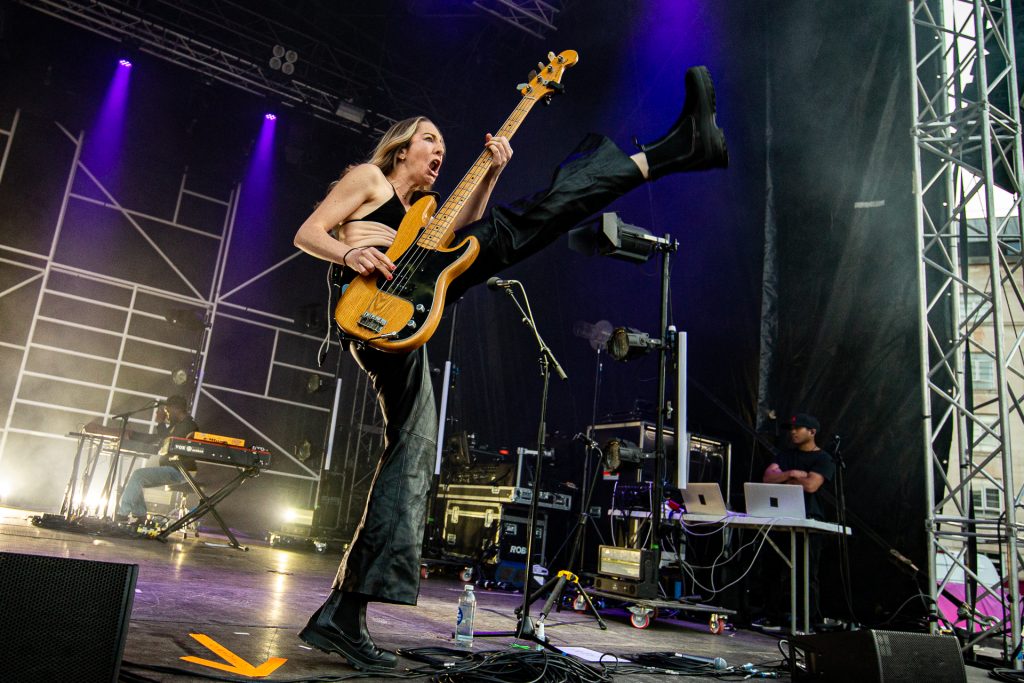