The Psychedelic Furs erupted into existence in 1977 – surfing Britain’s first punk rock wave. After a pandemic-induced delay, tonight they’re finally at Manchester Academy 2, playing in support of their latest album release Made In Rain (2020). With iconic hits like ‘Pretty in Pink’ and ‘Love My Way’ pulsing through Britain’s best underground clubs more than forty years later, it’s no surprise that Academy 2 is packed with eager fans. Though much of the audience was over thirty, scattered amongst the older crowd are Gen-Z and millennials yearning to hear the same pop alt-rock that enthralled teens of the 1970’s.

After sets by Wasted Youth and Pauline Murray and the Invisible Girls, the stage shakes with a thumping drumbeat. The sound of guitar distortion swells, spilling into the smoky blue atmosphere. One by one, the six musicians of The Furs 2022 line-up walk into the limelight. Frontman Richard Butler storms the stage wearing all black: a blazer, sunglasses, a tie and in typical rock n’ roll fashion – no shirt. Beside him is his brother Tim Butler, clothed in a decadently embroidered red blazer, bass in hand. Though Richard’s sunglasses obscure his eyes, his theatrical gestures match the lyrics he sings.

The band begin with ‘Highwire Days’ and as Richard croons the lyric ‘and we put on our prettiest face’, he mimics the motion of applying mascara. Keyboardist Amanda Kramer accentuates each song with a funky underscoring of piano melodies. For me personally, Mars Williams, saxophonist, and clarinettist stole the show. His talents really come alive when they play the hit song ‘India’. Flawless execution of jazzy melodies, impressively long solos, and seamless switching between instruments firmly marked Williams’ performance as a highlight of the night.

Though the setlist didn’t neglect their older sing-along hits, the band highlighted tracks for their latest release, with ‘Ash Wednesday’ and ‘This’ll Never Be Like Love’ debuting at the Academy 2.  Though the unfamiliarity of the new songs prevents some of the same enthusiasm prompted by the popular ‘Love My Way’, the new tracks still capture the audience’s attention. We watch in awe at how well the band members compliment each other. Like a well-oiled machine, each track is expertly executed, it’s polished and at times showy, control of their instruments delights the crowd, spurring whoops and gasps at times.

Even though they’ve been at it for more than forty years, it’s clear that The Psychedelic Furs haven’t lost their touch. Through the heightened attention on instrument solos, their captivating live performance and sound perhaps even exceed the experience of listening to their studio recordings.

You can buy the remaining tickets for The Psychedelic Furs’ tour here. 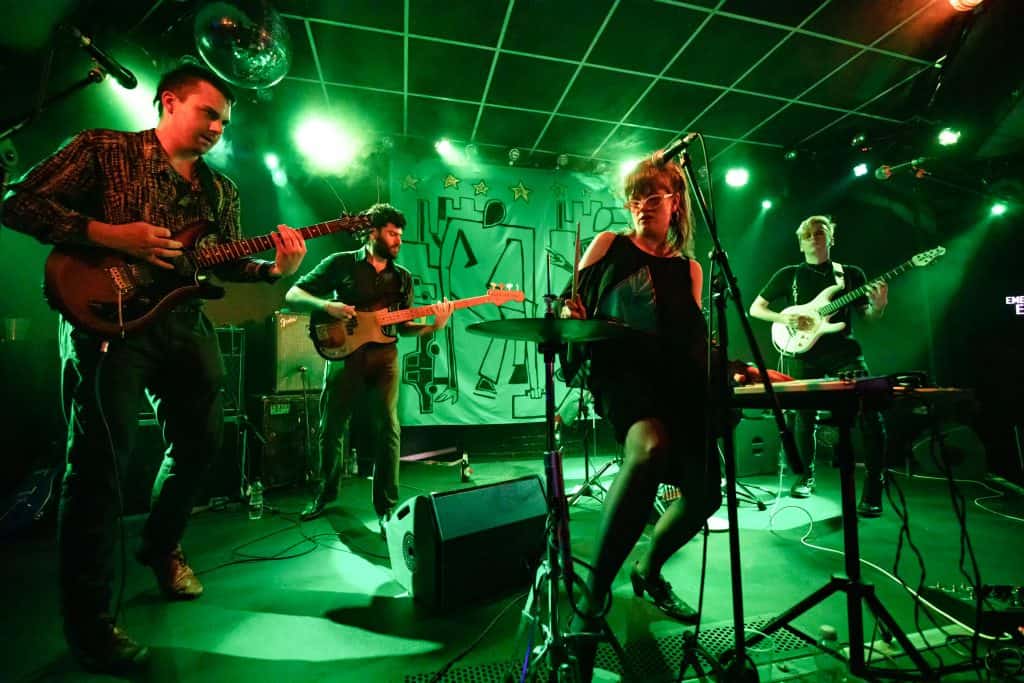