In the life of music fans, there are bands that just come along and take it to a whole new level. The music of Chelsea Wolfe, and her incredibly talented band is a wonderful example of this. Chelsea Wolfe can make you feel things within the live arena that no other act can. This is spine-tingling, it’s beauty, death and despair in one massive, distortion-filled aural fix. 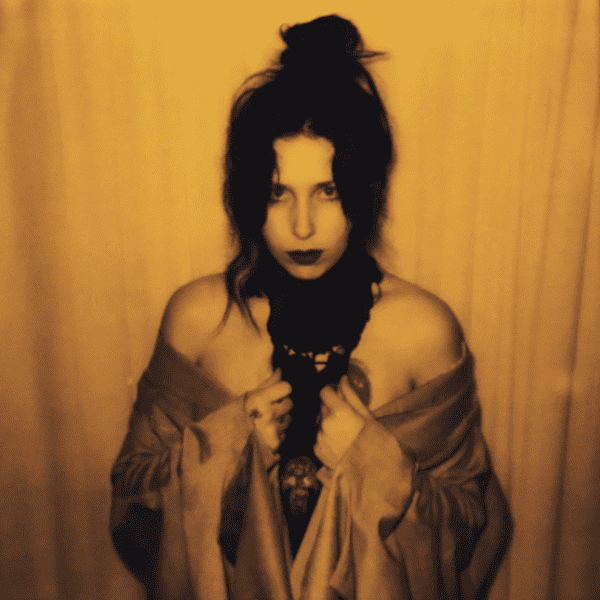 Gorilla is suitably rammed tonight, True Widow and King Woman set the night off nicely with their own mix of dark, intense and brooding sounds that build up to Chelsea Wolfe’s performance well; an excellent showing. Both King Woman and True Widow are touring the world in their own right and appealing to legions of new and old goths, post-punks and metalheads, and that’s pretty special.

Despite a few sound issues to open things up, Wolfe’s sound is delightfully doomy and intense. ‘Feral Love’ and ‘Carrion Flowers’ are both powerful introductions that create that ethereal atmosphere that makes Wolfe’s shows so appealing and ..well dark.

The band are so tight, and it creates an exceptionally evocative show – we’re not just looking at the powerful and imposing figure of Wolfe, but the awesome drums, raging riffs and touching synth lines. This is a performance in the truest sense; there’s a theatrical, seductive element, backed by quality musicianship, and the super-appreciative calls of a packed out Manchester venue. Yes, mate.

Probably the best show we’ve seen in 2017, so far. Absolutely enthralling from first to last.