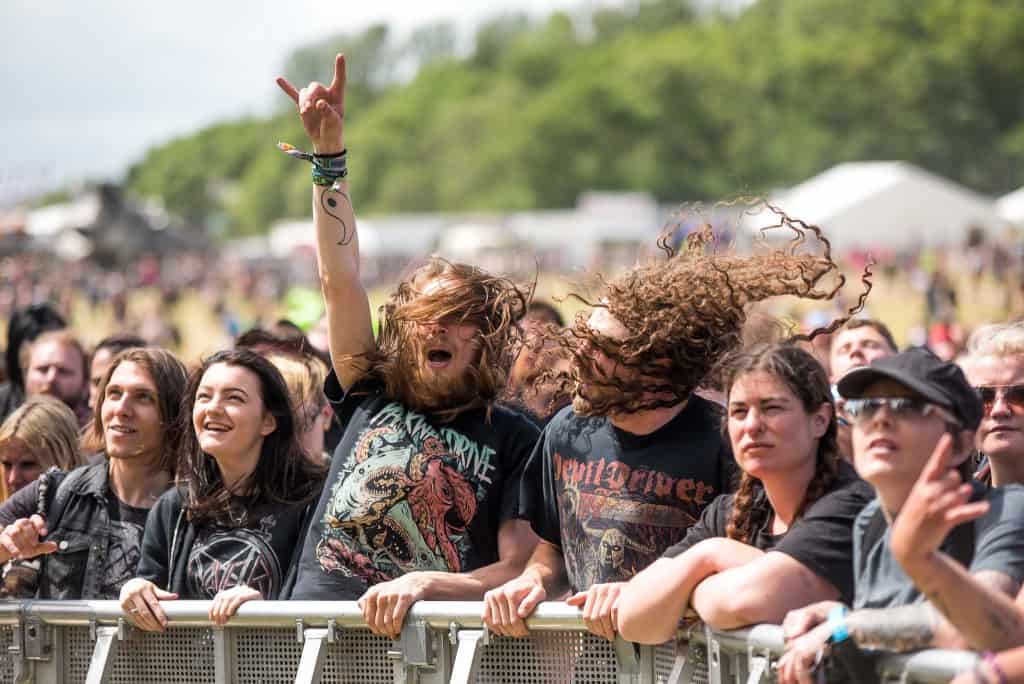 Ah! The final day of Download Festival 2017 and the post-festival blues are already starting to kick in. What a year it has been so far though and you know what the craziest thing is? Day three of Download Festival 2017 and still no serious rain! The ground is miraculously green and it looks beautiful! Anyway, no point moping around at the thought of us heading back to reality, we still have one more day of this bad boy left.

Today we are kicking off the main stage in style with none other than Y2J himself, Chris Jericho and his band Fozzy. Even though they are opening up today it is clear from the get go that doesn’t matter one bit to the heavy metallers who treat the show as if they were headlining themselves. Complete with fire, leather studded jackets and Freddie Mercury style “repeat after me” singing, Fozzy put on one hell of a show and instantly raise the energy levels of the crowd who even on the third day are showing no signs of tiring. Rushing into the crowd, Jericho greets the front-row fans and even takes selfies mid-song whilst singing! Closing with the brilliant ‘Enemy’ the crowd are well and truly alive again. “That’s how you start a rock ‘n’ roll show at eleven in the morning”, you’re damn right it is, Chris. 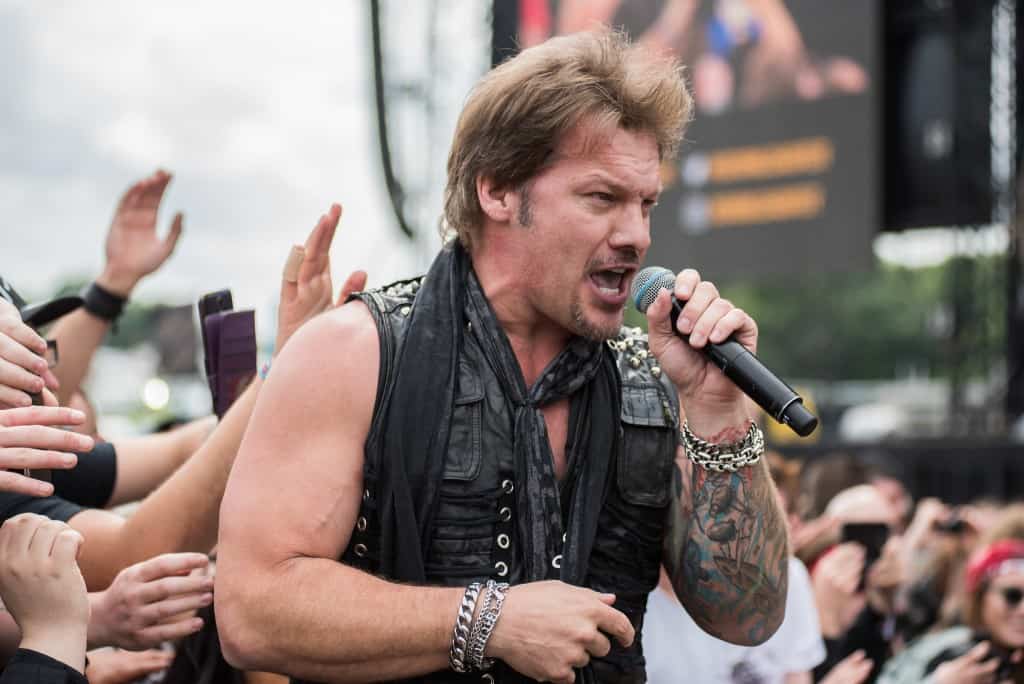 “Do you guys prefer Download or Donnington?” asks Red Fang frontman Bryan Giles. Carrying on with the hard rock feel of the day, the Portland quartet hit up the second stage bringing there blend of hard-hitting stoner metal mixed with subtle complexity with them. They bring the perfect vibes for this hazy early afternoon as they open up with the awesome ‘Blood Like Cream’. Ending on fan favourite ‘Prehistoric Dog’ the energy levels jumps up another notch.

In Flames want to address a serious issue with Download Festival. They are not happy. “We are from Sweden”, explains frontman Anders Fridén, “and being Swedish, we like to drink. So, imagine our disproval when we were given this back-stage”. Bringing out the smallest of beer coolers, seriously, it would have probably been maxed out with three cans in there, he places it at the front of the stage as the band tower over it. “This is our Spinal Tap Moment” jests the jester-head. Beer or no beer, it doesn’t stop the Gothenburg masters of melodic metal from pulling out an incredible show. Starting the proceedings with the brilliantly dark riffs of ‘Wallflower’ the guys run through a set which spans their twenty seven year career (I know, right?!) before closing with the a string of fan favourites ‘Cloud Connected’, ‘The End’ and ‘Take This Life’. 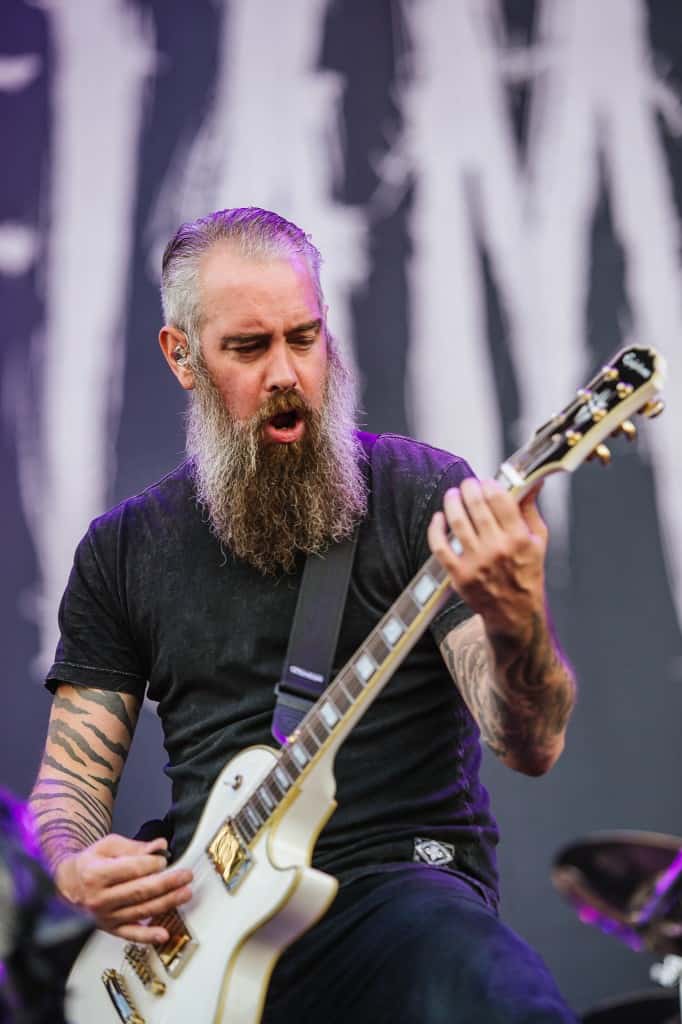 Anathema used to be heavy as hell! At one point their brutally dark brand of Northern doom metal would have terrified most of the bands on the line up today but these days they just stun people with their melancholic beauty. Through the years, the Liverpudlians have evolved their sound in to a much softer, more complex style. Long gone are the death metal growls, replacing them with incredible harmonies and emotions. Their latest musical offering, The Optimist, came out just days ago and I’m already itching to get back to give it a listen. Opening up with ‘Leaving it Behind’, fans here at the festival are treated to a new track from said album before going in to my personal favourite track ‘Thin Air’ which, like always, sounds incredible. Unfortunately, due to technical issues, sometimes frontman and guitarist Vincent Cavanagh’s guitar isn’t always audible front of house which, through no fault of their own, sometime takes away from the impact of the songs. Only playing a short set, Anathema run through a selection of songs from recent albums and though it would have been nice to hear a track from ‘Alternative 4’ or ‘A Natural Disaster’ it is still an incredible show leaving me wanting more.

Ministry are everything you expect them to be. This is my first time seeing the industrial heavyweights but they were everything I had hoped them to be; noisy, dirty and frantic. From start to finish it is a high energy onslaught of insanity and organised chaos. Al Jourgensen is in a way, like a fine wine, but instead of getting finer with age, he just gets crazier. The ringmaster is just as entertaining today as he was when Ministry started back in 1981. From the opening track, ‘Psalm 69’, Uncle Al is running around the stage like a mad man which is crazy considering he is nearly 60! Fan favourites like ‘N.W.O’ and ‘Just One Fix’ go down a treat before ending with the classic ‘Thieves’.

There is always an air of class and coolness around Opeth. Maybe it’s the intricacy of the their progressive metal masterpieces, the smooth personality of frontman Mikael Åkerfeldt or just the fact that they are so laid back on stage, not even straining to throw out the deepest demonic growls around. Either way, they are a band that never fails to impress and tonight is no different. After opening up with the quirky organ sounds of ‘Sorceress’, Opeth break into the behemoth of a track ‘Ghost of Perdition’ showcasing Åkerfeldt’s heavier side for the first time this evening. It sounds incredible. “I normally talk a lot of shit” explains the frontman before recommending the crowd to go see them on their upcoming tour. Do it. You will not be disappointed. After what seems like no time at all, Åkerfeldt announces “This is our last song” to which the crowd boos, “But it’s ok, it’s about three weeks long” he says before closing with the brilliant “Deliverance”.

Aerosmith are back at Download Festival! The final band of the final day and all eyes are on Steven Tyler and the gang. As the stage lights drop, the huge crowd roars in excitement as the familiar sounds of a generation play along with a nice video showing the history of the legendary ‘Boston Bad Boys’ and the many successes of their massive forty-seven year career!!! The lights shine from the stage as Aerosmith come out to a massive applause before playing the opening track ‘Let the Music Do the Talking’. They even leave the screen blank to add to the excitement and to push the meaning of the first track.  As the screens come on and the people stood one hundred miles away from the stage get a glimpse of the band for the first time they break into ‘Young Lust’ and it’s clear from the start that Tyler  has still got it and is in fine voice. Strutting around the stage like the rock start dressed in what can only be described as, well, imagine Elton John had directed Pirates of the Caribbean and he got the lead role and you’re pretty much there, Steven Tyler breaks into the classic ‘Love in an Elevator’. The only thing with the show is that, with it being a headliner you kind of expected a little more in terms of a stage show. The stage looks very plain in comparison to some of the other acts over the weekend which is  fine, like they say, let the music do the talking but the “special effects” running over the live video streams are, to be honest, laughable. The fire effect looks like a cheap Snapchat filter that actually takes away from the band more than it adds. It’s a shame really as this is supposedly Aerosmith’s last ever UK show, though we have heard them statements from huge bands before, I’m looking at you Sabbath. Musically though, Aerosmith are brilliant and the songs sound just as fresh now as the day they hit the record stores. ‘I don’t Want to Miss a Thing’ creates a huge sing along and a cover of the classic Beatles song ‘Come together’ sounds awesome. Finishing on the timeless classic ‘Dude (Looks Like a Lady)’ before an encore of ‘Walk This Way’, Aerosmith show the young ‘uns they how to do it and that they are still a force to be reckoned with.

Well, that brings us to the end of another Download Festival and we have loved every minute of it. See you next year! 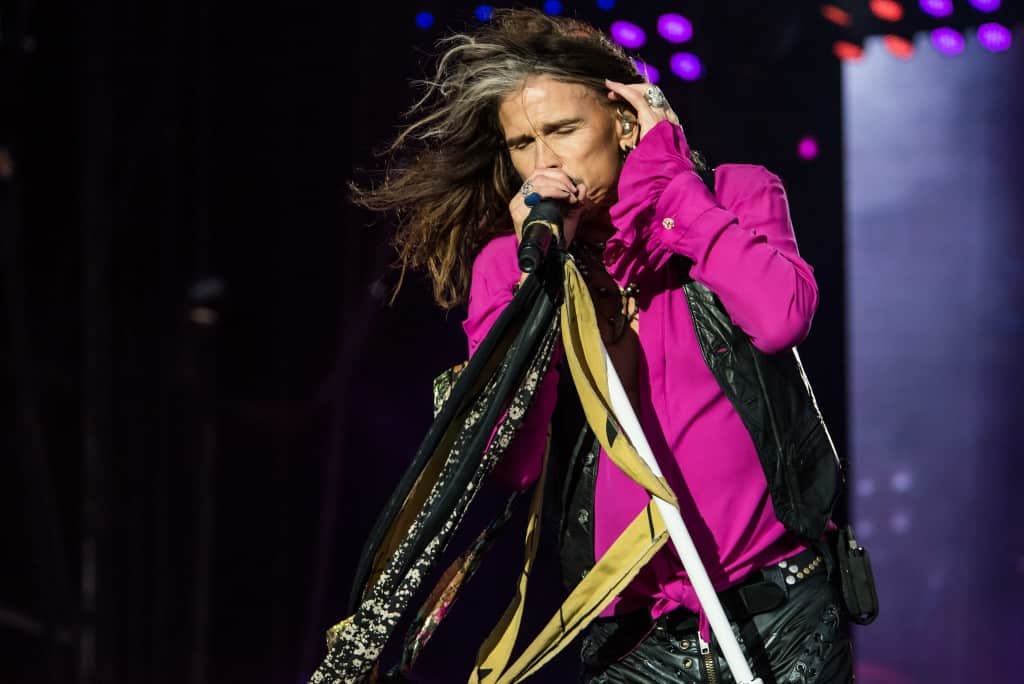