Yorkshire! Yorkshire! Yorkshire! We know how to do it right up here in the cold north. It may be wet, it may be muddy. But this is the mighty Leeds Festival and nothing is going to stop us. 2016 may have come off to a soggy start which would see the whole site starting to resemble Shrek’s swamp, but the sun reappeared for a while and this is what went down on Friday. 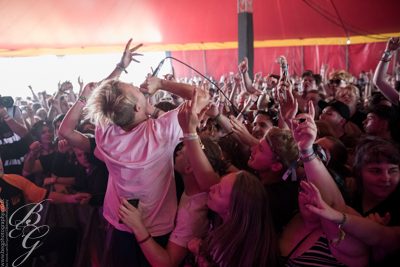 Eastbourne pop punks ROAM hit the Lock Up stage mid-afternoon to a huge crowd. Filling the tent with catchy sing along chorus’s and a lot of bouncing. Highly energetic and hugely entertaining, front man Alex Costello takes no time in getting up close and personal with the crowd. Still celebrating the release of their debut album ‘Backbone’ earlier in the year, the boys play a brilliant set.

Over on the NME stage, we catch up with Rat Boy. This was my first experience of a Rat Boy show so I had no idea what to expect. The band come out in larger than life masks along with dancing zombie in GOTBUSTED PENITENTIARY orange overalls, like you do. The crowd have turned up in the thousands to check out Rat Boy and you can tell why. His unique brand of indie rock and hip hop is perfect for a Leeds Festival audience and they go down a storm. 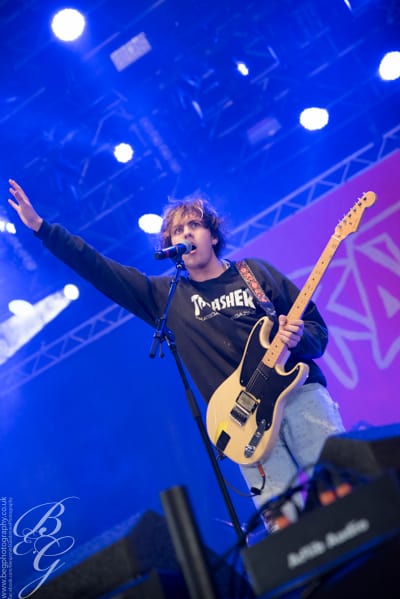 Arcane Roots, start things off slow. Sat at the keyboard, guitar ready, frontman Andrew Groves opens up this haunting set . Tearing themselves away from the writing of their second album, Arcane Roots show just what they are about. They are a powerful force of a band, full of beautiful melodies, raging riffs and songs that take you on a journey. Just my cup of Yorkshire Tea. 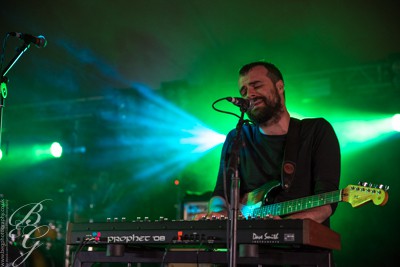 Back over to the NME stage and we have Kentucky rockers Cage the Elephant. Dressed for the sunshine in a lovely Hawaiian shirt. Frontman, Mathew Shultz wastes no time in introducing himself to the audience. Shultz  jumps and dances his way through the show in a way which would make a young Mick Jagger jealous. 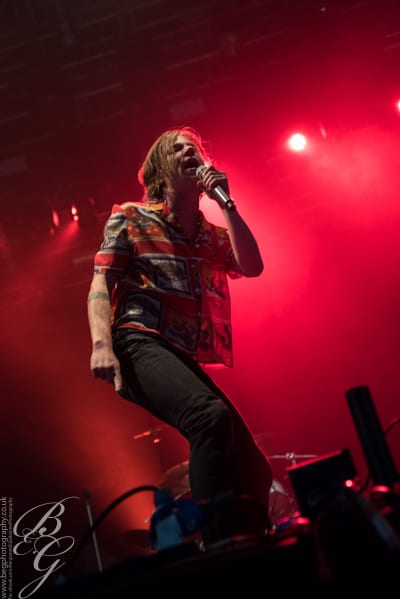 A bit later we catch a bit of Fall Out Boy on the main stage, who have gathered a pretty big crowd which was to be expected. What wasn’t expected though was the fireworks, pyros  and dancers which don’t really do a lot at 6 o’clock on a sunny Friday evening, but ah well. Firing through the sing-alongs we have all come to know (and love?) they leave the crowd waiting for the Biff. 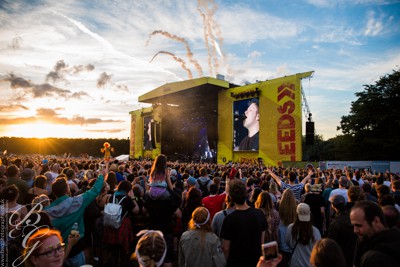 Meanwhile, back over on the Lock Up stage, we check out those smartly dressed chaps in The King Blues. The London lads are right at home on this stage and are loving every minute of it. Riding the wave of their comeback record ‘Off With Their Heads’ (the guys split up in 2012), they storm through with their unique blend of punk and Hip Hop. 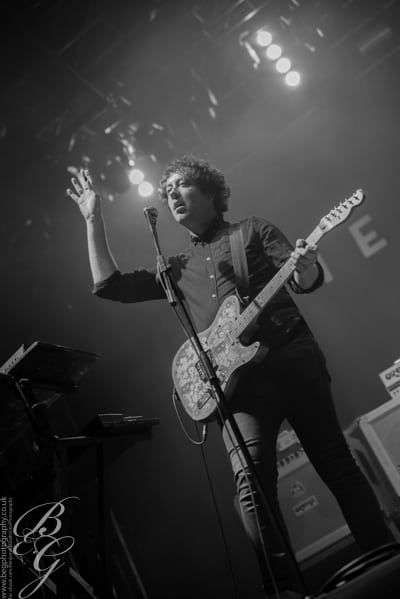 Over on the NME stage it’s time for the The Wombats, who do what exactly what they do best to a huge crowd. The loveable Liverpudlian/Norwegian indie rockers play through a set of sing alongs to a brilliant reception.

Friday night NME stage headliners, 1975, take to the stage. Looking like they have walked straight out of the 80’s and with a brilliant stage set representing a city ‘scape, they fire through all those tracks which are on Radio One all the time. You know the ones. This is a band that has worked their way to the top of the charts and to the top of  this stage and tonight you can see why they are here. 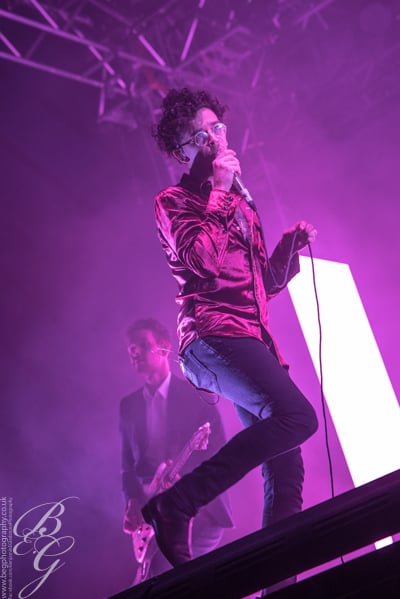 Friday night main stage headliners need no introduction. Biffy Clyro have earned their way here through albums which are now considered masterpieces. And their live show is no different. With a set up featuring huge frame like white squares and a light show that would make Jean Michelle Jarre hang his head in shame, Biffy wow the audience.  But I’m left thinking that even with out the lights, Biffy would have been just as incredible and flawless. The thing about the Scottish trio though is that they all seem so grounded and laid back. With Simon Neil opening words to Leeds being  “So, A$AP Rocky pulled out? Lazy fucker…probably off fucking a Kardashian”. Ending with a huge firework display (take note Fall Out Boy), Fridays at Leeds Festival 2016 is closed. ‘Mon the Biff. 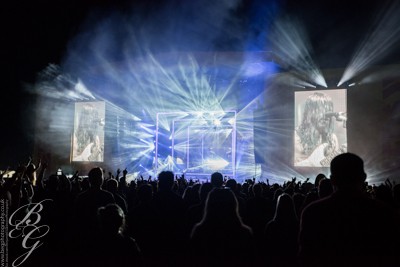 To see all the images from Friday, head over here.