It’s Saturday. We are hung over. We are muddy. But, we are Leeds and that isn’t going to stop us. With the sound of last night’s Biffy Clyro still ringing in our ears we take to the arena for a second day of pits, pints and partying! 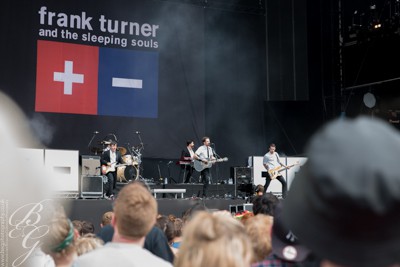 Frank Turner and his band of Sleeping Souls are opening up the main stage today and instantly blow away everyone’s hangover with his ode to Rock ‘n’ Roll anthem ‘I Still Believe’.  This is Franks record breaking  10th year playing Reading and Leeds! This is a guy that has headlined Wembley Arena, played the opening ceremony of the London 2012 Olympics and, in my eyes, the UK’s best singer/songwriter (can you tell I’m a bit of a fan?), so to have him this early on the main stage is a crime. But, as the man said himself, he has been put on to get everyone up and ready for the day ahead which he does perfectly. Apologising for not being a death metal band he offers up his equivalent of a wall of death and splits the crowd for a wall of hugs. What a lovely start to a Saturday morning.

Next up we have another Frank, Frank Carter, playing with his new band, The Rattlesnakes. It’s hard to believe they have only been around eighteen months but after seeing this show you can understand the hype. It doesn’t take long before the energetic front man is stood on the crowd. Taking it to the next level, Frank manages to open up one of the biggest circle pits I have ever seen, with Frank stood in the middle, screaming his heart out. This is a man who puts everything into his performance and always has, even with his previous bands, The Gallows and Pure Love. Now with the brilliant Rattlesnakes backing him, I have a feeling this project will go far. “I’ve never played the main stage before” exclaims Carter, “I don’t think they will let me again”. 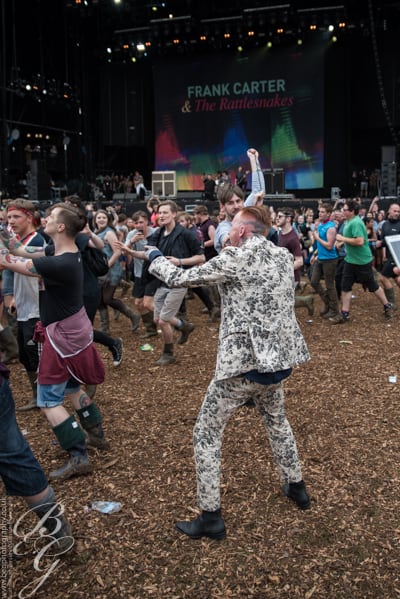 I had to check them out, the highly controversial South African Rap-Rave group, Die Antwoord. You know, the bad guys that were in Chappie. Die Antwoord will always split opinion, but Ninja and Yolandi will never stutter when it comes to telling people just what they think. You gotta hand it to these guys, they have made one hell of a career from being notoriously difficult to work with and highly offensive but the music speaks for itself, and today at Leeds, they go down a treat. I’m thinking that maybe an indoor setting would create more of an atmosphere but I doubt they would have allowed them self to be anywhere but the main stage.

Over on the The Pit Stage (yesterday’s Lock-up), we have San Antonio alt-rockers Nothing More. Starting the set with the industrial-esque  duel drumming, they kick in to the beast of a track ‘Christ Copyright’ which sets the tone for the show. Highly energetic, highly entertaining, and sounding like a cross between The Mars Volta and NIN, what’s not to love? 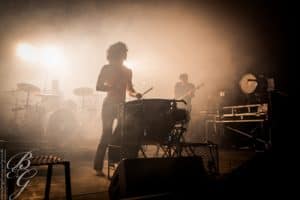 Next, we have Djent/rap heavy hitters Hacktivist. Opening up with a brilliant cover of Limp Bizkit’s ‘Break Stuff’ before launching into their unique brand of no holds barred metal crossover. No other band sounds anything like these guys at the moment and they are instantly recognizable. The bass heavy, behemoth riffs and intelligent, anti-government lyrics ignite the crowd and are a perfect release for such a turbulent times. Imagine if Meshuggah released a grime album and you’re pretty much on track with these guys. 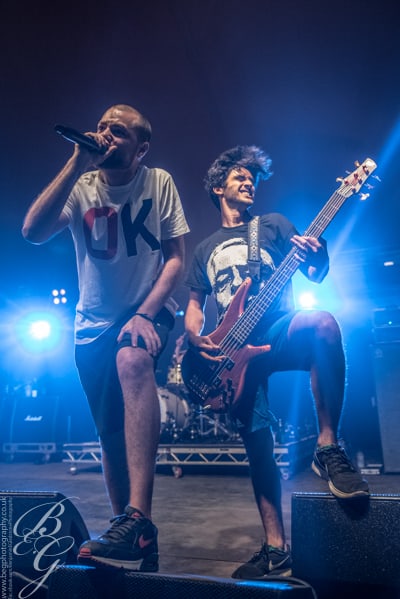 Over on the NME stage we have the alternative US duo, Twenty One Pilots. These guys have become huge over the last year or so, and after the having the track ‘Heathens’ featured on the recent Suicide Squad film, seemed to have catapulted even further. With such a massive stage for just two guys to fill, you would have thought they might seem a bit lost holding a ukulele , but the sound they create fills the whole tent. Huge anthems and an incredible performance, the crowd can’t get enough. Boy, can that guy rock a uke’. 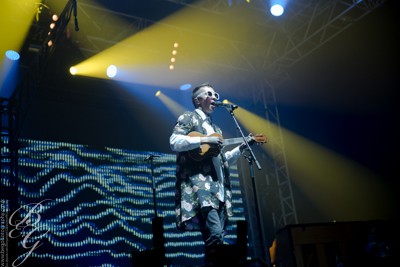 Back over in The Pit, Calafornian alt-rockers Thrice are back on the scene after their recent hiatus showcasing their new album ‘To Be Everywhere Is To Be Nowhere’. It’s exactly what you would expect and what we have come to love about Thrice. It’s all about the punchy chorus’s and atmospheric fuelled verses. Thrice do what they do best. 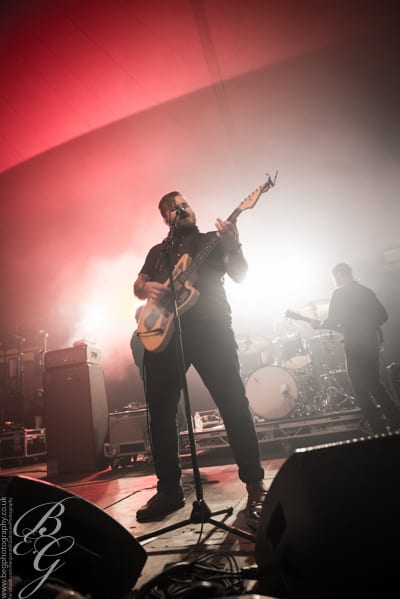 Over on the Festival Republic stage, local lads, Pulled Apart by Horses are ripping it up. It’s not long before they are jumping into the huge crowd with their grunge tinged alt-rock. Rising from the ashes of numerous bands, PABH have now established themselves as one help on a band with one hell of a live show. This is what they do best and tonight is no exception. 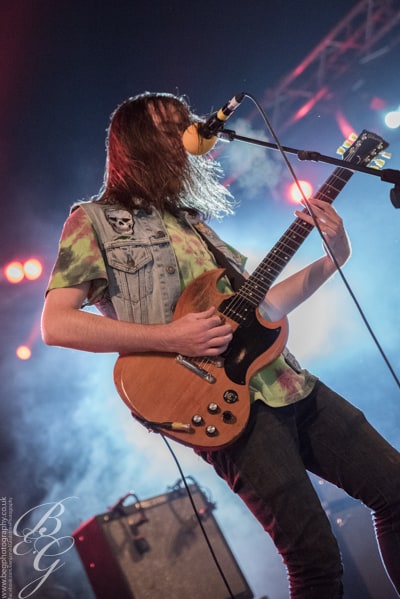 Back to the NME Stage for something a bit different. Jack Ü, an American EDM super group consisting of Skrillex and Diplo (I’m not going to pretend I know who he is, but I’m sure he is famous, right?) have brought along one hell of a light show. I’m not a big dancer myself, so I’m never quite sure what to do at shows like this but the crowd do and go crazy. I’ll just watch the pretty lights. The get the crowd jumping and pumped up and are excellent at what they do, but this just isn’t my cup of tea. 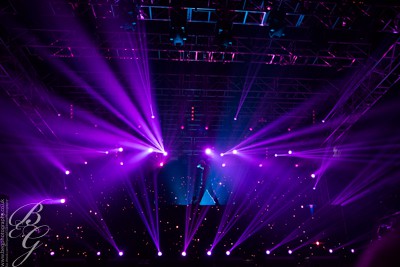 Saturday night headliners over in The Pit, we have another set of local lads, York’s very own Asking Alexandria. Now back with new vocalist, Ukrainian Denis Stoff, AA hit the stage one member short. But that isn’t going to hold them back and they seem at ease. Creating such a huge sound despite missing their lead guitarist, the packed out tent goes crazy with pits opening up throughout the show. I think a lot of people had wrote these guys off with the departure of original vocalist and founding member Danny Worsnop, but Asking Alexandria are back and kicking arse. 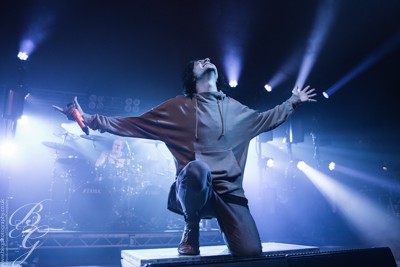 To see the rest of the shots from Saturday, click here.