There is a massive queue down the street in Sheffield but it’s not at the Arena where Arctic Monkeys are currently playing. This is a rock crowd and the variety of tour shirts on offer show that this 3 bands bill will be one to savour. It’s Halestorm’s first stop on a short UK tour and along with Lzzy Hale we have Avatar making a return to the UK after their storming set at Download, and the popular all female two-piece Rews. What a night, no wonder this tour is completely sold out. 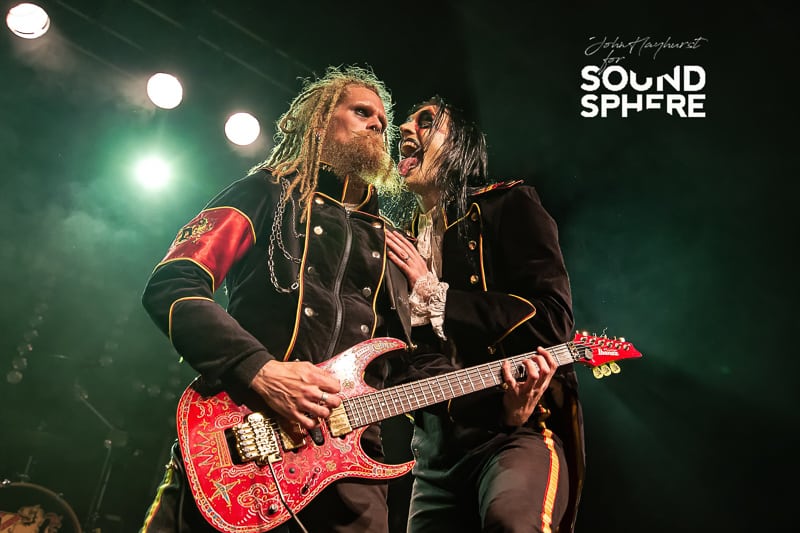 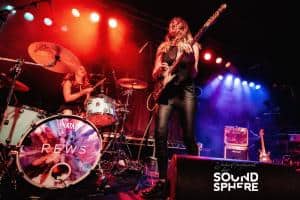 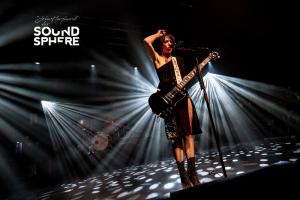 So Rews are up first and having gradually increased their fan base through constant gigging and playing any festival going, they find themselves on stage supporting a heroine of theirs in Lzzy Hale. 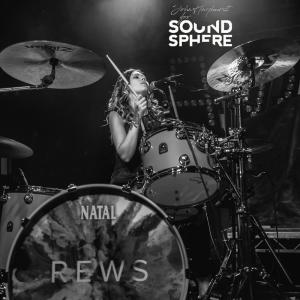 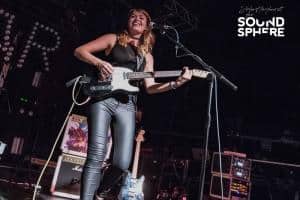 A great honour and both Shauna Tohill(Guitars/vox) and Collette Williams(drums/vox) are well aware that this is a chance to show a large audience what they are all about. It is a little more pop/rock than Royal Blood, but incredibly infectious riffs and rhythm from the London/Belfast alt duo. 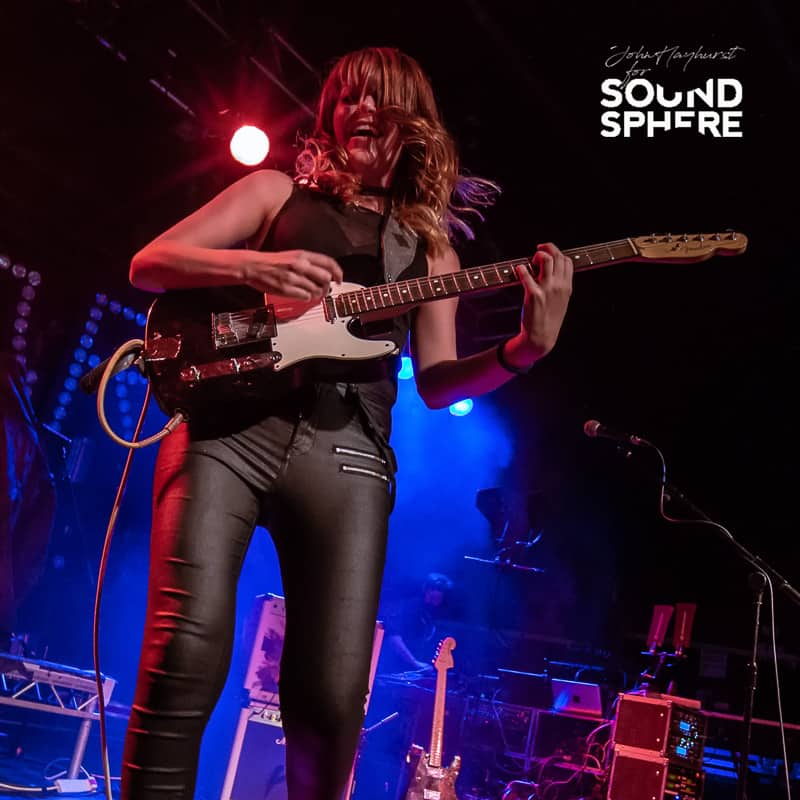 New album just out called ‘Pyro’ and they played most of it tonight. Watch out for their own tour in November as they rock hard with a big sound and big smiles, it could be the last chance you’ll get to see them in tiny venues. 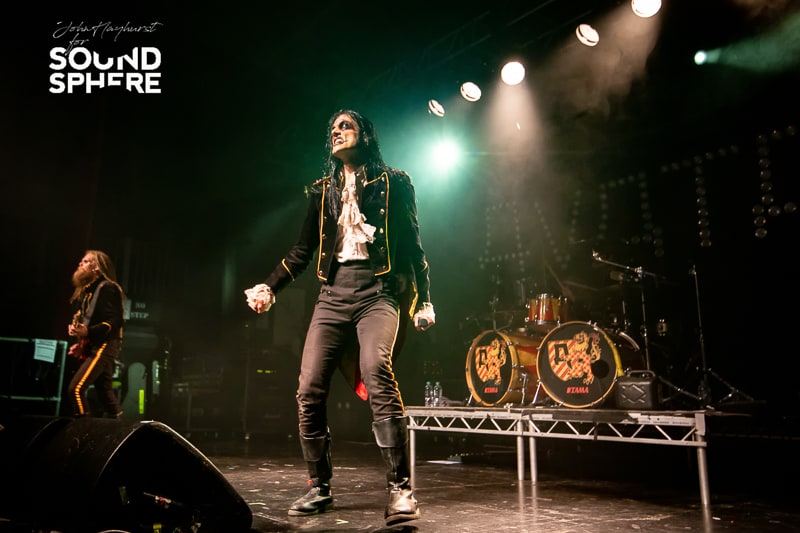 Then we had the long-awaited return of Avatar who stormed Download by force, their set there had a high throne for the ‘King’ – guitarist Jonas “Kungen” Jarlsby – the stage here in Sheffield can’t cope with a throne, so we have to make do with some bright white lights spelling out Avatar behind the drums. 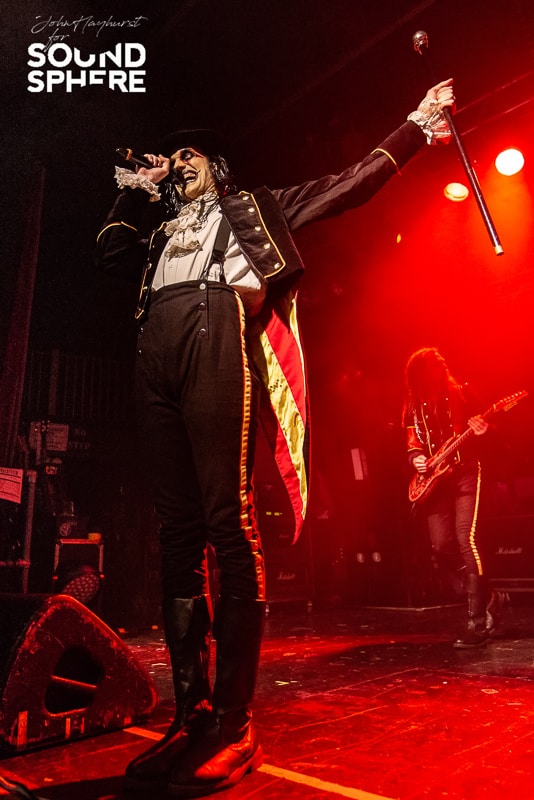 That didn’t put off Johannes Eckerström who still plays the frontman role with some high energy and theatrics. His clown like facepaint helps and at times he comes across as a comic book character with a tendency to headbang through the thrash riffs. Culminating in his description of everyone as “Freaks” and that we should all embrace our freakiness (a fair message) he then introduces ‘Smells like a Freakshow’ which is still a corker even though it’s now almost six years old. Strange that this band haven’t got the following that they should have here in the UK, Eckerstrom looks an ideal Alice Cooper understudy, all that may change next year when they go on their own headline tour. 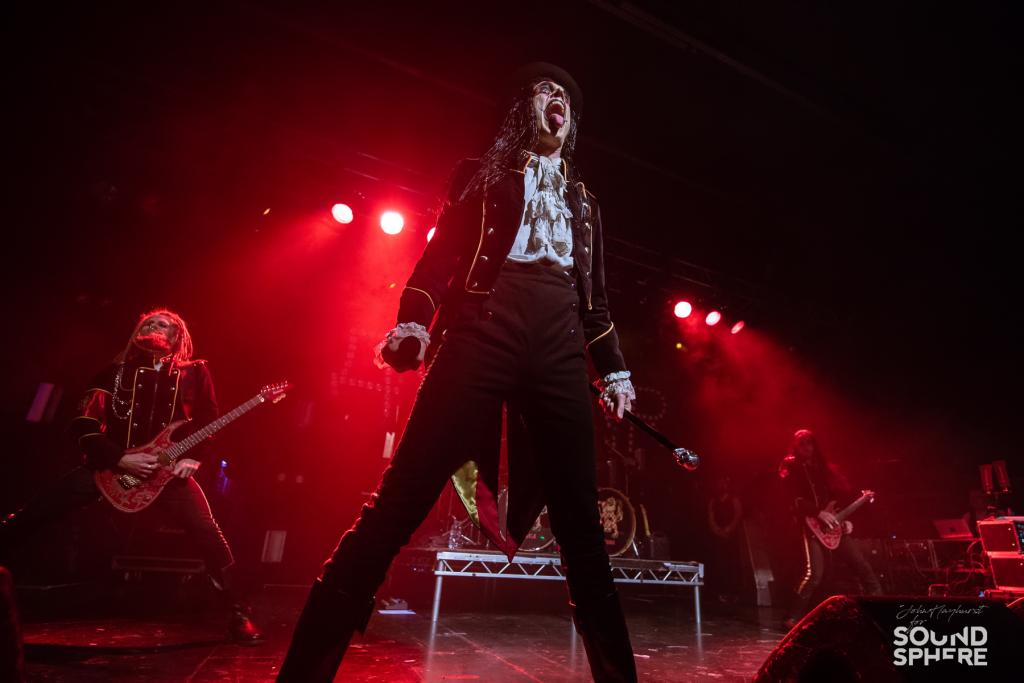 Avatar were a hard act to follow, but in support of their latest album ‘Vicious’, Halestorm step on to the stage and go straight into ‘Black Vultures’ and then ‘I am the Fire’, it is a vicious one-two (see what I did there) and already Lzzy has the crowd just where she needs them. 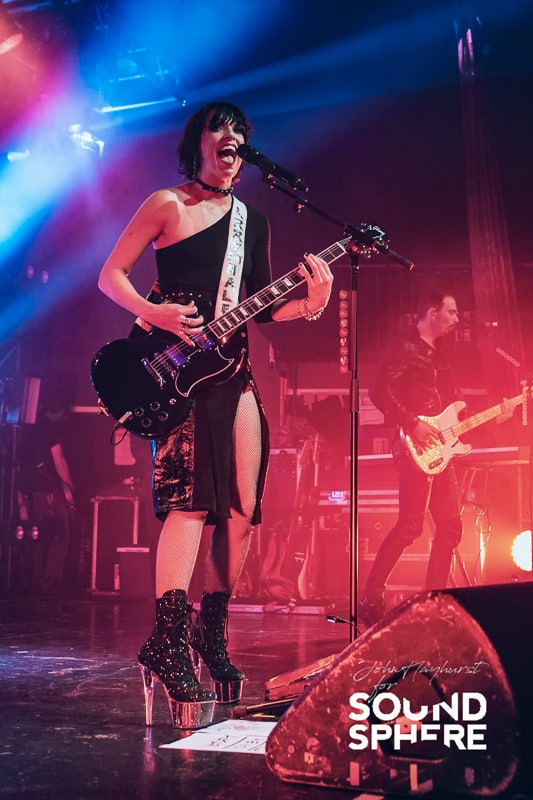 She is wearing a dress, it’s off one shoulder with a split up the side and some killer heels that were probably once Gene Simmon’s cast offs. Looking equally glam and rock chic, if Joan Jet really knew how to Rock n Roll she’d be Lzzy Hale– her voice is unbelievable, and the interaction between her and the audience is non-stop throughout this rock n roll show. 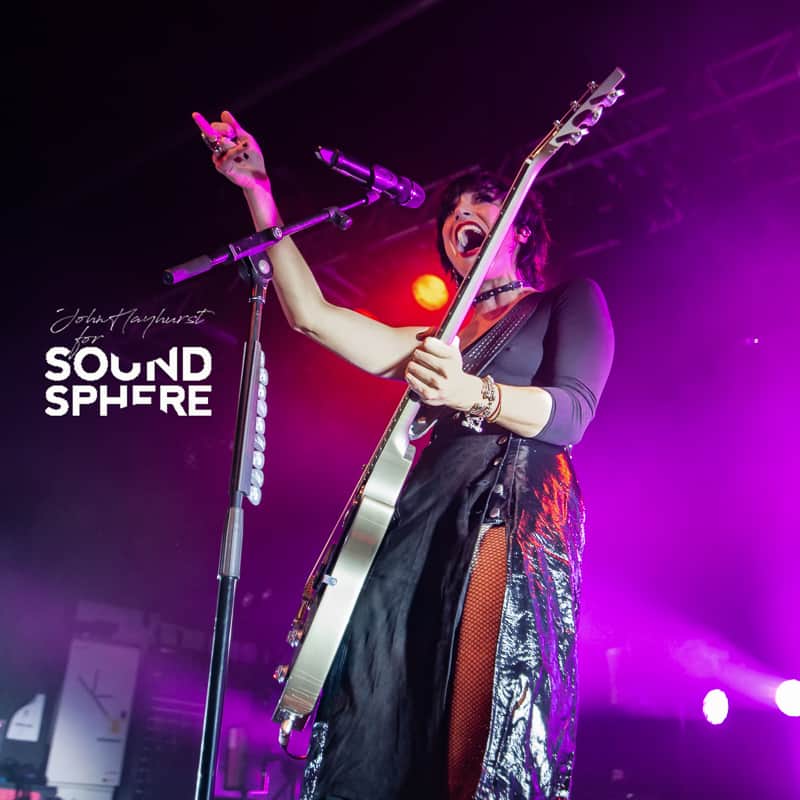 Goosebump inducing moments occur when Hale sings completely on her own, a slow version of ‘I Get Off’ and then straight into a storming version of new song ‘Do not Disturb’. Mixing the new and old well during the set until the moment where we have the obligatory drum solo. I’m no fan I’m afraid, and even before brother Arejay Hale produces the huge drumsticks for the end bit, I have already been to the loo and bought a pint at the bar. 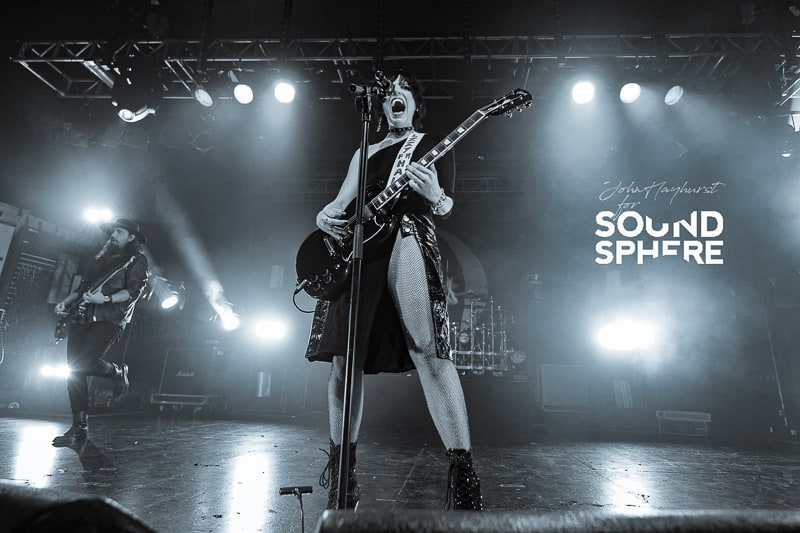 Thankfully ‘Freak like Me’, ‘Love Bites (So Do I)’ and ‘Mz.Hyde’ get us out of the pantomime and back in the rock circus – this run in to the encore is why we came to Sheffield on a wet September night. ‘Killing Ourselves to Live’ was the most powerful sounding track, almost a ballad at times but still possessing Metallica like strength and then the screams from Lzzy hitting the right spot. 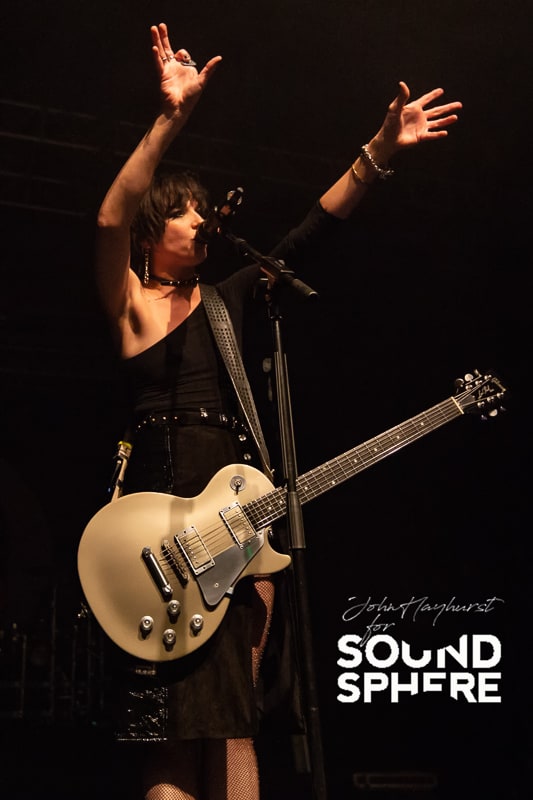 Before the encores Lzzy took the time to say how much she wanted to come and tour the UK, all of it felt very genuine and heartfelt.  “Here’s a love song for you” and proceeds to play ‘The Silence’ with an acoustic guitar and some perfect pitched vocals.

‘I Miss the Misery’ an older track to delight those that know the history of the band followed, and after sharing some shots Lzzy Hale says one more thanks and a “Here’s to Us” to bring it all to a close.

As an opening night it went without a hitch, this is a tour that you desperately need a ticket to, because each band is worth seeing – especially Avatar who came very close to topping the headliner. Lzzy Hale though is a one-off musician with a voice that demands to be heard, let’s hope she doesn’t leave it too long before she returns.

Photos and Review by John Hayhurst