It’s always great to see a band that made so much of an impact on your musical growth with seriously diverse and culturally expansive sounds, and Breed 77 are a great example. Gleefully we took a trip into York to go and check the lads out and despite a surprisingly low turn-out they didn’t disappoint. 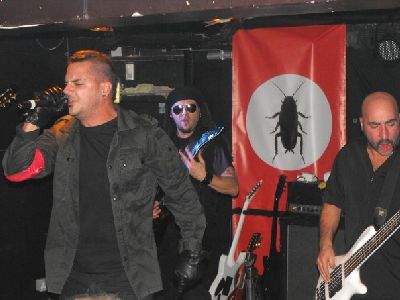 First up though, we got to check out the surprisingly vibrant and enthusiastic Symphony Cult. The band rocked through a powerful set of standout tunes including the fast-paced and full-throttle assault of ‘Unspoken’. This track is one which smacks the audience with strong drums, gigantic riffs and Charlotte Lubbock’s soulful croon before attacking with the melodic and deep ‘Until Tomorrow’ which finishes things off on a very fine note with some uplifting chords, furious beats and defiant, angst-ridden vocals.

If you are into anything from Skunk Anansie to Lacuna Coil via Kittie you should dig this stuff from SC – some truly passionate UK alt-metal from an energetic five-piece with bags of potential and bucketloads of energy and presence. These guys have already rocked Download and a bunch of other international fests but they will be all over your TV screen and radio next year. Keep and eye on the above link. 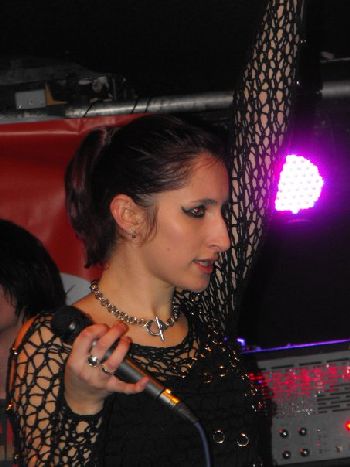 Next we have O.M.T (Our Malevolent Tyranny) and we’ll be honest – these guys look like they’ve come straight from the pub and would prefer to brawl with us than take the stage, though in rock, haven’t appearances always been deceiving? The music is loud and abrasive but we haven’t heard vocals as strong as Stewart Ferguson’s for a long while – his pipes easily match and challenge the range of Brock Lindow (36 Crazyfists) and Byron Davis (God Forbid). Indeed, the riffs on this material are just as gargantuan as anything the aforementioned have put out and the drums act like sledgehammers for the ear – this ain’t pretty, it’s balls-out metal that takes on board old and new influences from the aforementioned to Iron Maiden and Henry Rollins. The standout track was without question ‘Blooded Stain On Society’ – it’s jackhammer drums and ear-ripping guitars really get the crowd going and set the pace forcing the headliners to take it up another notch. O.M.T are not cookie-cutter metal by any means and they seem to have created a solid balance between heavy-as-fu** metal and classic style. 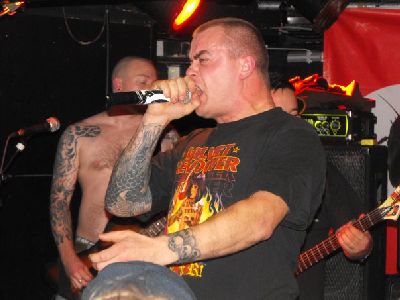 Speaking with colleagues and fellow gig-goers it really is clear to see that Breed 77 have a great following and it’s nice to see that they know more than the band’s most recognisable tracks. Indeed, with the new record ‘Insects’ the band seems to have progressed and developed way beyond their nu-metal roots. It’s true that songs like ‘World’s On Fire’ and ‘Karma’ will always be popular but in our opinion, those particularly entertaining tracks pale in comparison to the impact of new tracks like ‘Wake Up’. Indeed, this flamenco metal powerhouse rocks just as hard as anything else in Breed’s back-catalogue, even their stomping cover of The Cranberries ‘Zombie’ which incites a mini riot when played. It’s long been opinion that Breed 77 are one of the most under-appreciated acts on a national and international scale and while this shows tonight with the half-capacity crowd taking so long to warm-up, as always the band give near everything to entertain those in attendance.

On standout tracks like the multi-faceted ‘Battle Of Hatin’ and ‘Insects’ (the latter is complete with cheesy buzzing intro…) the band seem to have embraced heavier more progressive influences and as such Paul Isola’s vocals seem to be more raw and much angrier than before, while the riffs are longer and the drums are at times brutal. This isn’t a bad thing; it is certainly a reflection of the frustrated themes and angry ideas on the new album. We certainly saw a different, darker side to Breed 77 in York. Let’s hope that this time around Gibraltar’s finest rockers get the dues that they deserve. 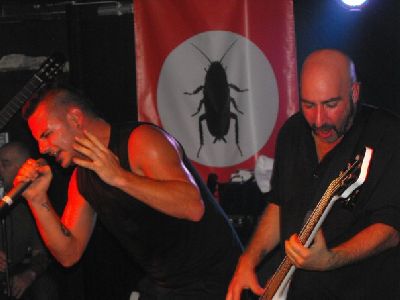 Watch Breed 77’s new video for ‘Wake Up’ below and check out our interview here.