On any normal weekend in Camden Town you’d expect to see a scene painted in vibrant colours; sights, sounds and smells to wage the full assault on your senses and the whole high street jam packed with people who want to bask in its glory. Saturday, May 31 was a day like any other for Camden, except that people were flocking in for a different reason – Camden Rocks festival boasted twenty music venues scattered across Camden High Street all working together to welcome a staggering 200 bands and around 8000 music fans. 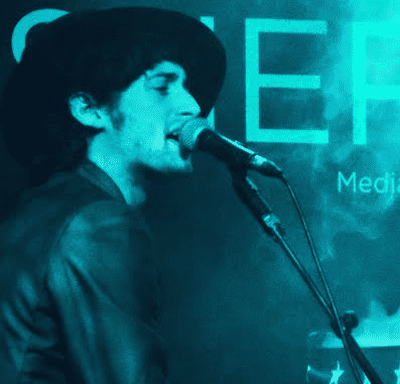 First stop was Proud, a hidden gem of a venue situated in the heart of the Camden stables area surrounded by the hustle and bustle of the famed market. Essentially an art gallery with a stage and a barn-like space but perfect for showcasing the charisma fueled, vaudevillian, swing rock outfit, Tankus The Henge (pictured above). Tankus delivered a camp and playful set, addictive, catchy which defied anyone to walk away with anything less than an ear to ear beam.

The sheer amount of Eureka Machines t-shirts to be seen smattering across Camden Town begged the question of “Why are these britpop punk rocksters still not absolutely massive in the music world?” Eureka Machines continuously give more than their all and at the Electric Ballroom, one of Camden’s larger venues and they didn’t disappoint. They provided the bouncing crowd a full force show, complete with the expected northern banter from frontman Chris Catalyst as he bust strings performing their energetic, harmony led songs like ‘Champion The Underdog’ and ‘These Are The People Who Live In My House’. 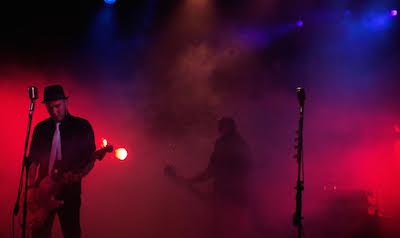 Sonic Boom Six and their unrelenting blend of electro-pop-punk-reggae (insert as many genres as possible here) attract a staunch and loyal following and today is no different. Playing to a packed Electric Ballroom, the band belt out a fast paced, best-of set including the teaser, ‘Karma Is A Bitch’ and punk rock plea ‘For The Kids Of The Multiculture’. Complementary to the back catalogue the band pull out a new song ‘Joanna’ to promote the new PledgeMusic campaign for the fifth album, support them here at http://www.pledgemusic.com/artists/sonicboomsix. 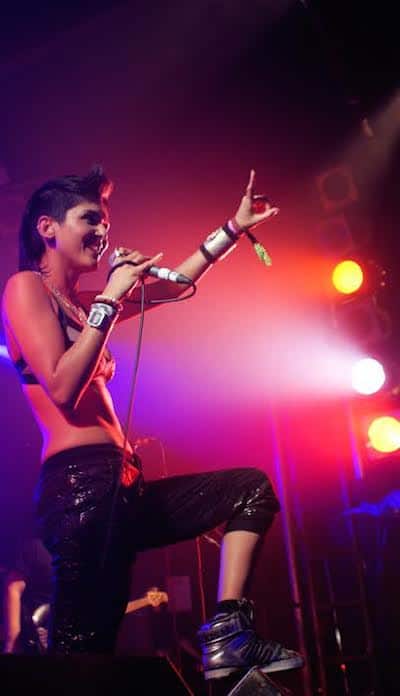 Catching the end of the Aberdeenshire lads The Xcerts, was a wise way to ensure a coveted spot for Ginger Wildheart as the queues ran round the block. The Xcerts offer a brooding and emotive set proving Murray Macleod as a solid frontman; definitely a band to catch more of in future.

People were turned away at the doors for Ginger Wildheart’s set at the Jazz Café, with only a small capacity and hundreds of disappointed Wildhearts fans left outside. Coupled with Chris Catalyst (Eureka Machines) and Micko Larkin (Courtney Love’s other guitarist) he runs through a cracking set of Wildhearts and Silver Ginger favourites including ‘Sick Of Drugs’, ‘Girls Are Better Than Boys’ and ’29x The Pain’. Even with their self-confessed lack of rehearsal time the intimate setting bodes well for Ginger – a gig where the crowd can interact is where he performs at his best. Set highlights included hearing the crowd belt out ‘Geordie In Wonderland’ louder than the band themselves – they really do create a sense of family.

Attempting to get into The Barfly with its capacity of 150 people for that night and the legendary Orange Goblin playing was foolhardy and thwarted. Not quite the explosive end to the night expected, Nine Black Alps and their post-rock angst and guitar stylings gave (despite any preconceived notions) a sturdy and solid set to a small crowd in Dingwalls.

Festivals like this show that small scale bands are still packing a collective punch, the intimate settings of each venue tie together Camden Rocks. An amazing array of artists and performers providing an exceptional experience, bring on 2015!