Industrial is a thing again. And in the North’s premiere rock club (and noted industrial music champions) Corporation, Filter (pictured) and Combichrist reign supreme as the modern kings of the genre. 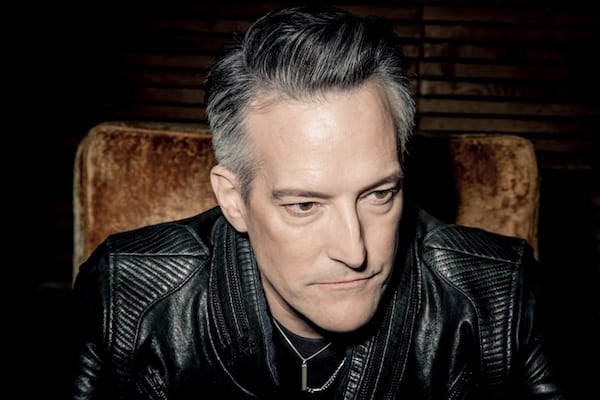 On the face of it, Filter are an odd one for this bill. 90s-alt-electro-rock anthems are the order of the day and while casual fans of the hardened heavy-beat stylings of Combichrist aren’t quite sure what to make of ex-NIN man Richard Patrick’s powerful, emotive croons on ‘Take A Picture’ or ‘Hey Man, Nice Shot’, die-hard fans eat it up, and they know that they are witnessing something special.

We don’t get to see Filter over here that often, so it’s a rare treat, and the band are on form – really pushing themselves to the limits (particularly RP, who’s vocals are always raw and on-point). Filter leave it all in Sheffield tonight, and in the absence of the aforementioned Nine Inch Nails (for the moment..), you need look no further than Filter to fill the void. This band are nothing short of modern alternative music champions.

And then we have Combichrist – the high-energy proper industrial masters who left their EBM roots behind to take on a more Rammstein-esque metal approach to electronic music. Honestly, on record sometimes it translates, and sometimes it doesn’t, but live? That’s a whole different story, man. The frenzied drumming drives everything forward here, and I am a firm believe that any, yes any band that wants to dabble in industrial music of any kind should employ a live drummer (or two!) – drum machines and laptops are fucking bollocks, mate. On record, okay. But live – nope.

Established tracks like ‘Fuck That Shit’  and ‘Get Your Body Beat’ are rocked up and sound exceptional with added guitars accompanying Andy LaPlegua’s characteristically gruff vocals. Meanwhile, newer tracks like ‘Maggots At The Party’ and ‘My Life My Rules’ have become modern rock party anthems. Combichrist have become an industrial version of Motley Crue – cracking tunes all about having fun and getting fucked up – and that’s cool with us.