Dance punk wasn’t supposed to last this long. Test Icicles released one album before admitting that they hated their own music and disbanding. Shit Disco were around for about ten minutes. Even LCD Soundsystem have thrown the towel in. Dance punk bands had a tendency to write two or three good songs before running out of steam. It was a novelty. 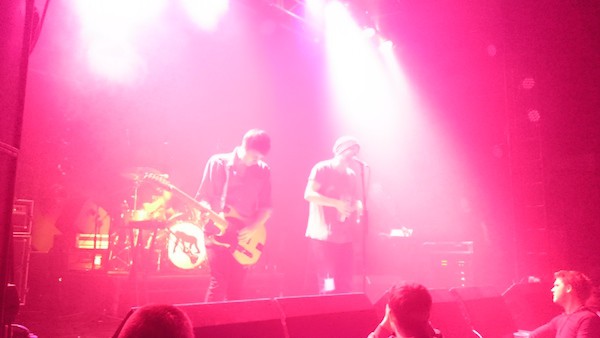 Except it wasn’t for Does It Offend You Yeah? Wilfully contrary from the start, they seem to have outlasted their contemporaries through a combination of good song writing, a hardcore fan base and, sort of disappearing for four years. This is their final gig, though they’re not finished as a band. They’re just opting out of the write-record-tour-then-do-it-again cycle. Their new EP arrives in early 2016. 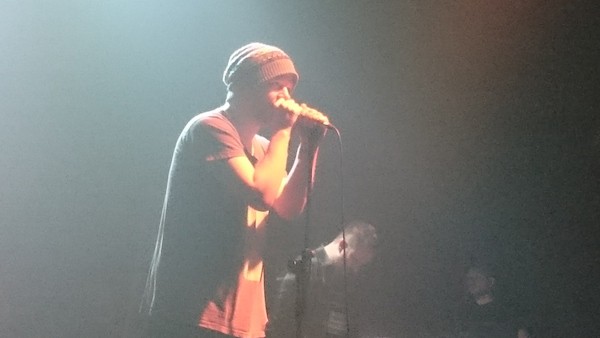 Support for tonight comes from Them and Us and Hounds. Them and Us are a duo who churn out mid-tempo electronic pop and except for a brief blast of ‘No Good’ by The Prodigy during a beat-boxed cover medley, they’re a bit bland. Hounds, however, are pretty damn good. Dressed in white and backed by a wall of pure noise, they have a very clear aesthetic. They play a unique brand of digital horror pop, all chunky guitar riffs and cacophonous beats, backed by a drummer who just effortlessly kills.

Does It Offend You Yeah are making a statement tonight. If they have to leave, they’re going to leave triumphant. After a four year absence and minus a bassist (Chloe Dunford), they could quite easily just run through a ‘best of’ set-list and walk away, but they don’t. In fact, they start playing new songs. Plural.

It’s a set that covers everything they’ve done in nearly ten years as a band, from their very first track all the way to stuff that won’t even be released until next year (if at all). Whilst old favourites like ‘Battle Royale’ impress the diehard fans, it’s the new songs that sound the best. ‘Let go’ in particular is amazing, with a truncated guitar riff and syncopated drums, it sounds like they’ve been stealing their beats from RZA. It’s their best stuff and you’ll probably never get chance to hear it live again. 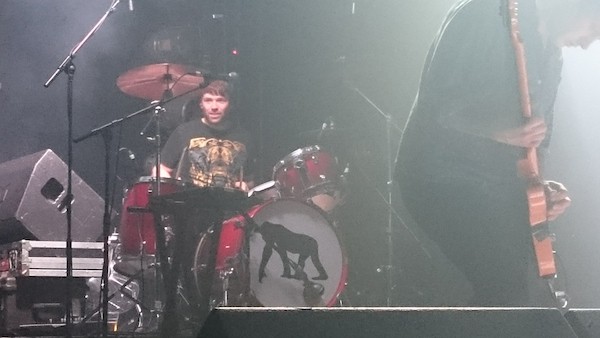 It’s in the jammier, dronier, instrumental patches that DIOYY really shine. Loud and squelchy beats and synths undercut intricate guitar riffs. The crowd is a sea of smiles that know something you don’t. DIOYY is a cult.

‘Dawn Of The Dead’ is the highlight. They bring out Bloc Party’s Russell Lissack in order to round out the sound and finally play it live the way it sounds on the record. It’s poppy and straight forward like most of DIOYY?’s catalogue isn’t, but that’s what makes it important. DIOYY’s staying power isn’t in that they’re Dance punk band. It’s that they use that term as a starting point. They can play synth pop, they can make tracks that sound like two arcade games fighting each other, they can do whatever they want.
This really isn’t the sound of a band that’s winding down. Despite James Rushent’s protests that four years down the pub have ruined his ability to deliver onstage, DIOYY? sound hungry, they sound like they have something to prove. It doesn’t sound like the end because it’s not. Does It Offend You, Yeah? are looking down the barrel of a future filled with infinite possibilities and they know it.