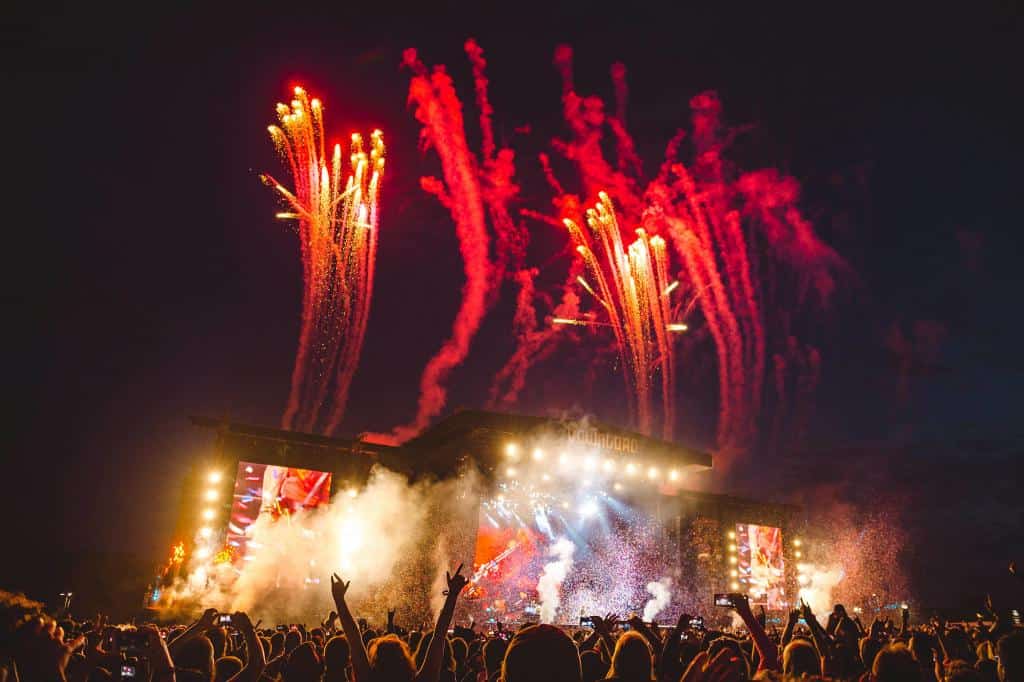 To be honest, the Von Hertzen Brothers were a band that I had never heard of before their Download Festival appearance but after a recommendation from a friend, I headed over to the Zippo Encore stage to check them out. I’m glad I did. A classic rock/progressive sound rings out across the field. There is something very typically Scandinavian about the feel of the music, something which is obvious without even knowing the name of the band. The Finnish brothers flow through a set of perfected vocal harmonies and complex musicianship. It all feels very professional and is a great start to the day.

This thing about a Lawnmower Deth performance is that you never know what is going to happen. As soon as the Muppets theme tune starts to play you know this is going to be good. Don’t get me wrong, this is a full on onslaught of all out thrash metal but without the self-inflated sense of importance. They know how to have a laugh and poke fun of themselves. Visual representations of their songs appear onstage in the form of clowns and sheep, just a normal Lawnmower Deth show really. “This is a song about rabbits”. Not a set of words you expect to be heard at a heavy metal festival but of course that just mean it’s time to bring another costumed character on stage. The show is brilliant. Absolute chaos. But it doesn’t take away from the fact that they are brilliant musicians who have been in the game for over thirty years. Veterans of thrash metal that still love nothing more than having a laugh. Brilliant.

Canadian hard rock band Monster Truck make their second Download appearance on the main stage early Saturday afternoon, and while they may only have a 30 minute slot, they make the most of it with an assured performance. A significant chunk of the set list is focused on new material, with no less than 4 songs out of the 7 played taken from their forthcoming third album ‘True Rockers’, yet the new songs blend seamlessly in with the old. Monster Truck’s music proves a perfect soundtrack for the rapidly improving weather, warming up the crowd for things to come later in the day. Here’s hoping their UK arena tour with Black Stone Cherry in the winter opens them up to a whole new fan base.* 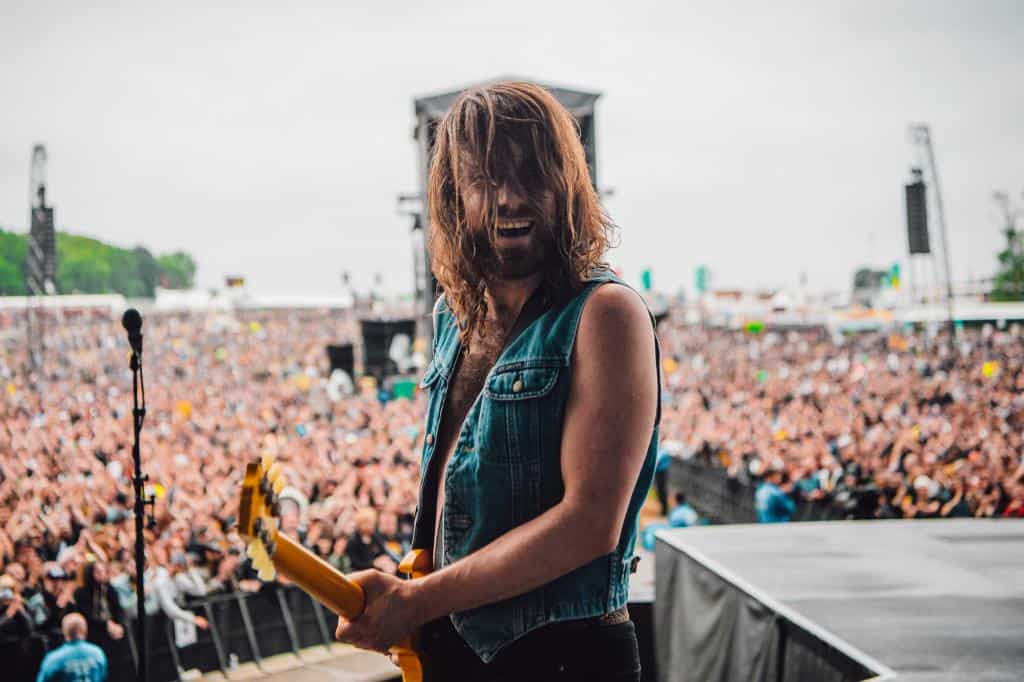 The heavy bass rings across Download Festival, bringing with it the dirty grooves you. The drums start to creep in and build up before all hell breaks loose as Corrosion Of Conformity fire into ‘Bottom Feeder’. The North Carolina metal veterans fire out a constant barrage of riffs from start to finish. Although I do love the sound and feel of grove metal, I can’t help but think that all the songs start to sound the same very quickly and unfortunately find myself getting a bit bored. Final song, ‘Clean my Wounds’ brings a bit more life back into the performance and crowd and wakes me back up. A stand out song on record and live.

There is a lot of mystery that surrounds Sleep Token. Their identities hidden behind mask and a plethora of genre defying anthems. According to the band themselves, the reason behind their anonymity is purely to be showcased as a musical entity rather than pushed and sold using the individuals behind it. The mystery following the band may seem to be a bit of a gimmick to those looking in from the outside and to be honest, having not previously listened to the band, is what drew me here to the Dogtooth Stage, but it was definitely the music which kept me there. An incredible mix of atmospheric soundscapes building up to technical djent-esque breaks downs layered with soulful, delicate vocals. The only named member of the band is the frontman/woman/creature known only as Vessel. Stood in the centre of the stage, Vessel delivers an impeccable vocal performance whilst the band creates beautiful soundscapes. Definitely ones to watch.

Saturday’s penultimate band on the main stage are Download’s unofficial adopted sons, Black Stone Cherry. Making their SEVENTH appearance since their 2008 debut (though their first in 3 years), the boys from Kentucky once again show why they’re so loved over here, with a set that slots perfectly between the more classic era of Thunder & Guns N’ Roses. Showcasing a mix of fan favourites from across their first 5 albums with some newer cuts from recent release ‘Family Tree’, Chris Robertson’s voice sounds glorious in the early evening sun, backed up with a typically strong performance from the rest of the band. It’s easy to see why they’ve progressed up the line-up over the years.* 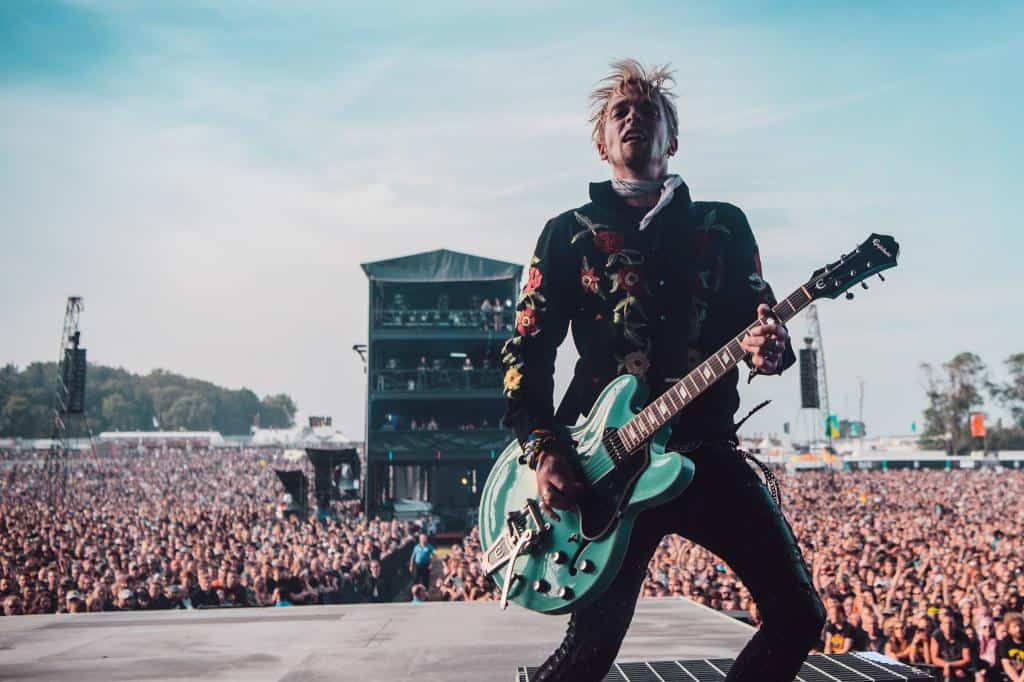 Finally, we have the band everyone here has been waiting for. All day, the festival site has been awash in Guns N’ Roses. The site feels noticeably busier today than yesterday, and rightly so. After all, they did say this reunion would never happen, well, not in our lifetime (see what I did there?) and fans have come from all over the world to see one of the biggest bands in the world perform at the most prestigious festival in the world.

This isn’t the first time G’N’R have played here since their original split. Back in 2006, Axl Rose and friends (kind of) performed here but it didn’t exactly go well. A late start, a sloppy performance, constant stage exits and breaks between songs left fans angry and the show was a mess. Since then things have changed. Rose had a short stint in AC/DC, which seems to have straightened him back up in to the performer we all know and love and once more and is now joined back onstage by Slash and Duff. It would have been nice if it was a full reunion, but hell, no one ever thought this would happen so I’m happy to settle and I feel honoured to be witnessing it.

At 7.20pm a video start on the screens, signally the start of a three hour set. When G’N’R appear on stage, the crowd erupts in to a frenzy as they break into opening tracks ‘It’s So Easy’ and ‘Mr Brownstone’. From within what can only be described as the biggest crowd I have ever seen at any show, ever, you can barely hear a word Rose sings. Every word is screamed back to the band by the tens and tens of thousands watching and it is almost deafening.

This is the headline set Festival organisers and festival goers alike had been waiting for. ”You know where the fuck you are?” Roses scream across the crowd, ‘you’re at Donnington, baby. You’re going to die…” as the intro to ‘Welcome to the Jungle’ is teased by Slash. Axle Rose sounds in fine voice, although at times, he does seem to be singing an octave lowers than on record. The early start of the show does kind of feel a little odd, almost as if you are waiting for it to get dark to see the light show and I at the time I do fear that the show may start to drag but when Rose screams on the kick on of ‘Live and let Die’ it actually sends shivers down my spine and the passing thought is gone. Guns’ n’ Rose have a few surprises on the set list for us tonight and the first one is an unexpected cover of Velvet Revolver’s ‘Slither’. It sounds brilliant, although a little strange without the vocal talents of the late Scott Weiland, but Rose does it justice and it takes me back thirteen years to when I saw Velvet Revolver playing that song on this very stage.

Unfortunately, there is little interaction between the band and the huge crowd. It would have been nice to hear a little about why and how they came back together but I imagine that’s a fairly long story to tell. After another surprise cover it becomes apparent that the band are playing homage to lost icons as they play an incredible rendition of Sound Gardens brilliant ‘Black Hole Sun’. The set is brilliant and really is classic after classic. Disappointingly, a few members of the crowd star to leave after ‘Sweet Child O’ Mine’. A bit of a pet peeve of mine.

As the sunset brings the darkness, Axl Rose, sat at his piano, breaks into the ‘November Rain’. Maybe it’s the song or maybe it’s the setting sun, but it is a magical moment. The one thing I took away from the show tonight wasn’t the band, or the songs or the amazement of seeing Axl, Slash and Duff on the same stage together again. The one thing I took away and what hit me the most was seeing what it means to the friends around me, the reaction of the fans who never thought they would get another chance to see such a band, never get a chance to hear the songs they listen to as teenagers or what their parents listened to. A band bringing together multiple generations and ages through their music. That’s pretty special.

All words by Benjamin Gladstone except *