Drenge enter the stage with Eoin Loveless clutching their recently awarded NME gong for “Best new band”. The award is slammed onto the top of one of the many amps that surround the guitarist and singer of the feral duo. Brother Rory takes his seat behind the drums and the crowd explode into life as the opening riff of ‘People In Love Make Me Feel Yuck’ kicks in. 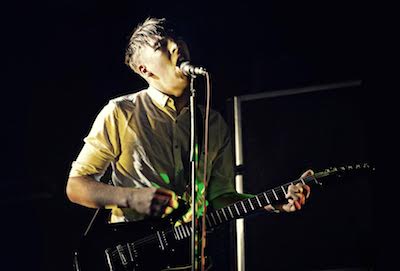 Their Sheffield show is close enough to being a homecoming gig (they come from Castleton just a short hop away in Derbyshire) and there is a palpable sense of occasion in the sold out crowd. With no stage banter, Eoin speaks only once, before their last song, and no fancy tricks the brothers rely solely on their tunes. Thankfully they have enough energy, intelligence and deliciously vicious melodies to effortlessly grace the headline slot.

The evening had begins with Menace Beach, a fuzzy alt-gazey super group made up of various luminaries from Hookworms, Sky Larkin and Komakino. A dizzying keyboard sound from joint (and under used) vocalist Liza Violet creates a nice bad-dream pop sound. Set closer ‘Fortune Teller’ from this year’s EP ‘Lowtalker’ is the pick of their deservedly well-received performance. Next up is three piece Traams. Their tightly wound groove is reminiscent of Mazes, as are the extended jams that succeed in getting the crowd going and give the pit security their first heads up of the night. Title track from last year’s LP ‘Grin’ is a standout with its raw vocal and hypnotic guitar. 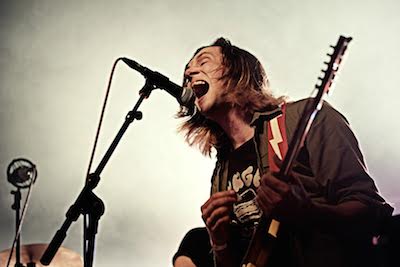 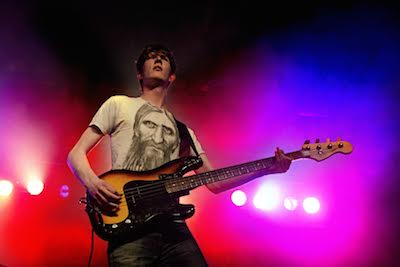 For Drenge’s slot we are treated to some new songs along with the familiar favourites from 2013’s eponymous debut and these are greeted with no less raucous appreciation from the crowd. There is an obvious and passionate bond between the band and their fans, forged from such intense performances, which belies the cold and dark lyrics that Eoin spits into his melodies, a cathartic sharing of life’s murky and defiled bleakness. Loveless by name Loveless by nature. Set closer ‘Fu**about’ bookends the opener with Eoin singing between grins “I don’t give a fuck about people in love / they don’t piss me off / they just make me give up” and with that he exits the stage to leave Rory to take a running jump and be swallowed up by the ecstatic crowd. No encore, no fu**ing about.

These boys are destined for big, big things.