The Speakeasy (formerly Certificate18) has long lived without the caress of bleak but brilliant Industrial sounds. Now, it’s changed – it is clean and presentable, well except for the guy in the mankini who props up the bar this evening.

Cumbria natives Ourfamous Dead open up proceedings with their intriguing crossover sound for their debut gig. What becomes clear as they progress is that lyrically this band doesn’t go deep enough and that’s something we notice particularly on ‘Karma’, we are left wondering about the ‘pressure’ the song constantly refers to. However, we are impressed by the incorporation of some classic guitar lines on this track and blown away by the impact and ferocity of ‘Flametongue’. Other than the fact the vocalist Andrew seems to be far too obsessed with the floor of the venue, the band put on a solid show and impress most of those in attendance.

Flesh Eating Foundation haven’t been here in a long while, too long some might say. To put it frankly, this reviewer is a virgin to the group and they broke me in with their hard and dirty sounds. These guys get straight into it with some fucki*g massive beats provided at a blistering volume. FEF are the definition of great UK Industrial and everyone should take note. Listeners, readers and the support (and headlining) act for tonight, this is how it’s bloody-well done. The band show a ton of energy as they obliterate York tonight, finishing their set with what I can only assume is their most popular track, ‘Kiss The Tears’ which pretty much commands me to get up and move throughout. Top marks. 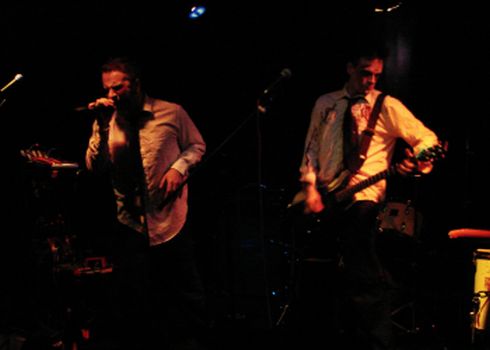 York’s very own UnderCult headline the evening. Their sound is a chaotic amalgamation of quirky keys (though, the female keyboardist often looks like she is there for show more than anything), and powerful metallic guitars. There’s a little bit of Goth sensibility pushed hard inbetween the obvious electro-rock focus which shows off the vast array of influences and the great scope of the band’s ideas and potential, but their overall presence really needs some work. That being said, despite its repetitive nature, the crowd seem to get moving for ‘Blink’ which is a definite positive and should help to give them the encouragement to move forward. They are just starting out and the material goes down pretty well, but we look forward to seeing these local lads step it up more in the future.