It’s been 12 Years since Funeral For A Friend released their critically acclaimed first studio album, ‘Casually Dressed & Deep In Conversation’ but playing to a rammed Welly Club they show no sign of slowing down. 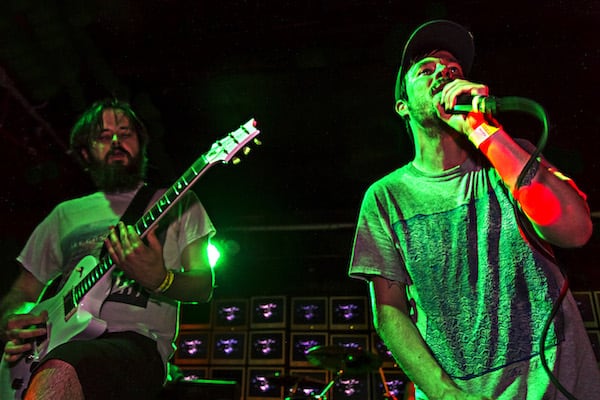 Suffering from a severe chest infection lead singer Matthew Davies-Kreye still manages to beat his way through the diverse vocal obstacle courses that are ‘Story Telling’, ‘Front Row Seats…’ and show closer, ‘Escape Artists Never Die’ (to name a few) in truly impressive fashion. A brief moment of vocal exhaustion gave way to the most electric moment of the night which saw the entire venue carry the band in chorus through the final verse of ‘History’ to dramatic effect.

FFAF seem truly at home on the stage; commanding the crowd through beautiful highs and brutally pounding lows. It’s easy to see how and why these guys have come to be recognised as one of the most prominent influences on the British post-hardcore scene since they emerged back in 2001.

Funeral For A Friend will continue to tour well into the summer before heading to Download on June 13th and we would strongly advise seeing them while you can.