As festivals go, Galtres has to be up there in our books; it’s clean, fun, its family friendly, big, there’s lots of (local) food and drink and it’s close to York (where our base is), even with its own shuttle bus service. 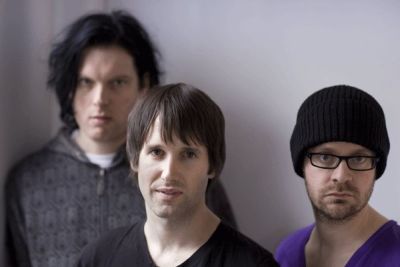 Another fantastic element of Galtres 2012 (now in its eighth year), is the organisation. The management team are flexible and responsive to demands and following what could have been a washed out festival in 2011, they have kept their heads above water and come sailing back with measures such as vast amounts of hay that were distributed on site to ensure the sporadic rain didn’t turn Galtres into a mud bath.

Onto the main event, we’re very happy to say that we were well greeted by all (press wrist band or not). Due to the heavy family-orientated areas, Galtres is geared towards being open, accessible and fun. The site was a big enough size to allow for some lazy festival wandering in search of food and purchases but small enough to get from one tent to another in under 10 minutes walking at a steady pace.

For a popular festival, we were never overwhelmed by the numbers and delighted to find not only the usual festival circuit types but some recognised faces from York itself, such as the “pedal powered man” who can be regularly found at St Sampsons Square cutting names out of brightly coloured MDF for children. He was kind enough to give us a demonstration.

On to the weekend, Friday met the crowd with light rain. Our evening was filled with local acts in the Arts Barge tent where a stand out performance came for the New York Brass Band who, despite their name, are from our York and played a cheerful selection of well-known pop songs in a funky brass style. Entering through the crowd, the band played perfectly together and encouraged everyone to dance – and they did.

Saturday came as a new day with some more rain, promising a plethora of acts and things for all to do. This was our stand out day due to the sheer variety that was on offer. After starting out with milk and breakfast on-site, we visited the tiny top where most of the childrens’ events were planned for the day. We interviewed a knight magician and entertainer, a Bollywood dance workshop team and took part in an hour spiritual introductory session from the spiritual tent where we were introduced to dowsing, tarot and oracle cards.

After bouts of rain on Sunday morning, the day dried up for short periods, which was just as well really as we were occupied with childrens’ activities for the day. Later on, we were tempted to fill a slot for reiki and a gentle massage which was really energising. After taking on the various activities, it was more than welcome.

In summary, with seven stages and tents catering for acoustic to stripped down rock, pop, blues and much more in between, Galtres is a smashing weekend for anyone wanting to let their hair down in a country location with people from the local area. Musically our favourites are Holly Taymar who performed incredibly well, Jon Gomm as well, because he has to be seen to be believed, and popular local lads The Fallen’s acoustic set was perfectly balanced for the setting.

It was extremely exciting to see Ash as a band (pictured) that this writer grew up with, and we were pleasantly surprised by Billy Bragg. I’m not usually a fan of his style of music, but his storytelling during the set really brought him to life on stage and sucked me in. Because we’re very big ska fans, Sky Rocket Jack and Counting Coins stole the weekend for us, really. Excellent stuff.