The mood is suitably buzzing for Grooving In Green’s show at The Subculture this evening, but first local act Legion take to the stage. Considering how long this band have been performing together, they are very tight and perform their songs well. Each musician has some time to show off their individual skill, and any nerves that may have been there beforehand are dashed in a flurry of quality bass work and enchanting female backing calls. 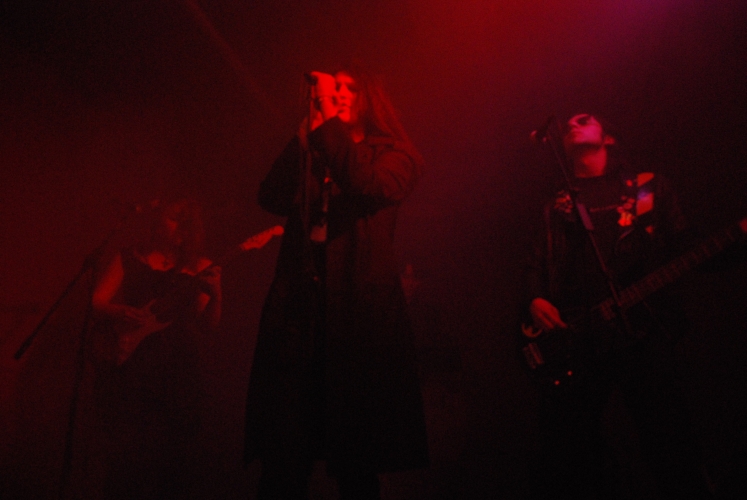 ‘Rosanna’ is a real standout within their set that sees classic guitars intertwine almost perfectly with strong keyboards lines and Ian Curtis-style vocals. There is no question though, that Legion’s members (with exception to the frontman) still need to learn how to move around and become truly comfortable on stage. With a succession of top-level shows coming up, they will certainly be forced to try and they will definitely have a chance to shine… as much as a band shrouded in far too much smoke, can. 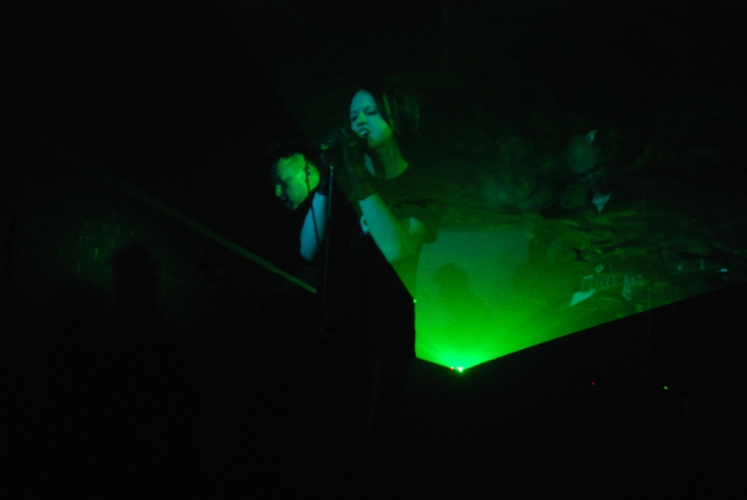 Grooving In Green are a new entity and playing their first gig this evening, but they have bucket-loads of experience. This three-piece was formed from the ashes of cult Goth band Children On Stun. Sounding like an angrier, gothier Manic Street Preachers, GiG impress everyone in attendance this evening with furious riffs and ferocious punk vocals. Despite some well-received Stun classics, a definite highlight is the new and heavily Industrial ‘Descent’, a track that sees jagged riffs smack against sledgehammer beats for a resounding result.

Both these acts show great potential here, and both GiG and Legion should take great pride in the knowledge that their music is violently kicking life back in to UK’s stagnant Goth scene.

It’s also worth mentioning that there is a frankly fabulous dark music clubnight on the first Friday of every month at The Subculture. It’s called Friday Flock. The SPHERE team enjoyed a wonderful boogie with some fabulous friends following the show. The night’s DJs played everything from The Sisters Of Mercy to Combichrist via Rammstein. It’s definitely something that you should check out as soon as you can.