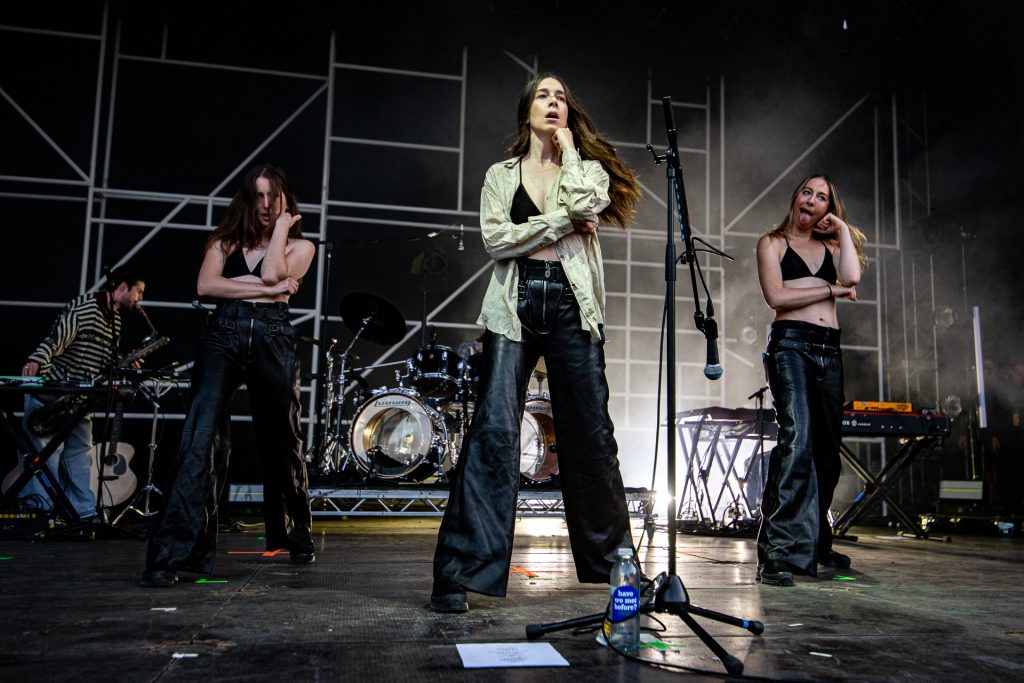 ‘One More Haim’ UK Tour Kicks Off In Yorkshire

It’s another scorcher of a day in the Summer of 2022, but in Leeds, as the sun sets at the back of the Town Hall, the hottest rock and roll trio of sisters are preparing for the first night of their short UK tour.

Those Californian sisters – Danielle, Este and Alana from Haim (pronounced Hyme not H-aim) are about to show why they are one of the finest live bands to appear in the last decade, with a set reminiscent of their superb show at Glastonbury only a couple of weeks before.

Their 3rd album Women In Music Pt. III is pretty much untested live as Covid added delay upon delay to these gigs, which were planned over 2 years ago.

As they appear on stage one by one to massive screams and shouts from this mainly female audience, they trade a few WTF expressions with each other and then get down to business on ‘Now I’m In It’. All wearing the now regulatory matching black bikini tops with leather trousers on this tour and they end the opening number with a drum trade off, Este winning that one purely with her facial expressions. 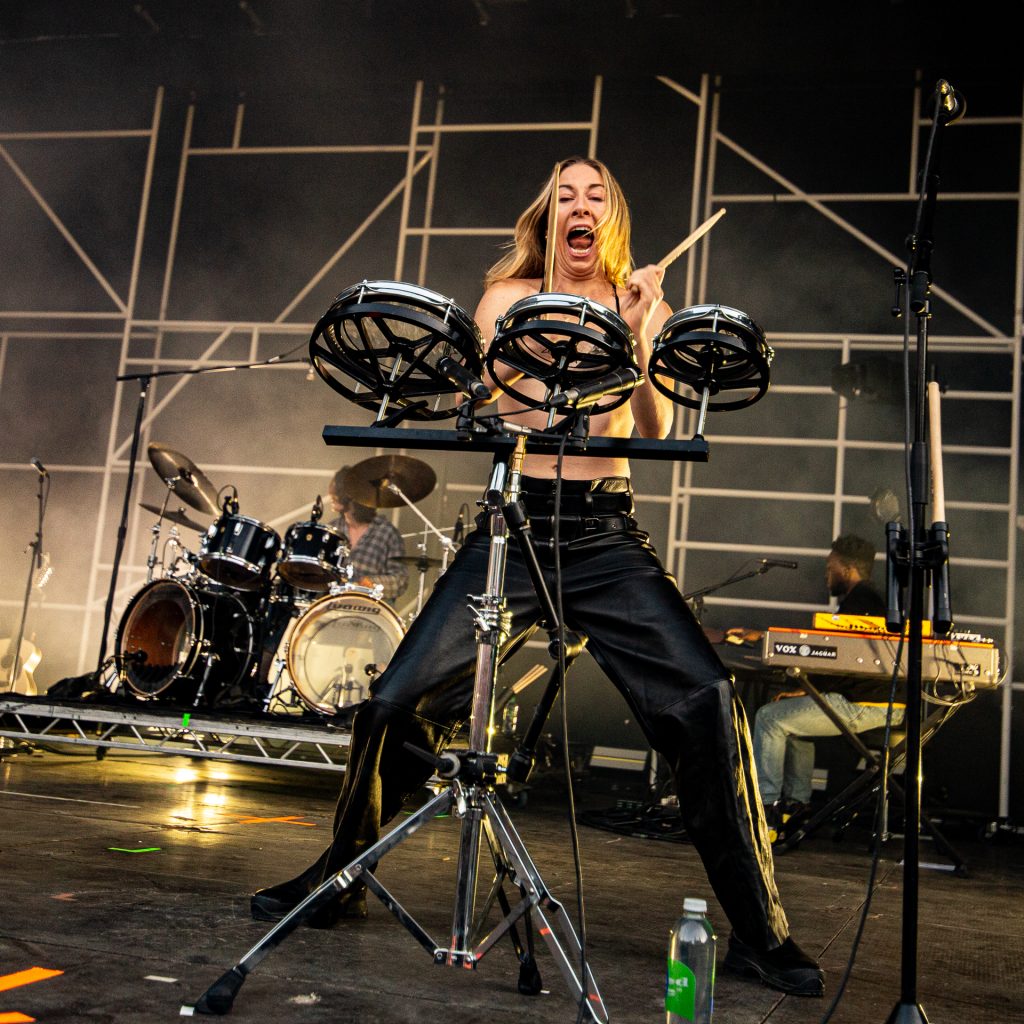 Their popularity star is still very much rising, not only from being the ‘ones to watch’ at Glastonbury but due to the recent appearance in the film ‘Licorice Pizza’ they are very much live performers – However, an almost scripted routine in-between certain songs felt a little kitsch, in particular Este’s fake phone call sketch, which they did at Glastonbury and at other shows in the US, they really need to drop it now. The ‘3am’ track that immediately follows has enough spice, funk and sass on its own without the need for a faux introduction. There is plenty more adhoc banter as well as they tell a story of how it appeared to be ‘raining’ indoors at Leeds festival when they last played in the NME tent, and then they discovered it was actually piss dripping down on them – nice.

A singing competition ensues between the youngest sister (Alana) and oldest (Este) each taking audience sides, whilst middle sister Danielle pounds on the drum kit. They are very talented multi-instrumentalists and all sisters take a moment in the spotlight tonight but Este is the only one daring to venture off the stage to actually get up close and personal with the eager fans.

Choreography too on ‘I Know Alone’ when the 3 of them leave their instruments and proceed to run a dance routine, Este failing to keep from producing more face pulls, as her other sisters keep a more cool outlook. 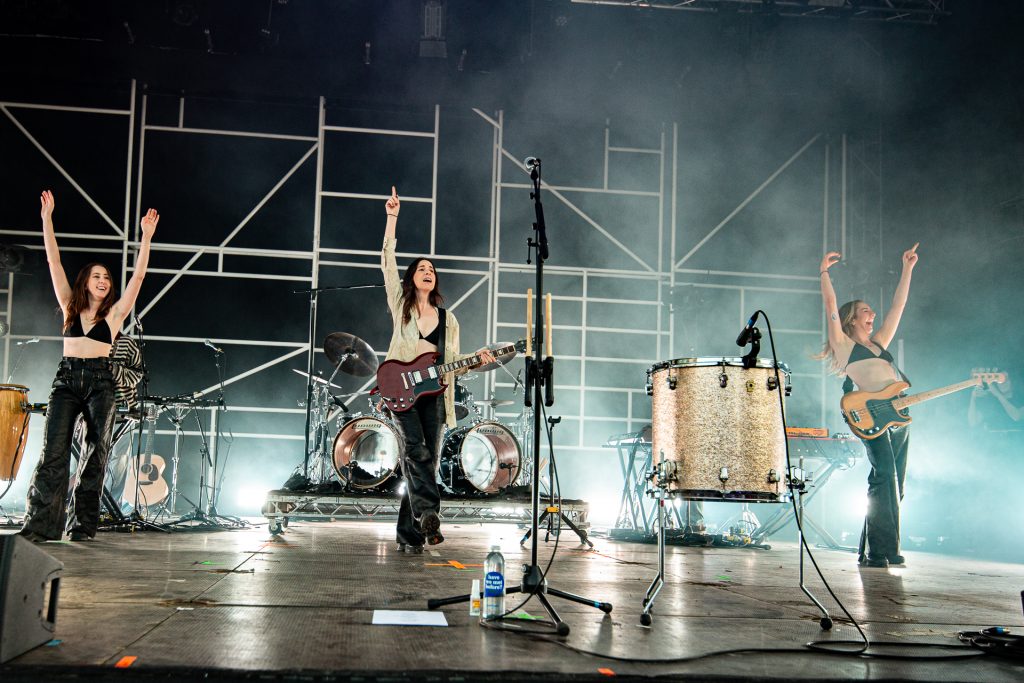 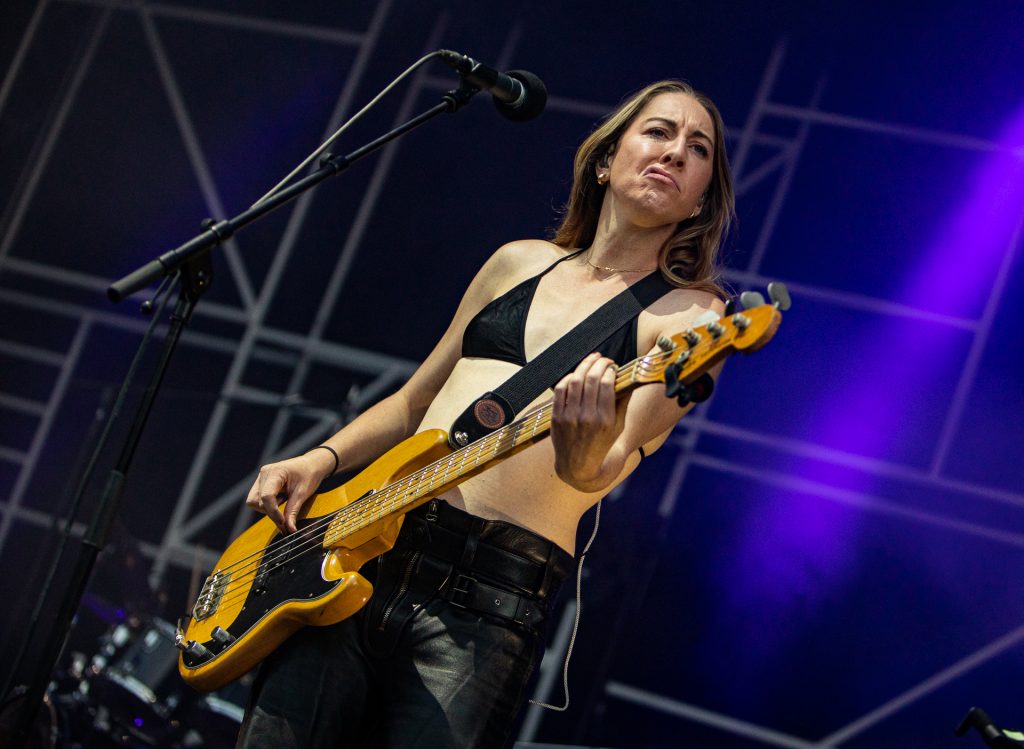 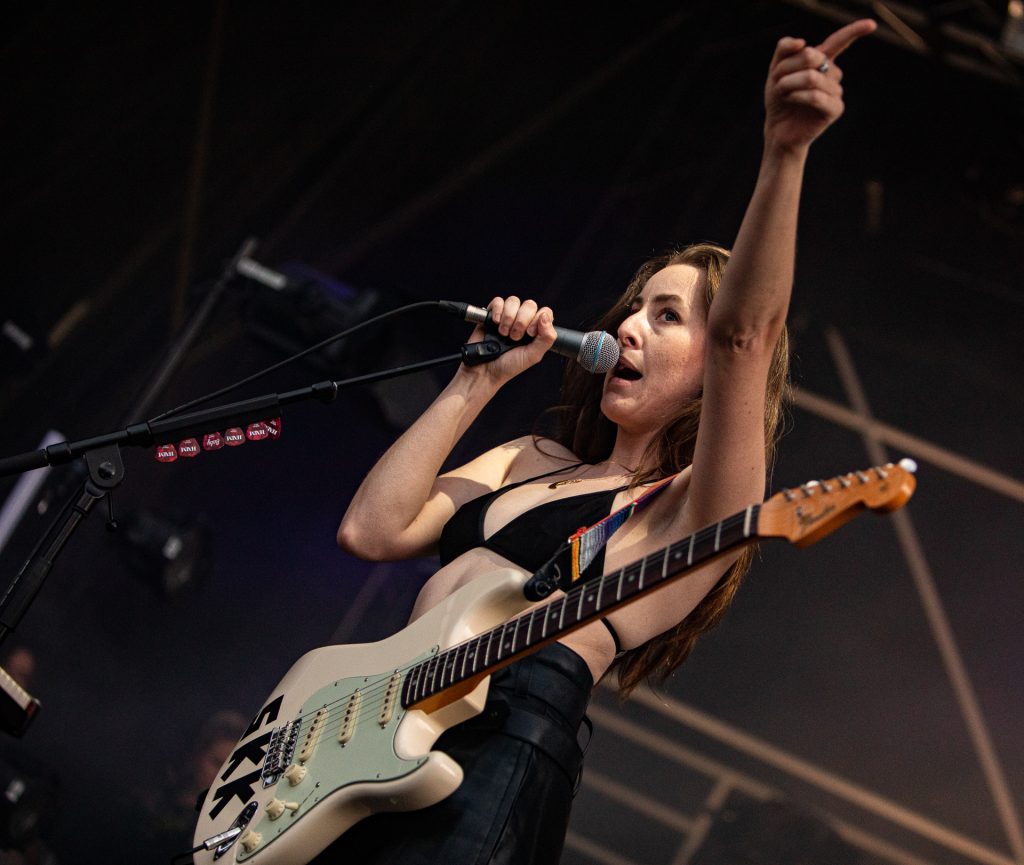 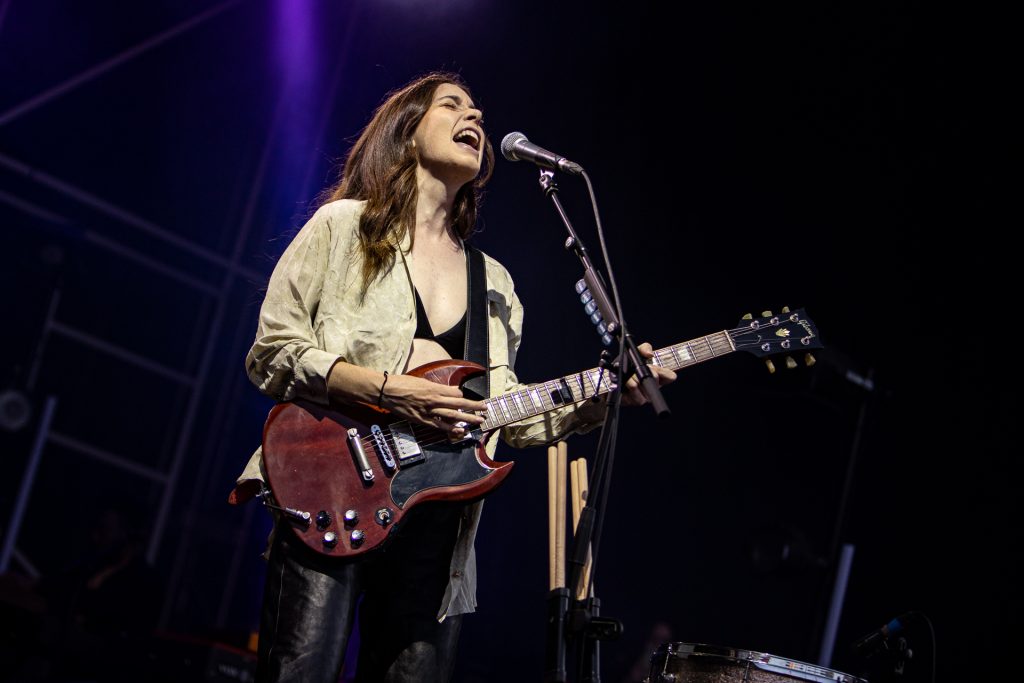 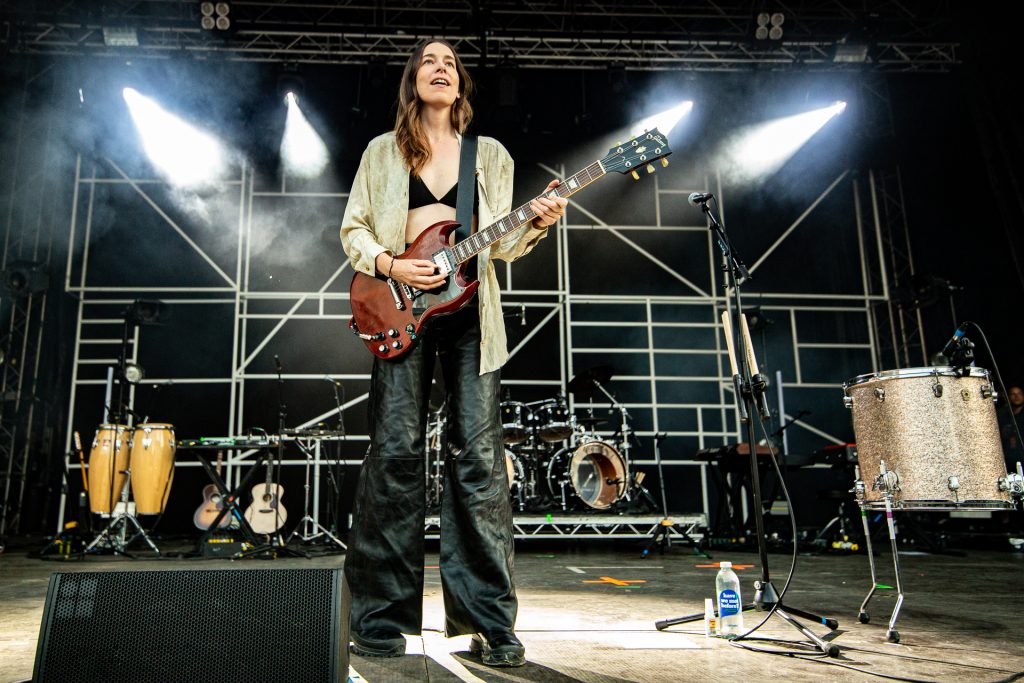 Then a fantastic middle section at the front of the stage where they performed acoustic versions of ‘Leaning On You’ and ‘Hallelujah’. ‘FUBT’ followed with some inspiring saxaphone from their backing band and Danielle finally giving us some lead guitar breaks worthy of a rock concert.

By then we are into the home straight when the big guns come out, their songbook now choc full of summer anthems and whilst ‘Don’t Wanna’, ‘Forever’ and ‘Summer Girl’ ended the set, ‘The Wire’ and ‘The Steps’ are both equal favourites here. Lets hope that ‘One More Haim’ doesn’t mean they are disappearing anytime soon, and we get more from this sisterly trio in future years – an Arena tour surely is next on the cards. 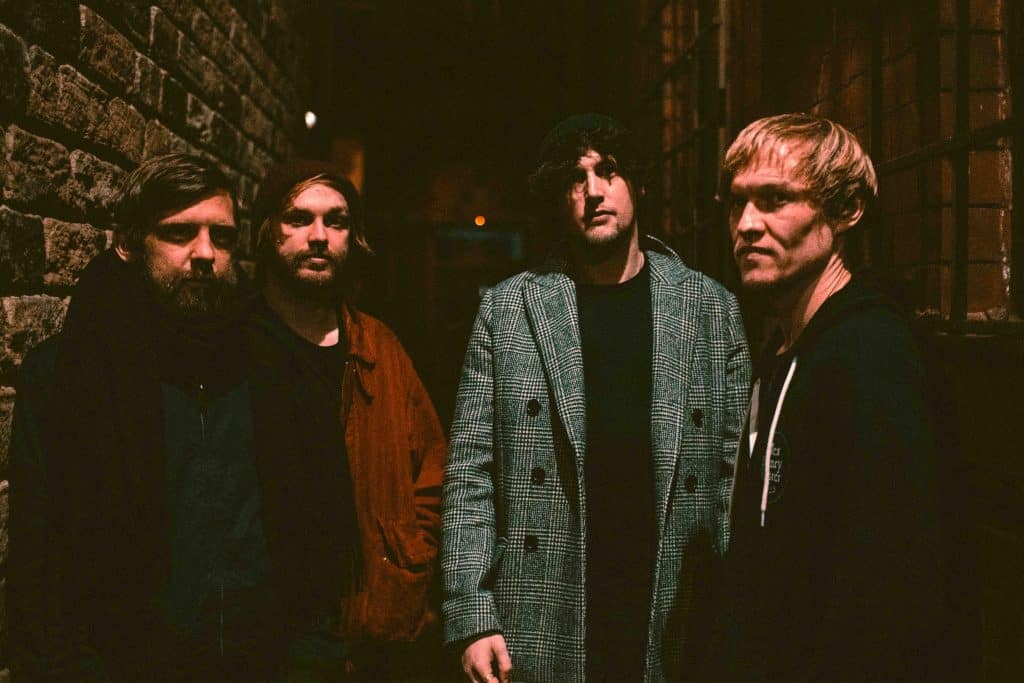 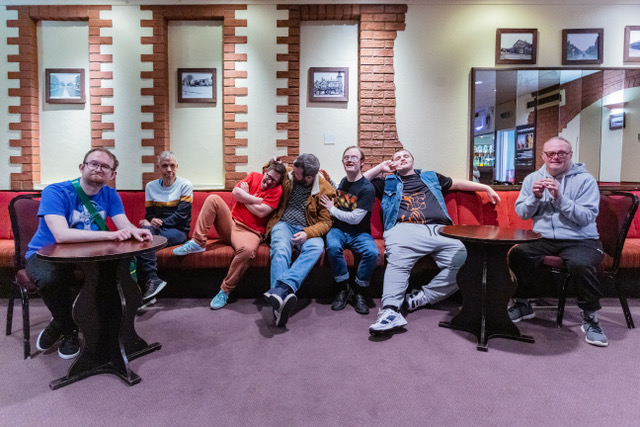