Now as someone who used to be quite into hip-hop, b-boy and rap in the 80s and early 90s the chance to see a legend from those days was too good an opportunity to pass up, so on a slightly damp Tuesday night in Hull, I joined a very mixed and sizeable crowd in the upstairs room at Welly. It’s worth mentioning the crowd as it ranged from young alt and metal kids and modern hip-hop fans to a lot of older heads who remembered KRS-One from back in the day. 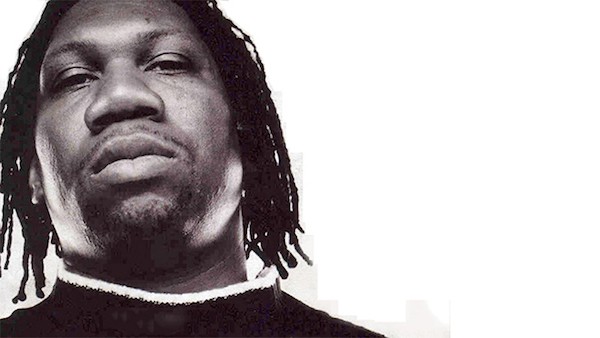 Opening act was local rapper Chiedu Oraka who I’ve seen plenty of times over the last few years and have always enjoyed his material, he received a warm welcome from the crowd and obviously had a fair few fans and friends down the front.

Personally, I’ve seen more energetic and powerful performances from Chiedu, but as opening act on this show he was never going to have an easy ride and took his opportunity to play to plenty of different faces and continue to build his profile. His set took two or three numbers to really get going and actually felt really short because of this, Hull hip-hop deserves more notice, and Chiedu is just one of many trying to make that happen.

There was a short lull in proceedings before KRS-One’s DJ took to the stage to play a brilliant warm-up set of classic tracks, if ever the phrase ‘all killa no filla’ needed to be used it was now, his choice and mixing of tunes was spot on and definitely started heads nodding and feet shuffling.

When KRS-One entered the stage it was to some decent fanfare, which was not surprising as he soon interacted with the crowd, no flashy gimmicks, light shows or much at all apart from an MC still very much on top of his game and a kicking DJ backing him up.

KRS-One early on in his set made sure to educate us to the fact that he was a ‘real MC’ and we were going to get a real hip-hop show and he certainly delivered that, a real mixture of off-the-cuff improvised sections and well known tracks. It’s not something I expected but throughout his set I had a massive smile on my face, none of the posturing bull you get in modern chart hip-hop and r’n’b just great lyrical flows spat out with real passion, truth and not just for show but to tell a story, educate and entertain.

I entered the room hoping to see and hear some classics performed well from an act that I’ve not really followed for a long time, I left a massive fan wanting to catch up with what KRS-One has been producing over the last couple of decades, this was a great show that I’m really glad I made the effort to go to, and from the audience reaction everyone else did as well.