With the promise of three raucous rock outfits on the bill, a handful of music fans gather at a York bar to add some jolt to their rainy Monday evening. 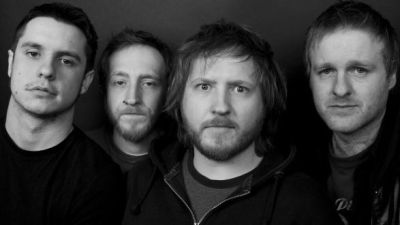 Opening the evening’s proceedings are …And The Hangnails, a band Soundsphere last encountered at the Forest of Galtres Festival in August, and their blistering raw energy is apltly suited for the venue’s more intimate surroundings.

Guitarist Martyn Fillingham (whose Undertones T-shirt is a nice touch) and drummer Steven Reid thrash out their tunes with a sturdy, forceful pace, each matching one another on each frantic and incessant beat. The stop-start rhythm on ‘Blisters’ keeps the set pumped-up, while ‘Fear Only Fear’ rounds off their nine-track set with Fillingham’s voice at its most primal.

Nottingham’s Patchwork Grace follow with a pleasing mix of indie-rock. Frontwoman Tori Tea’s curious yet captivating charisma comes to the surface as the sample-packed ‘Play Dead’ starts up; she kneels at the front of the stage, barefoot, rising as the song’s beats progresses. Her vocals blend accordingly with bassist Scott O’Connor during their seven songs.

The quartet conclude their set with upcoming single ‘To The Disco’; its marching drum break confirms Dan Rolfe’s awesome contribution to their set, while the enigmatic Tori allows her bandmates to bring the curtain down on their part of the night.

Soon enough, headliners La Faro kick off their set with an instantly electrifying sound that fills the room and piledrives through it. Jonny, Dave and Al are joined by bassist and Derry native Cahir O’Doherty of Fighting With Wire for this tour, and O’Doherty proves he’s more than able to meet the band’s pace with what his temporary bandmates dub his ‘sexy bass’.

The tracks, from ‘Leningrad’, fulfil their objective in throwing out mighty high-octane riffs which meet with the crowd’s approval. ‘Meat Wagon’ motivates a mini-mosh in the room, “Tupenny Nudger” goes down a storm despite one of Jonny’s pedals malfunctioning, while ‘Wee Buns’ and ‘Mr Heskey’ easily pleases the crowd with its thrusting sonic manoeuvres and shout-a-long phrases. You are barely given time to catch your breath among the twelve-tune set among each euphoric chord change.

The mid-song banter is equally not for the faint-hearted; what we can tell you is their preferred term for York resident is ‘Yorkies’ and they spent most of their £200 advance from their record label on a Chinese takeaway for their friends. There may be ample space in the venue for physically close interaction between LaFaro and the audience, but the band simply bounce off their loyal followers and newly-won-over fans.

The entire musical package is beautifully accorded; three bands who display strong musicianship and a passion for live performance. The best tribute to the night comes from Jonny from LaFaro when he mentions the evening’s support acts are “the best we’ve seen on tour” – and who are we to argue? 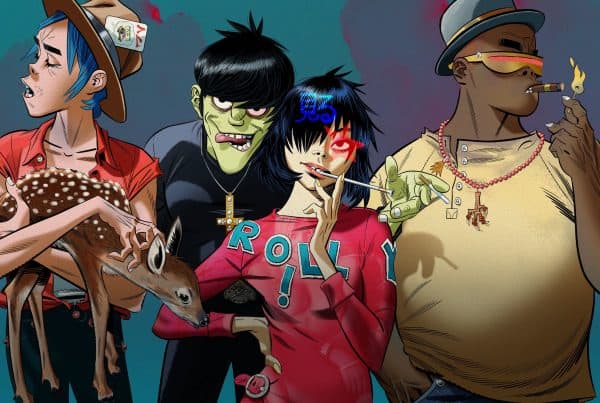