Nothin’ beats a punk gig, that endorphin popping motive to lose track of the stresses of the day and fight through to the barrier to get that ever liberating view of the artist that encourages you to leave it all behind, if only for an hour or two. With Max Raptor, that’s the place to be. Wil Ray’s crowd interaction promises you the opportunity to use the mic as your emotional soapbox for a moment, and in that moment, it all comes out, be it frustration, stress or hatred, and you leave the venue feeling well and truly vented. 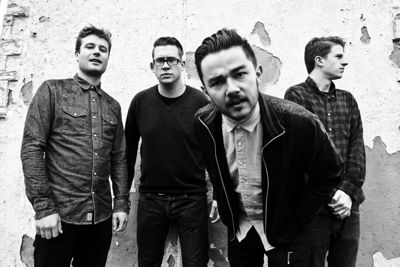 Before that goodness begins though, the night kicks off with the talented support bands, first the female-fronted Making Monsters and then the Irish pop-punk influenced  Only Rivals, who set it off slowly with a variety of vibes, all to the delight of the audience. Then comes Fort Hope, impressively expressing through melodic tracks packed with energy, and a talented lead vocalist who alternatingly handles both electrics and acoustics. An awesome discovery, when’s that EP out again?

Then Raptor step up and bring the excitement to its peak with opener ‘Obey the Whips’, then dive straight into ‘Breakers’. We caught this band in Leeds before Christmas, and while the crowd might not have been as mental this time around, the band’s on-stage energy and the impression that has on us is something to yell about. It’s awesome to hear more tracks from ‘Portraits’, such as ‘The Alarm’, bassist Matt Stevenson bringing out the studio version’s hair-raising vocal harmony to a tee. Later the crowd gets jumping, pounding two-fingered curses to ‘Patron Saint Of Nothing’. More stuff from ‘Mother’s Ruin’ such as ‘Back of A Barrel Wave’, ‘Evangeline’, and ‘England Breathes’ are just as impactful as always, and of course, the ever-anticipated ‘The King is Dead’ strikes a chord in everyone. No encore? We’ll keep trying. When this band come to your neck of the woods, don’t think about it, just go. They’ll get your eardrums and your heart pounding.