So, there’s this band called ME and they’re a pretty big deal in their native Australia, and we’ll tell you what, they’re going to be massive here…one day, trust us. 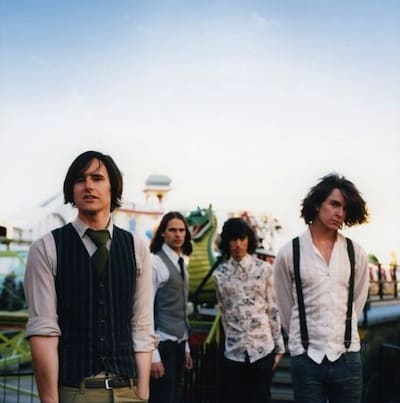 Cast your mind back to a time when great stadium-beating bands like Muse and GreenDay were play venues like The Adelphi in Hull in the late nineties, and Kasabian and Bullet For My Valentine were hitting up Fibbers in York at the beginning of the noughties. Of course, these venues are iconic in their own right, but are considered (often) as stepping stones to bigger things for many bands. The Duchess is another such venue; it creates opportunities for bands to step-up, and it hosts major touring bands as well. In short, we believe ME are going to be a really big deal in one-to-three years over here, tonight though, they play and electric show to a few dedicated people. We’re witnessing something special for sure, and York, you’re missing out.

Before we go further into this, we’ve got to mention Hungry Ghosts – their collective energy, and James Browne’s crowd-friendly chatter keeps everyone entertained, and it becomes clear that most of the crowd are here to see the local favourites tonight. We tweeted it, but we’ll say it again; they’re one of the absolute best indie bands we have in Yorkshire, let alone in York. Give them your attention. G’wan.

ME headline this night, and like we said, they’re insanely good – progressive-alternative rock at its finest. Think Muse meets the Killers via Queen and you might be somewhere close. Their music is charming and precise – tracks including ‘Like A Fox’ hits like a potential arena-filler, meanwhile ‘Naked’ is a much more rocky and anthemic track that will no doubt become a festival (and summer) favourite for any new fans. To summarise, ME are immense live, but their sound is built for bigger venues, and we’ve no doubt that the next time they come back to York (if we get lucky) a lot more people will be paying them their due attention.