A cold and frosty night in Leeds, and the venue is getting ready to play host to rock ‘n’ roll veterans My Ruin. 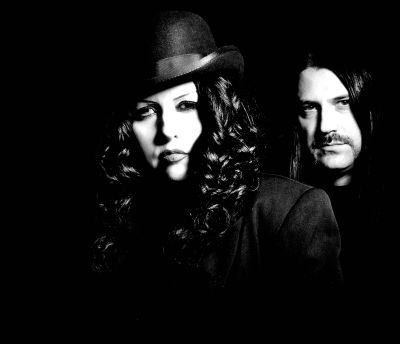 Like your old fashioned English pub, The Well is warm and welcoming. However, the walls scribbled with song lyrics and Machine Head blasting on the speakers suggest that something darker lurks within.

Descending into the stage area, the smell of good old-fashioned heavy metal is in the air. First up to grace the stage is Long Day Fear. With all of attitude of a young Scott Weiland, Richie Tyler swaggers into view in a rather dapper shirt and waistcoat. As the rest of the band – Steve Broughton, Mark Sinkinson and John Willis – join Tyler, you can feel that you’re in for some pure rock ‘n’ roll delight.

Tyler’s strong vocals cut through the heavy guitars and bass to create a sound similar to Down and Black Stone Cherry. This Nottingham band really demonstrates that Southern rock ‘n’ roll is alive and well in the UK. With songs such as ‘Don’t Watch the Rain’, Long Day Fear really knows how to play their music… and that is turned up to eleven with a whiskey chaser.

Second to make their offering to the Leeds crowd are Sanctorum. For fans of bands like Lamb of God and old school Trivium, Sanctorum blow minds with their catchy riffs and chugging, rib-shaking bass lines. Blasting out songs ‘Paradigm’ and ‘Carved in Stone’, plus many other amazing tunes, Sanctorum are the epitome of heavy metal. Aaron Sly and co really show that metal has not been displaced by pop-rock or watered down rock, but is very much alive.

The third and final support act comes in the form of Croydon lads, Godsized. Third slot is not the easiest to play, with the audience keen to see the band that made them buy the ticket; however, Godsized don’t let this drag them down, they grasp it with both hands and rock its socks off. With a sound of the purest metal, these guys provide a charismatic performance that made everyone move.

Glen Kroner’s vocals, as smooth as that first coffee in the morning, demonstrate a man who knows his vocal range and how to use it. Accompanied by the hypnotic solos of Neil Fish, bassist Gavin Kerrigan and drummer Dan Kavanagh, Godsized create a metal that’s not only true to its roots but available to everyone.

Then comes the main act, My Ruin; a tour de force in leather and long hair. Tairrie B comes to the stage with all the sultry grace of a big cat. Her charisma is palpable. With a microphone donned with feathers, she begins. Her vocals are powerful and can make even the toughest metallers weak at the knees.

Accompanied by husband Mick Murphy, and with them on this tour is stand-in bassist Eddie Brnabic and Issac Lee on drums, they rock the stage with songs not only from the newest record A Southern Revelation, but back to songs such as ‘Stick It To Me’ – sung with touring merchandise man Jack Osbourne, who does it justice, keeping up with Tairrie’s lead. The set list is varied, allowing younger – all be it slightly fangirly – fans to get involved as well as hardcore My Ruin veterans.

This gig truly represents the My Ruin philosophy of letting everyone just have fun and enjoy the music. Whether you are a hardcore metal head or a newbie to the genre, the gig welcomes you in with its leather clad arms and holds you in a headlock of powerful music. With such an amazing start to 2012 for not only My Ruin but Long Day Fear, Sanctorum and Godsized, these guys have set the bar high for the bands that follow.