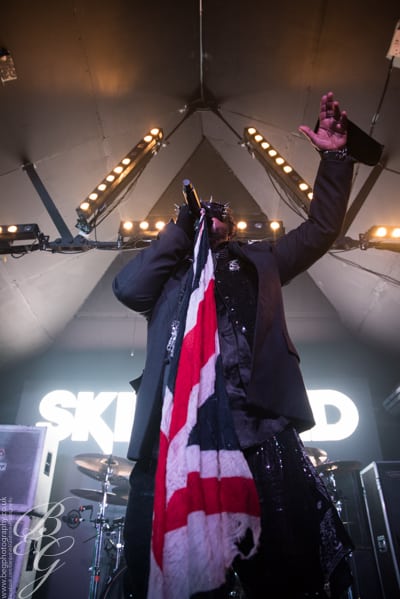 Continuing on from the success of 2015’s ‘Volume’, everybody’s favourite Welsh, metal–reggae, shirt-spinners, Skindred, roll into York’s legendary local venue, Fibbers, for a night of Pressure, Justin Bieber  and…If you’re happy and you know it.

Opening up tonight, we have local hardcore heroes, RSJ. As the crowds roll in, RSJ are already thrashing out their brand of no holds barred metalcore. These guys are a band I never tire of seeing live and always seem committed to the moment. Tonight is no different as frontman, Dan Cook, launches himself onto the barriers and into the faces of the gathering crowd. RSJ are even joined onstage tonight by Raging Speedhorn’s John Loughlin for their 2016 release Giant Glen’s behemoth of a track, ‘Hit The Road Jack’. 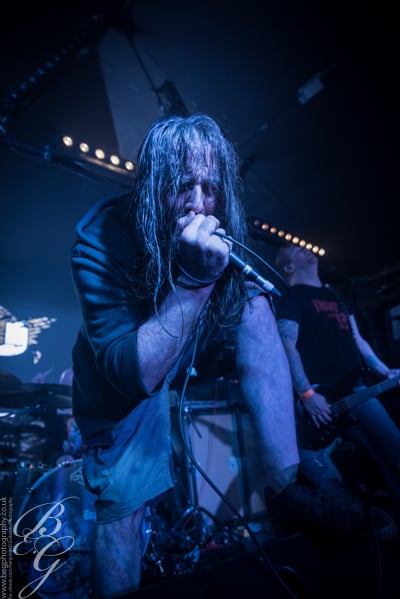 Next up are RSJ’s partners in crime, Raging Speedhorn. Tonight, they are one man down. Due to doctor’s orders, second vocalist, Frank Regan has not been able to join his brothers on this recent tour but returning to the stage is RSJ’s Dan Cook to fill in. Amidst familiar chants of ‘Yorkshire’, Cook seems at ease on stage with Speedhorn after the recent tour, and their performance is, as expected, crushingly heavy.

Both support bands have been on the scene for a long time now and I feel they both deserve much more recognition than they receive. Both play blinding sets of pure, intense hardcore metal and are experts in their field. 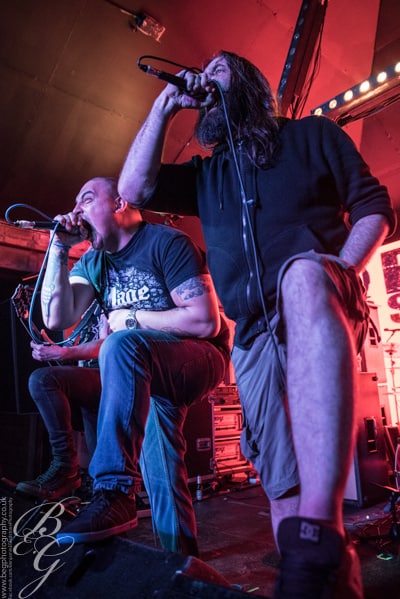 Through repeated encouragement, the crowd, still not at full capacity, break into pits, much to the delight of the band. The audience has awoken and are ready for tonight’s headliners.

Finally, with the Union Jack hanging from the mic stand, The Imperial March begins to play and Skindred begin, launching into ‘Under Attack’ from their latest musical offering, Volume, the crowd is instantly mesmerized. Front man, Benji Webbe, is without a doubt one of the most entertaining, charismatic and commanding frontmen in the metal world at the moment and seemingly effortlessly, no matter the audience, creates a perfect vibe which resonates through the crowd. 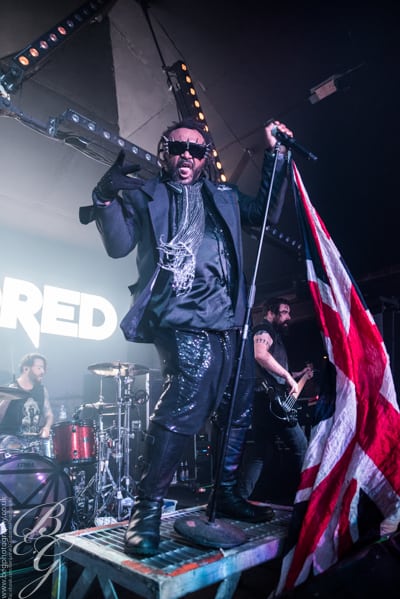 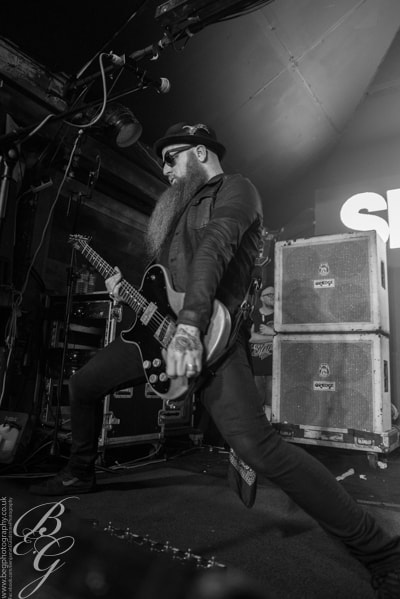 Skindred are spotless tonight. It is clear that I am watching a very well-rehearsed and flawless performance from one of the UK’s most entertaining bands. The show flows perfectly from start to finish, from ‘Rat Race’ to ‘Kill The Power’, showcasing a cross section of Skindred’s incredible 19-year career.

These guys are experts in what they do, and what they do is just simply brilliant. There is no other act like this out there right now, and they manage to create such a vibrant and unique atmosphere, merging genres seamlessly and even managing to drop in ‘If You’re Happy and You Know It’, Metallica and a “Fuck this shit” version of Justin Bieber! 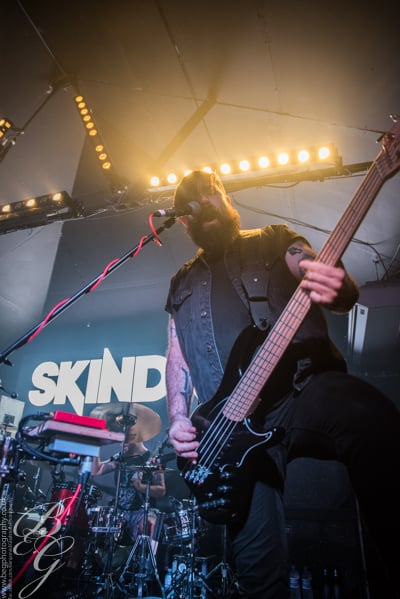 For the first time tonight, we also see a different side to the artists, as Benji tells us a heartfelt story of the loss of a good friend, him and guitarist Mikey Demus sit down in front of a sea of lighters and Phone screens  for a powerful rendition of ‘Saying it Now’. It really is great to see this side of the band.

Bringing the night to a close, the final songs ‘Nobody’ and the encore of fan favourite, ‘Warning’ leaves everybody walking away, ears ringing and satisfied they witnessed a band truly at their peak. 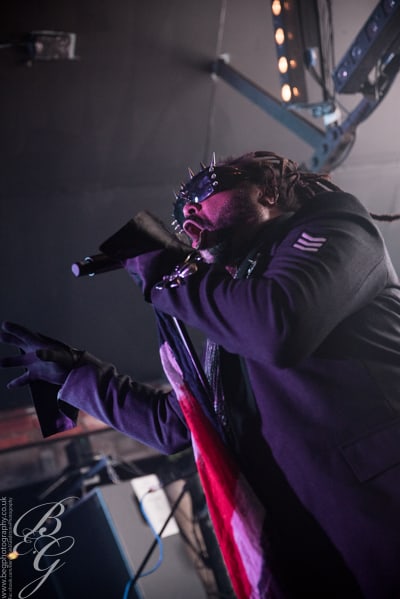