Tonight York reaches its full potential as a city that can cater for big bands and vibrant new live music. Welsh Ragga-punk kings Skindred are in town along with London-based alt-metal champions Forever Never and Sheffield’s own rockers Laruso. 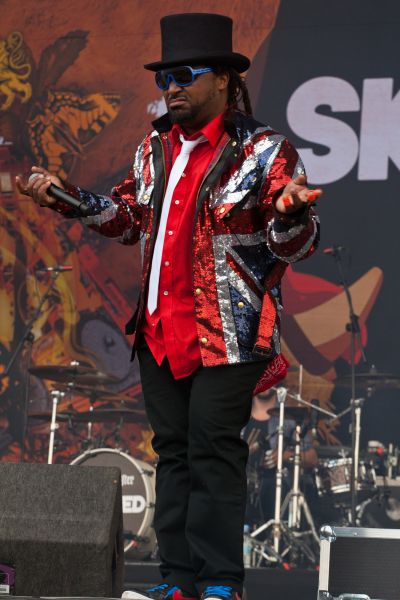 First up is the latter, Laruso are a nice mix of everything that has been positive about British post-hardcore over the last ten years. Their sound spans brit-rock’s best from Hell Is For Heroes via Reuben with a tinge of Fightstar in there for good measure. Without their energetic live performance, Laruso might not be celebrated as much as they are right now, but thankfully they are full of un-bridled energy and drive. On standout tracks like the vibrant ‘1998‘ and hard-hitting ‘Plain Paper Napkins‘ the group show that real gritty and passionate rock music is still more readily available up north. As the band bounce, stretch and jump across the stage promoting proper punk drums, uplifting riffs and rough-but-ready vocals, new fans identify easily with the accessible sing-a-long lyrics. Despite a slow start and initial difficult getting the crowd to make noise, the band refuse to give up and are dually rewarded for their efforts – top stuff. 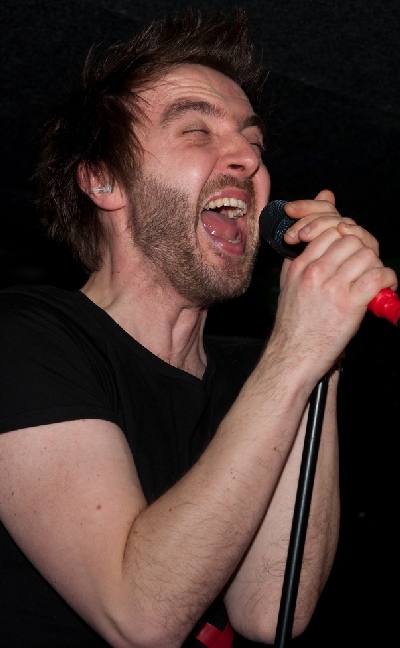 Next up Forever Never strike like the ultimate knockout offspring of In Flames, Breed 77 and Sevendust. Their decadent mix of thrashing riffs, diverse vocals (ranging from an R’N’B-esque smoothness to thrash-style growling) and furious progressive drumming has the York crowd fully revved-up and in the mood for blood, sweat and booze. From the strength and diversity of ‘Empty Promises‘ to the uplifting opening tones of ‘Never Enough‘ (followed by some excellent riffage and melodies harking back to the best in mid-90s alternative), Forever Never‘s personal themes and innovative soundscapes captivate their receptive northern audience tonight and keep fists pounding throughout this solid set. This band are proof that if you work hard from the ground up, enjoy giving 110 per cent on stage and can write more than a few decent songs, then you can still achieve success in the harsh world of modern rock. 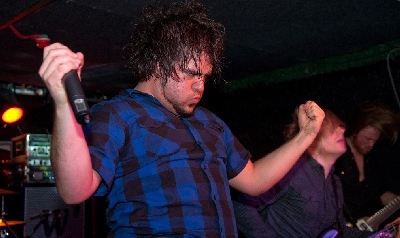 Skindred have gone from strength-to-strength in recent years and with their latest release ‘Shark Bites And Dog Fights‘ skipping through multiple genres and opening the band up to a whole new audience over the course of many international tours, it might be difficult to think about what could make the four-piece happier – a gig in York? Maybe.

You see, tonight Skindred seem on the ball, they seem eager and ready for a stadium and it seems like, since they haven’t quite got that in The Duchess, they decided to play this gig like it was one any way. If there’s a word (slightly cliché, as it is) that describes Skindred‘s sound for those who weren’t there or just don’t know, it really is pretty interested. The mix of ska, punk, metal and reggae is ever-infectious and attractive in its powerful delivery during a live show. From established favourites like the mosh-ready ‘Pressure‘, the euphoric party-anthem ‘Selecta‘ and the defiant and defining ‘Nobody‘ (featuring Forever Never vocalist Rennie on-stage) to new material like the anthemic and catchy ‘Stand For Something‘, Skindred turn The Duchess into a haven for all that is good about contemporary rock music – the atmosphere is sweaty, the air is hot and the music is bangin’ (following some random but welcome disco interludes and thumping drum and bass parts from Benji Webbe and co). Throughout the night, the vocalist seems appreciative of the York fans – as a true showman, there’s a definite persona Webbe adopts for performance but it works here and he comes off as the gleeful ringleader for the dedicated Yorkies who are more than happy to see one of our countries biggest names in their city.

For more information visit Skindred‘s official MySpace and watch part one of our video interview above and the rest here.