On Saturday, May 24, the busy and cultural city of Leeds was invaded by punks, metal-heads and everything in between when Slam Dunk 2014 took over the University of Leeds campus. Through the ominous clouds and the intermittent rain throughout the day, the sounds of The All-American Rejects, The Ataris, Bury Tomorrow, Chiodos and many more bring light to the dismal, rainy day. The three day festival is spread out through the North, South and Midlands, and it all kicked off in Leeds on Saturday. 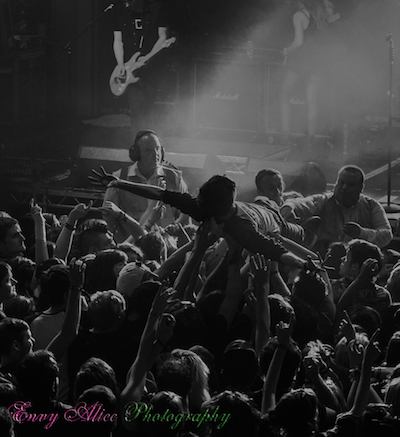 With over fifty bands and artists, the day is split between six stages with signing and merch tents set up all over the venue for fans to interact with their favourite artists. The sold out venue celebrates many different types of fans and music under one roof. First up on the K! main stage, we check out a mighty performance from four-piece Hampshire band, Canterbury. Following our interview with the band, the guys put on an energetic and solid performance to a packed crowd. Despite the weather, nothing can ruin the great performances and good vibes of the day, which continues (albeit indoors this time), with a sweaty and enthusiastic performance from relatively new and definitely upcoming band, Decade. Nothing brings together a set like a killer stage presence, which vocalist, Alex Sears delivers tenfold. With constant crowd participation and engagement, the band puts forth an exciting performance riddled with crowd surfing, sing-alongs and even a little blood.

Next up, we move back to the K! main stage to check out London reggae/ska band, The Skints (pictured) who put on an awesome set that keeps the crowd moving from start to finish and transports the audience away from rainy Leeds for forty minutes. The band announce that this is their first UK gig of 2014, which brings even more enthusiasm and excitement to the crowd. The obvious enjoyment permeating from the stage through the room brings positive energy and a great vibe to the audience, who are shoulder-to-shoulder moving along to every song. 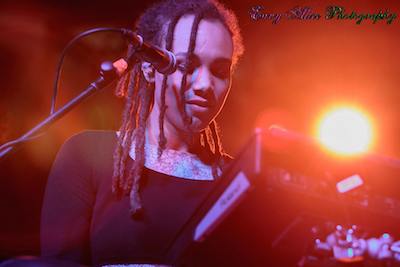 Sticking with the main stage, we watch the crowd pour in for Florida pop-punk band, We The Kings. As the room fills with fans, the lights dim and the band takes the stage in front of a very restless and eager crowd. Despite a bumpy start with some technical difficulties with the sound in the first song, the band manage to keep the audience captivated and continue the set with fantastic stage presence and confidence. The crowd hangs on to every word that comes out of vocalist, Travis Clark’s mouth and maintain an unrivaled loyalty to the band throughout their set. The energy on the stage from the band stays through both faster and slower songs and the pure gratitude to the fans and enjoyment is made evident by the band through every song played.

Next up we head to the Atticus stage for an absolutely packed performance from New York pop-punk band, State Champs. Fans were waiting in line around the venue throughout the performance to get into the room, with security guards letting them through in groups of five at a time. The full room and enthusiastic atmosphere reflected the impressive and high-energy performance from the band, with eager fans waiting in line just to catch a glimpse of the set. We then head back to the K! stage for a highly anticipated performance from Minnesota pop-rock band, Motion City Soundtrack. Vocalist, Justin Pierre, delivers a highly animated and impressive performance with each song that keeps the fans engaged. The energy from the band, as well as their solid and upbeat performance with little talking between songs creates a fantastic atmosphere for the room filled with fans. With a combination of old and new tracks from the band, the fans dance, crowd-surf and sing along to every word that came out of the speakers.

We stay at the main stage next to check out one of the most highly anticipated performances of the night from the increasingly popular New York pop-punk band, We Are The In Crowd. The scene is set with an excited crowd on edge even before the band takes the stage. From the first note out of vocalist Taylor Jardine’s lips, the audience hangs on to every word she sings and every note played out from the speakers. We Are The In Crowd deliver, arguably, the most enthusiastic performance of the night from start to finish. The energy from the entire room creates a raw enthusiasm that spreads through the venue as the band jumps, dances and, most importantly, rocks out on stage for their entire set.

To change the tone of the night, we head to the Antique Acoustic stage to watch Ben Liebsch, otherwise known as You, Me, And Everyone We Know, deliver his first performance in the UK. After frequently stating how nervous he is, Ben plays an organic and honest set, making a small mistake in the first song, but laughing it off with the crowd, who are more than supportive. With frequent conversations with the audience and audience participation, Ben’s performance screams ‘sincerity’ while playing old favourites as well as songs from his latest EP that deliver a poignant message.

The eventful and exciting day ends back at the K! main stage with the full room waiting to see American pop-rock band, The All-American Rejects. The set kicks off with a dramatic entrance from the band, who are playing their first show in the UK in three years, in the shadows of the stage before they go right into ‘Dirty Little Secret’, which makes the crowd go wild. Vocalist, Tyson Ritter, dances around the stage while interacting with both the crowd and the security guards. The moshpits, crowd surfing and general dancing and singing along from the audience help make the atmosphere of the night, while The All-American Rejects deliver a set that any fan will have been more than happy to hear with a healthy combination of new and old songs, as stated by Ritter, ‘Taking you back in time’. The band’s tight and solid sound is complimented by Ritter’s eccentric demeanor while he tells anecdotes to the audience. The pure energy alone coming from the band creates an amazing stage presence that delivers the perfect ending to the day. 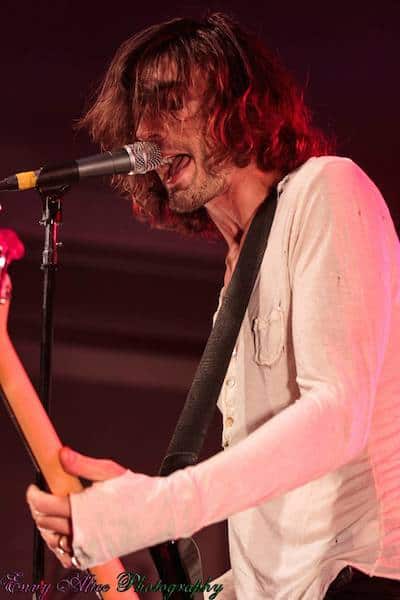 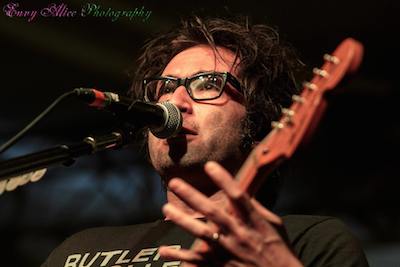 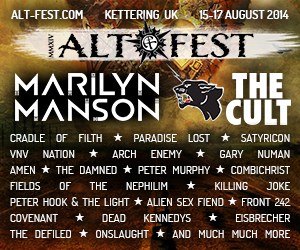