We arrive at The Key Club with a real feeling of excitement for this show. We’ve been fans of the old version of this band for many years, and having seen them grow from a support band at pub gigs to a headliner of 300 capacity rooms and even as a support act in sold out academy venues, we’ve seen everything that Solemn Sun can do. That is, until they scrapped their back catalogue and dropped frontman Jim Lockey’s name from their title. 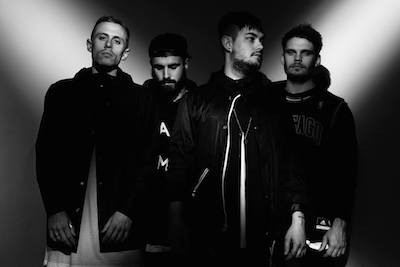 The first thing to note is that the gig isn’t very busy. Throughout the night maybe 30 or 40 are in and out. That didn’t phase opener Patrick Craig though, a solo acoustic act from Leeds who had seemingly brought a good chunk of the audience with him. His confident stage presence and Xtra-Mile worthy songs make for a positive start, even if it is one that represents the scene which Solemn Sun are trying to move away from.

Next up are tour support Youth Man. It’s hard to put in to words what this fizzy ball of energy and wonderful noise is all about, because just as you think you’ve figured it out, they’re forcing a whole new noise in your face. Quite simply, this alternative three piece from Birmingham are a stunning live band and one that you need to see as soon as possible.

Finally, the main event. You could be forgiven for feeling a little annoyed about paying £8 to see a band who have essentially only ever played three shows before and only have six songs. That’s only until they start playing though. These four lads have always created great music together, and just because they’ve dropped the acoustic guitar doesn’t mean that it’ll be any different.

‘Josef’ is a particular highlight and its obvious that Solemn Sun are making the music that they want to make. Last time we saw the old band in Leeds there were maybe five times the amount of people in the audience, but they seem happier now, and have a solid platform to move forward that isn’t tied to a scene which might have a shelf life. Sure, £8 for a 25 minute set of new material is a bit pricey, but to see it performed so passionately and precisely, and when the songs are that good, it’s worth every penny.