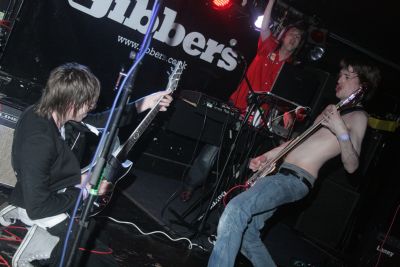 Starting off with an electro-punk powerhouse with the size and strength of ‘The Time Is Now‘, the three seemingly pour their hearts, souls and pretty much everything else into the first few minutes – there’s smoke, intelligent electronic flashes and monolithic guitar motions that make this a ridiculously infectious tune that shows off the band’s all-round musicianship.

Other tracks that standout include new track ‘Turn It Around‘ which takes on the best bits of Hendrix (the guitars, style and structure) and puts them in a blender with Pendulum‘s gritty beats and Does It Offend You, Yeah?’s fun-loving attitude. Also, our personal favourite ‘Goin’ Down‘ hits delightfully hard and has the crowd packed tight and jumping around like electro-fuelled maniacs…very happy ones. Indeed, there seems to be a real air of positivity in the thick venue air tonight – it’s like one massive rave…with guitars. Your thing? Thought so.

As Testtone power through their set of hard-hitting electro-indie-punk anthems on a night that sees the group launch its second EP, one wonders what the band need to move forward. While people might argue that getting a live drummer would add an extra dimension to the bold synth-driven sounds the band currently push out, what they really need (and in our opinion, deserve) is more exposure, and even more people to crowd-surf and bounce around like those in attendance tonight. It is great to see young and old fans getting into the party mood together feeding off the power of three. Right now in York, it’s all about the T-to-the-E-to-the-S-to-the-T-to-the-Oh you get it! 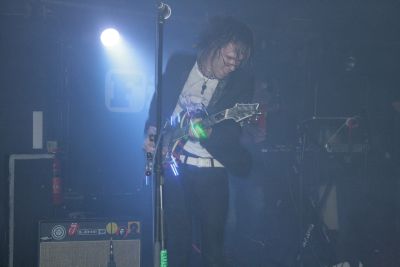