It wasn’t the most packed gig we’ve ever seen The Corporation, but if you weren’t there for The Birthday Massacre’s triumphant return, you definitely missed out… 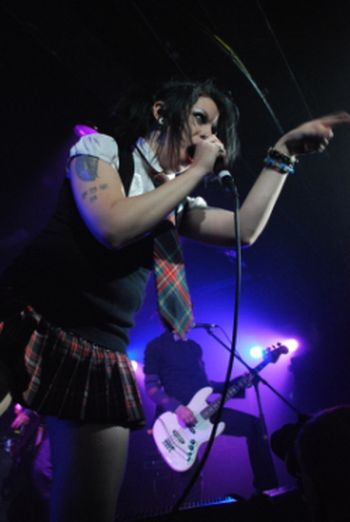 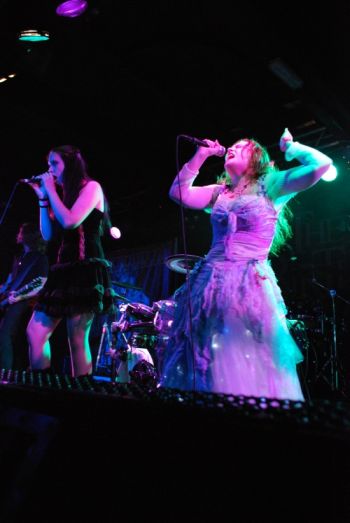 The show was delayed by an hour and a half, but finally local act Dyonisis open the night with beautiful dual vocals and folk-inspired guitars. They’ve been on the scene for a while, but you wouldn’t be able to tell from their lack of engagement with the crowd. Their ethereal rock is played well and is pleasing to the ear, but not as dynamic or enthusiastic as one might expect, which is disappointing. They seem to have the raw ingredients to be something exciting, but don’t want to take the risk

Raggedy Angry, on the other hand are definitely a spectacle. They take the guts and spirit of early Marilyn Manson and transfer it into modern electronic shock glam rock. Vocalist, Irvin Scabtree, has the makings of a fantastic frontman, despite his voice at times being rather nasal. Their cover of ‘This Is Halloween’ really made the crowd pay attention and further into the set we are surprised again by a rendition of ‘Gangsta’s Paradise’. They have a mixed reaction from the crowd and, admittedly, their set wasn’t perfect, but these boys should unquestionably be on your list of bands to watch over the next few years. 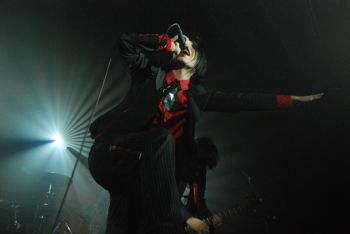 After a long wait, The Birthday Massacre storm the stage with such energy and enthusiasm, you’d never have guessed that this was their seventh consecutive show on the tour. Chibi (vocals) bounces around the stage like a demented schoolgirl, waving at everyone she notices as they break into ‘Looking Glass’. One thing that sets TBM apart from other bands in their genre is that they’ve got such a happy vibe about them – they’re constantly energetic and giving it their all, whilst having tons of fun. They combine so many different elements – metal and darkwave, anger and innocence, and they have the stamina to keep the sparkle going right through the set. It’s hard to believe that they have been going for 10 years – their live show is unjaded and full of life. It’s very easy to tell that these guys have been friends for so long as the set is sprinkled with not-so-private jokes between Rainbow (lead guitar) and Chibi which makes everyone feel like they’re part of the party.

They end the set with ‘Happy Birthday’ and ‘Blue’ – which is most definitely the standout track of the night – it’s nice to be reminded that even though TBM are famed for their exhilarating brand of electro-Goth they can be heavy and raw just when they need to be. If you like The Birthday Massacre on CD, they are more than a delicious treat live. Yum! 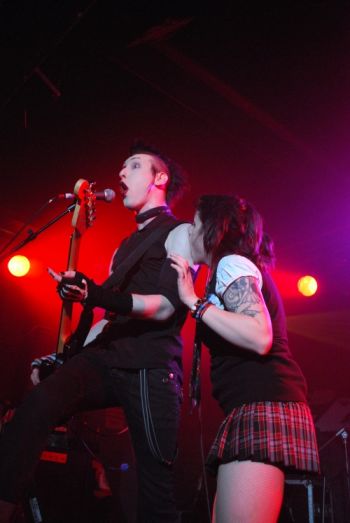 All photography by Helen Gilroy