With the prospect of true legends on the bill, the venue fills quickly; as many audience members know a true treat of an evening is in store. 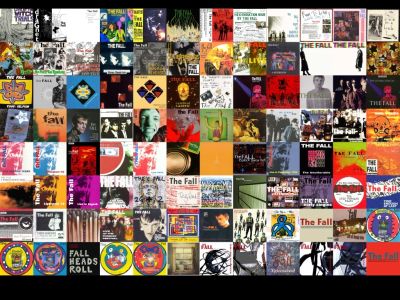 Before The Fall ensconces themselves on stage, The lnflictors bear the ‘support act’ mantle with high esteem. From ‘One Of Understanding’ to ‘Higher And Superior’, the eight songs the Salford lads deliver are pleasing jaunty rhythms with crisp, powerful instrumentation that strongly adheres to the classic Northern sound blueprint, and are the right tunes to keep the audience buzzing.

Any movement detected in the stage area between sets is fervently cheered, whether it’s roadies conducting a soundcheck or venue staff ensuring cleanliness and safety is upheld – so when 10.00pm comes around, the band’s emergence on stage is met with a sound endorsement by the crowd.

Tonight sees the third show of the band’s current tour where Tim Presley temporarily reprises his role as guitarist while Pete Greenaway welcomes the birth of a new child. Meanwhile, Mark E Smith is punctual by his reported standards on this tour, as set opener ‘Nate Will Not Return’ rings out around the room.

Smith is in what can only be described as reasonable form this evening; he is consistent in his stage presence, he hangs around for the majority of the set’s hour-long duration; from where this writer is positioned physically (and mentally), Smith is giving the band, their set and his audience, the time of night and isn’t coming across as disillusioned.

The song count reaches and exceeds double figures (thirteen by our reckoning) and his voice is as wonderfully mumbling as it is on record – you don’t necessarily go to see The Fall for merely the aural experience, but on all levels, Smith does not disappoint.

Every song in the set, from the band’s vast back catalogue to tracks from the upcoming album ‘Ersatz G.B.’, is warmly appreciated by an audience undoubtedly in awe; not just at Smith’s mere stage presence, but the musical synergy of all members.

This appreciation is measured with three returns to the stage – the definitive one following a rousing version of ‘Mr Pharmacist’, which the band also rounded their recent set in Edinburgh with – and it’s over. When realising later Smith experienced pain in his feet on the night, it goes someway to prove tonight’s been one of the better evenings.

For this debutant whose live experience of The Fall is mainly through repeated listening to the multitude of Peel session, this hour in the band’s company is ordinary, almost to the point of being unremarkable – but how else should it be, really?