“We’re going to do things a bit differently tonight. We’re going to play a short set and then we’ll be playing all of ‘Pschyocandy’.” It’s a special night when the gig starts off with Jim Reid saying that. 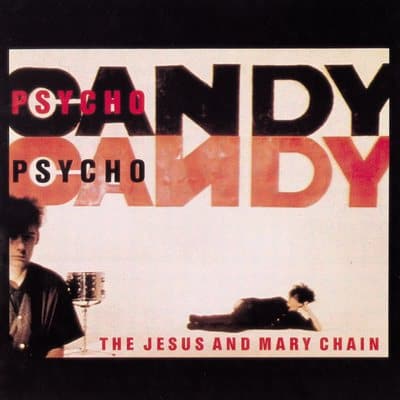 A lot of bands are doing that thing where they play full albums live to celebrate an anniversary. It’s a pretty cool thing for fans of said album, possibly a tactic that could become overdone in the future but not yet. Certainly not with ‘Psychocandy’, which celebrates its 30th anniversary this year.

Back in the 80s, The Jesus and Mary Chain released two solid albums; ‘Darklands’ and ‘Psychocandy’. Both great examples of how noisy alternative rock should be done and setting a precedence for what shoegaze and post-punk should be.

Hearing ‘Psychocandy’ live isn’t just hearing a cool album by a cool band live. It’s pretty much a piece of history. And true to history, it’s really cool to see that The Jesus and Mary Chain are still very much the same band that they were back in the 80s. They may have physically aged and got rid of the wild post-punk hairstyles but they still sound exactly the same and appear to have the same attitudes. They still seem to carry an air of shyness, still looking down at their feet to make sure they’re pressing the right pedals at the right time but still playing some excellent tunes backed by obnoxious noise.

These things become apparent as the band play their mini kind of hits set at the start, with tracks like ‘April Skies’ and ‘Head On’ getting people hyped up. The only thing that probably has changed is that they’ve now got projections to go with their live shows. When they go off stage, there is none of this waiting while the crowd filled the silence with chants for more. You got a short video clip instead.

Similarly, throughout the playthrough of ‘Psychocandy’ there are projections of various, seemingly random but arty things to go with the songs. Whether it’s almost Man Ray-style eyes moving around, psychedelic patterns or, at the end of the show, the words “game over” written vertically.

There was a couple of times when the band have technical difficulties or their playing was a bit off. For some bands, this would be annoying but with The Jesus and Mary Chain it’s kind of endearing. When you see them live what you want a real, rough and ready band, so you should expect the whole package. Mistakes and all.