Having just had a very nice chat with Tim Starks, the lusciously bearded drummer of True Widow, we make our way in to the esteemed Brudenell Social Club in Leeds to catch supports Broken DC, who do a very good job of setting the ambient tone for the rest of the night with a collection of droney, intense songs that reverberate around the room. Their job is soon done, and then it’s time for the headline act to make their way on to the stage. Indeed, the band look as cool as ever, and that laid back sense goes straight in to their set, which always feels measured but also relaxed, like the band know they can have some fun with their songs while maintaining that powerful, expansive sound that they’ve gained so much recognition for. 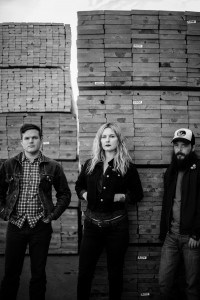 One of the highlights of it is definitely the epic, immersive and captivating ‘Four Teeth’, which from its insanely catchy opening builds in to Nicole Estill’s vocals so intricately and so well in a way that ensures the song never lets go. It’s reverberating and multi-layered quality is what makes it so memorable, and the trancelike state it can put you in is unheralded. So involving is the song that we don’t even realise that we’re happily bobbing along, utterly mesmerised and carted along for a ride dripping with atmosphere and sheer musical density.

It’s a quality that they maintain ably throughout the set, enthralling with every song. They’re all measured to perfection, each separate track given the space it needs to drag us in and keep us transfixed without ever overstaying its welcome by any means. While it means that the band don’t get through as many tracks as you might have though an hour long set would allow, it means that what you do get is a set of wonderfully precise songs that never miss a beat and always maintain their gloomy, spellbinding energy. 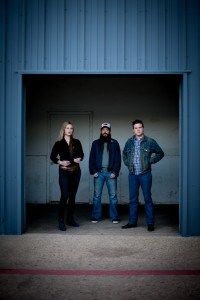 Ultimately, True Widow definitely do not disappoint, flawlessly blending tracks from their three albums to show enough of the latest record ‘Circumambulation’ to be worthwhile and show us just how good it is and yet sprinkle in a few old favourites to keep the fans happy. The show was so mesmerising that it almost comes as a shock when vocalist and guitarist Dan Phillips announces that the band are done and thanks the audience, but we can say that we witnessed flawless renditions of magical songs and the fact that they left us wanting a lot more is just testament to how good they were. A triumph of a band.