The queue to the doors of Rock City is certainly an eclectic one tonight. Long-haired metalheads sporting cargo pants and Pantera t-shirts stand alongside teenaged girls dressed in Japanese Decora fashion, throwing peace signs for selfies. The air is frosty but the atmosphere is electric, warm, and curious. Tonight’s gig signifies the merging of opposite worlds- metal and classical, glam rock and hardcore, young and old, darkness and light. 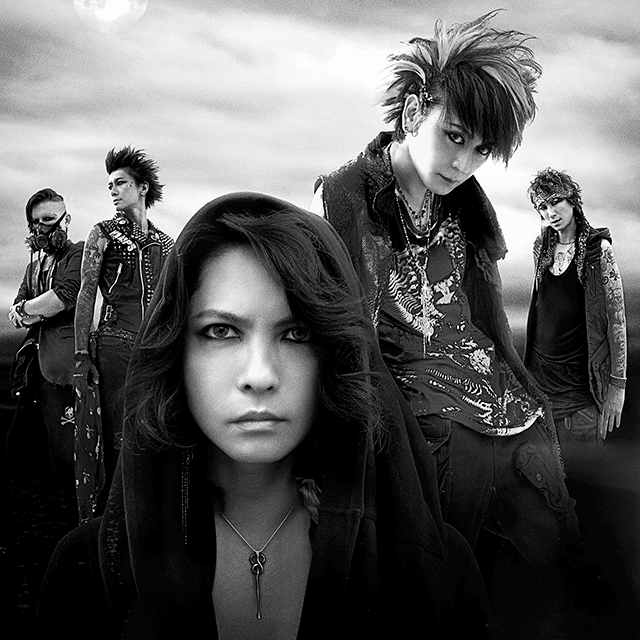 Not only are Finish cello-wielding giants Apocalyptica touring with Japanese Visual Kei band VAMPS, but they have also written and released a song with them, called ‘Sin & Justice’. This song shows just how well opposing influences can work together to create something momentous, and what we are about to see tonight is nothing short of that mark.

VAMPS set is short but incredibly sweet- it is apparent how large their following is from the high-pitched screams escaping the audience. Fronted by Japanese singer-songwriter and record-producer HYDE, who’s other projects include L’Arc-en-Ciel and Halloween Junky Orchestra, they blast through their songs with relentless energy reminiscent of 80s hair-metal showmanship.

Highlights include a raucous cover of Motley Crue’s ‘Live Wire’ complete with cow bell, their hit single ‘Revolution’, HYDE parading around the stage with a skull and cross bone flag attached to a pole slung across his shoulders, and the melodious ‘Midnight Celebration’. HYDE’s voice is perfect throughout and I am left in anticipation of a live collaboration with the main event.

Apocalyptica is comprised of three classically trained cellists, Eicca Toppinen, Perttu Kivilaakso, and Paavo Lotjonen. Formed in 1993, the group (with a slightly different line-up) made waves internationally in 1996 with Plays Metallica by Four Cellos, which combined their formal background with metal influences. For their latest album, ‘Shadowmaker’, Franky Perez joins them on vocals. Tonight he is here with the band, providing a punky vibe to their otherwise melodic sound. He certainly stands out sporting cargo pants.

If I can say one thing about this gig for sure, it’s that I have never headbanged to classical instruments more in my entire life. They slay with a powerful rendition of Metallica’s ‘Master’, get the crowd yelling along to hit ‘I’m Not Jesus’, and nearly reduce me to tears with a moving instrumental version of ‘Bittersweet’. As well as having an incredible stage presence, throwing cellos around in ways you never thought was possible, the undeniably breath-taking thing about Apocalyptica is their musical genius. I very easily lose myself watching the expert way in which man and instrument become one on-stage.

I am thrilled when VAMPS join them again to perform ‘Sin & Justice’, HYDE having undergone a full wardrobe change. The bands work perfectly together, a near match in both theatricality and musical prowess. After ‘Seek and Destroy’ and ‘Hall of the Mountain King’, Apocalyptica themselves exit stage. The crowd cries insistently for more, and we are rewarded with a brilliant encore of ‘I Don’t Care’ and ‘Dead Man’s Eyes’, the end track of ‘Shadowmaker’. It’s a song that builds and builds in momentum, so that by the time the last scoring notes echo into the darkness, the whole venue is erupting with awe and elation. The boys hug each other, blow kisses to us, and say, ‘Look after yourselves, and look after each other.’