We’ve championed electronic metal band Systemyk for a long time. Coming out of Hull, signing to Casket Music and touring internationally has allowed them to (arguably) become one of the most notable alternative acts to emerge from the area in the last decade. Since 2007 though, and the release of their debut album, ‘Cross Contamination’, the band have only played a handful of gigs and struggled to find a drummer who can consistently keep up with the heavier side of their intense genre-bending onslaught. As a result their reputation has undoubtedly suffered. Tonight, has been billed as their “big comeback” and with a new EP, titled ‘Reward For Obedience’ on the horizon, we have high expectations… 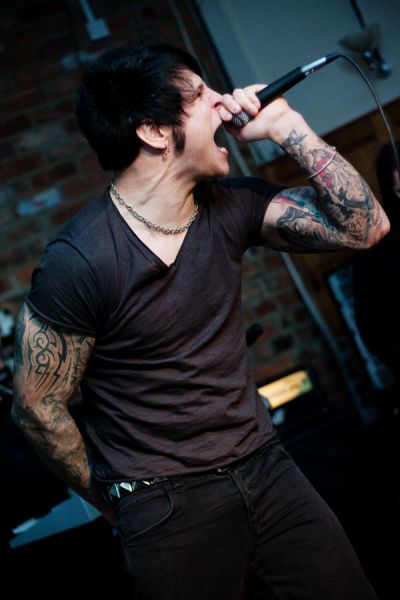 What we get, isn’t as impressive as we might have hoped for, though this is largely due to the terrible sound inside Hull’s newest and most aesthetically impressive rock bar, Hollywood & Vine. The truth is, that without a drummer, Systemyk’s sound does not have the same impact live and while the band (backed in the studio by Producer Greg Macintosh of Paradise Lost fame), have tried to compensate by substituting live energy with samples of gun shots, girls screaming, sirens and for some reason… ‘Que Sera Sera’ all for the sake of “a show”, it ends up sounding like a complete industrial music cliché, especially after the samples in question are repeated more than once. 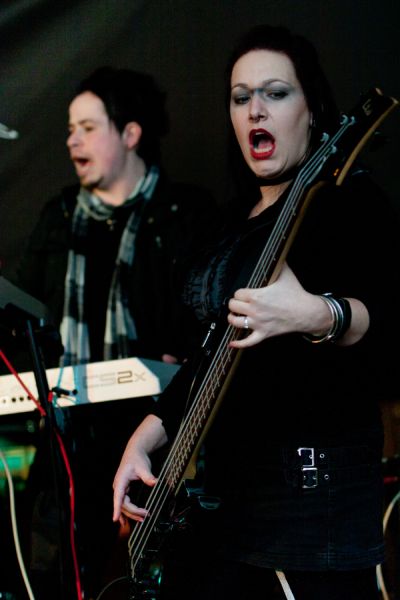 Where the band redeem themselves here, is within the aforementioned energy and their presence. On standout track (a re-worked electro version of their defining ‘Fear Inside’) the group really pull everything together where previously all elements seemed somewhat…”mashed”. All of the members (rather than just ever-motivated vocalist Danny Barr) move about the stage, interacting with their crowd while keyboardist Phil Owst’s programming and general musicianship is brought to the forefront – this song in-particular sounds new, rejuvenated and strong. 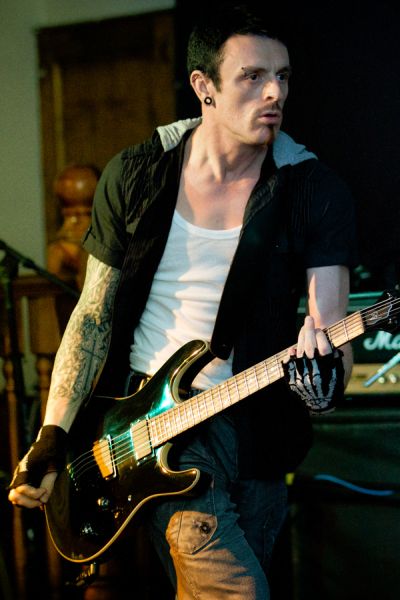 In short Systemyk: if you can’t find a drummer and samples are the only option to fill that gap, get a range of them together – turn the guitars down so we can hear every dimension of your sound and vocals (even when the venue’s acoustics aren’t helping) and let the music do the talking. Then, what is left will be well-crafted, hard-hitting metal that crosses the great genre divide and falls somewhere between Combichrist, Deathstars and Killswitch Engage.