I cry when demons deserve to die

It was Bobby Prince’s 8-bit thrash metal melodies in the original DOOM games that popularised the idea that demon slaying and heavy metal music go hand in hand. This is a rule now written in video game law. From Duke Nukem and Devil May Cry to Brutal Legend and Killing Floor, there’s a long list of video games which have thrown their horns in the air to pay tribute to the Gods of heavy metal. Metal: Hellsinger, the debut title from Swedish studio, The Outsiders, is one of the latest, and it’s arguably the most metal of the lot. 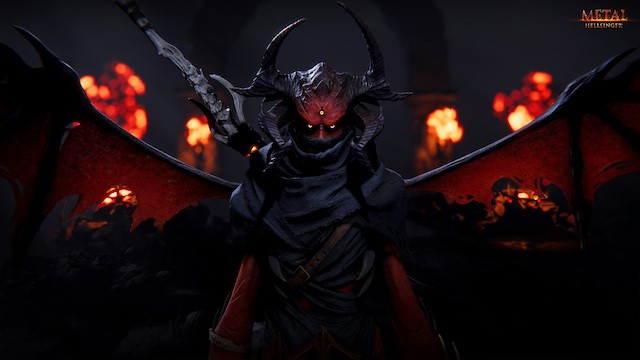 It’s impossible to talk about this rhythm-based first-person-shooter without comparing it to the titles it proudly wears like artwork on its heavily tattooed sleeves. Metal: Hellsinger is what would happen if Guitar Hero and the latest Doom games met each other head-on in a moshpit. The game’s plot, which sees you fighting through Hell as a character known only as ‘The Unknown’ to reclaim your stolen voice, delivers narrative cheese on a similar scale to Brutal Legend courtesy of voice actor, Troy Baker.

We blasted our way through Metal Hellsinger’s eight stages in just over four hours on the normal difficulty setting, but it encourages multiple playthroughs in the form of Torments, challenge stages that reward you with buffs known as Sigils once they’re completed. The points-based nature of the game, in which your points steadily climb as you chain together perfectly-timed executions and chain kills with that chain breaking when you take a hit, will also have you screaming for an encore. The perfectionists and completionists amongst you will likely get a thrill out of trying to make it through an entire stage without taking a hit. Moreso if you’re already a fan of the bands that feature in its soundtrack.

With that said, the amount of enjoyment you get out of playing Metal: Hellsinger will largely depend on how much enjoyment you get from listening to metal music. Elvira Bjorkman and Nicklas Hjertberg from composer duo, Two Feathers, have written a metal album capable of causing a tidal wave of banging heads, circle pits and walls of death if it were played at Download Festival, Bloodstock Festival or Damnation Festival.

Every track in the game features a vocalist from an all-star line-up including Serj Tankian from System of a Down, Alissa White-Gluz from Arch Enemy, Randy Blythe from Lamb of God and Matt Heafy from Trivium. Bjorkman and Hjertberg have paid a great deal of attention to writing music that suits the vocals that accompany it, whether it’s White-Gluz singing over the top of tremolo guitar sections that sound like B-sides from an Arch Enemy record or the drums in the Randy Blythe track that match the bass drum gallop that ex-drummer Chris Adler laid down in Lamb of God’s biggest hits.

And just like a band matching the on-stage energy of its crowd, the energy of Metal: Hellsinger’s music matches the speed and competency of your demon slaying. All of the tracks begin with a stripped rhythm section of bass and drums, but grow in texture and ferocity as the action ramps up and your Fury multiplier grows. Not only does every stage have its own unique track, which forces you to reassess your tactics due to tempo changes, but all of your weapons are designed to be fired – and some even reloaded – around a specific tempo.

Take your starting weapon, a skull known as Paz, which isn’t very strong but fires on every beat, while the Persephone, basically a shotgun, can only fire on every other beat. Then you’ve got your sword, Terminus, whose first two slashes land on the beat before triggering a combo animation that means your third and final slash isn’t delivered until the final beat of the bar. Other weapons, such as the crowd-killing Vulcan crossbow, can only fire two bolts before having to be reloaded, in itself is a rhythm-based process as a faster reload time can be triggered by hitting the reload button on the right beat. 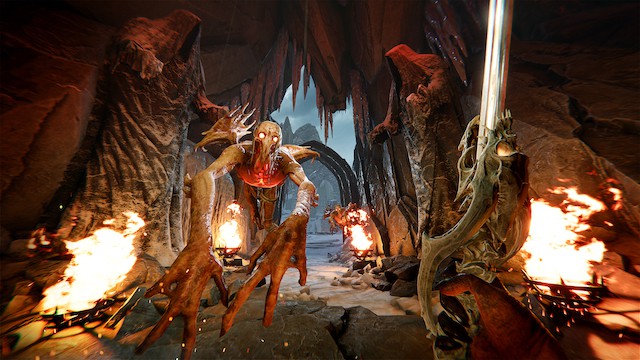 Almost every aspect of your movement and gunplay in Metal: Hellsinger is based around rhythm, even your dashes, although you’re not punished for failing to jump in time with the beat. This turns you into a conductor of a violent yet beautifully coordinated onslaught of bullets. Every new weapon introduces the challenge of perfecting the right timing of button presses to avoid and then destroy your enemies, while the tempo changes of new stages may force you to change tactics – such as having to slow down your reloads – if things get too fast.

It’s easy to fall into a state of Tetris-like flow with Metal: Hellsinger once you’ve got this formula perfected. In many ways, figuring out the music in Metal: Hellsinger is like sitting behind a drum kit and working out a difficult riff that your guitarist has brought into the practice room. It might take a couple of attempts to put the right beat behind it, but eventually, you’ll have that lightbulb moment where everything comes together.

Things can also fall apart pretty quickly, which happened on several occasions during our time with Metal: Hellsinger on the Xbox Series S, and often feeling as if they were through no fault of our own. Beat matching requires a higher level of precision than most other rhythm-based games we’ve played and action can quickly grind to a halt if you miss finisher moves, which is something that happened to us pretty regularly. There’s no option to set different sensitivity levels for the X and Y axis on the right joystick for console players, either, which meant that once we unlocked the Vulcan crossbow, the wide area damage from the crossbow blasts made other weapons much less appealing due to how much accuracy they require.

Our biggest gripe with Metal: Hellsinger is how frustrating the game becomes once your health reaches a critical point. After you’ve taken too many hits, the music and its accompanying metronome will drop in volume to bring in a warning health sound. This new audio cue triggers as soon as your health reaches a critical point, rather than being introduced on the beat. This means you’ve got two audio tracks clashing against each other, which makes the process of recovering your health by hitting a nearby health point or triggering a finisher kill a much more difficult process than it should be.

Once you’re in the swing of things, Metal: Hellsinger is one of the most satisfying video game releases of the year. At least on console, this means its sometimes-shaky mechanics are all the more frustrating when things go wrong. Imagine playing through Guitar Hero with a guitar where one of the fret buttons is ever-so-slightly damaged.

That said, Metal: Hellsinger is a game that any metalhead, musician or shooter aficionado shouldn’t pass on. While this is by no means the first game to fuse rhythm game mechanics with another genre, Metal: Hellsinger is one of the best examples of music implementation in a video game we’ve ever played and will no doubt become an important reference point in the evolutionary timeline of both rhythm games and first-person-shooters. 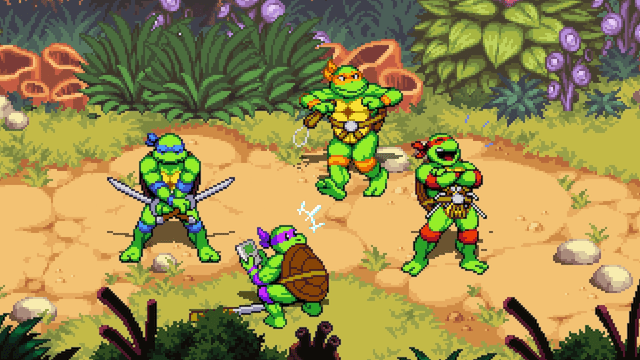 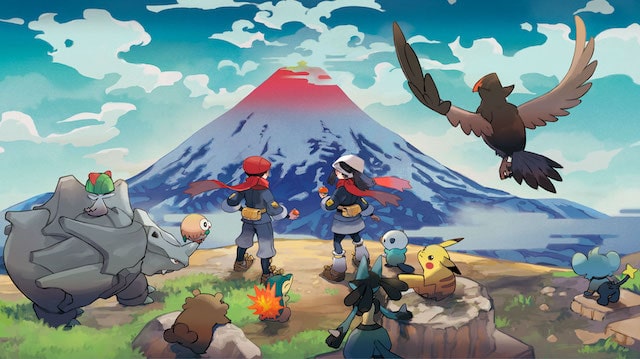