York-based band Mononoké have released their debut, talent filled, EP listing four new tracks under the title Tom Finigan. The instrumental trio, comprised of bassist Matthew Dick, guitarist Steven Jeffels and drummer George Borg, joined forces in 2012. Matt explains, “Steven and George were both studying music at York St. John’s, and I was playing with Steven in an experimental post rock/doom band called SHUT. He was playing drums at the time, but he’s primarily a guitarist, and was itching to form a band to explore that side of things. When he found George things just clicked, and I agreed to play bass.” 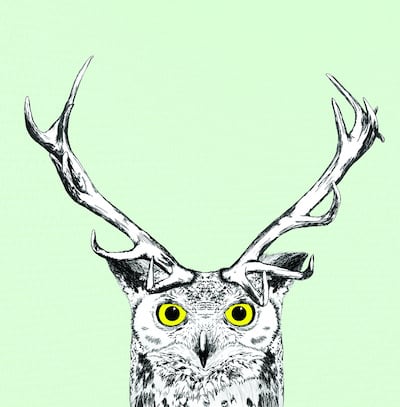 Together, the band decided to take inspiration from the Studio Ghibli film “Princess Mononoke” for their name, (the common factor being their mutual love for the film) but also for the interesting historical context behind the name. Matt explains, “If you trace it back to its origins in feudal Japan, a ‘mononoke’ could be the reason you’d get sick, on account of an evil spirit or a curse of sorts. Fast forward to post WWII Japan and it took on other meanings. It could equally be the spirit of a broom that you’d thrown out, returned to haunt you for your wastefulness! So, the word’s meaning has changed with the zeitgeist of the country.”

The band has paid close attention to the relationship between rhythm and melody in the 19 minute and 33 second long EP, creating a melodic, transfixing, atmosphere, which is then sporadically broken with moments of “fuzzed out riff worship”. Bassist Matt emphasis that they are creating the music they want to hear, without focusing attention to influences from the music world. It’s more about the band generating a result that they appreciate as musicians, as well as something that pushes their boundaries. “Being an instrumental band, we also feel strongly that it has to remain interesting for the listener, so it rarely stands still or repeats the same phrasings.”

The EP is described as a collation of, “…vintage prog, jazz and math rock. Their music is precise and exacting, yet weaves a flowing serpentine path that avoids the all too common pitfalls of self-consciously technical music.” Matt goes on to explain how their music is, “an amalgamation of all our musical sensibilities and loves”, and that is acts as a representation of the three of them as individuals. Furthermore, he describes, “It’s also positive music, with a sense of optimism. Sure, it occasionally has darker shades sometimes, but we cover a wide spectrum of emotion. It’s very important to us that it’s not technical music for the sake of it, we want it to be challenging but without it turning into an exercise in time signatures and musical masturbation.”

Skyhammer studios played home for the York band to expand and explore their creativeness, under the supervision of leading sound engineer Chris Fielding, who has worked with the likes of Electric Wizard and Conan. Mononoké say they were particularly attracted to working at Skyhammer Studios due to their organic approach to recording new material, with the vintage Neve mixing desk playing an important role in the creative process. James Plotkin, renowned master brought it all together for many albums such as Hydra Head, Ipecac, Kranky and Relapse, sealed the deal for Mononoké.

Fans can expect to see Mononoké in Leeds on May 24 with Art of Burning Water, then on June 10 in Nottingham, in support of Alpha Male Tea Party and keep their eyes peeled for some new material currently in creation.