We chat to Manchester electro-punk powerhouse, Syd.31 ahead of the release of their new album, ‘The Last Punks On Earth’. 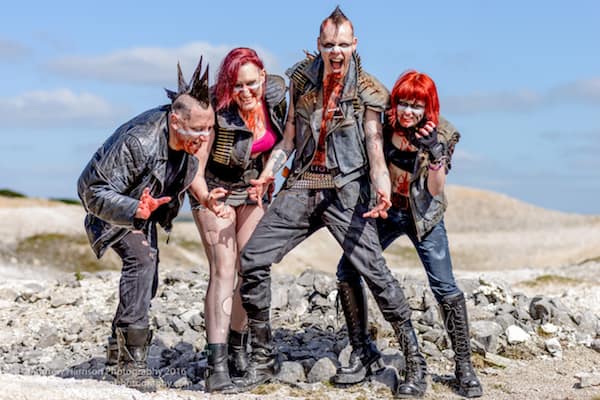 S] Hey man, how are you doing?

S] What’s inspiring you now, outside of music – people, places and things?

The sense of history is really hitting home to me now.  I studied politics at university for years, got offered a PhD due to my research. With that in mind, what’s going on in the world, particularly in the West, is bloody frightening. In 1966 Kennedy referenced a subtle Chinese curse which says  ‘may you live in interesting times’.  Well, I feel we are all cursed at the moment, but it has inspired me to keep fighting.

S] What were the biggest challenges in building this record?

To keep a live feel on a studio album. Syd.31 are about our live energy. No one focuses on being a live band when recording anymore, which seems stupid in an age of declining sales which I put down to boring middle-demographic album production. No great band has ever recorded a safe debut album. It’s about taking risks and sounding dangerous, like early Stooges, MC5 or The Clash. It cost me a fortune, but  I don’t care – I want to capture a time and place, sweat blood and actual tears. It’s nearly impossible to capture but we did it. I wanted to sound like we were literally The Last Punks on Earth.

S] What about some of the best parts of recording the album?

One moment sums it all up –  I wanted to record a marching sound but samples just didn’t sound right. So I bought a bag of B&Q loose stone chippings and stomped on it. It still didn’t sound tight enough, so I ended up bare knuckle punching this bag of sharp rocks in time for what seemed a lifetime. That fucking hurt a lot. But that made me proud, because art is pain and if you ain’t hurting or challenging yourself, you ain’t doing it right. Listening back to the album, it’s recorded this fragile, raw honesty. Noise, chaos and pain and we captured that just right.

S] How has the band changed and developed since your beginnings up until this point?

When I  first started this it was basically a solo project, with a good friend on drums, doing Nitzer Ebb meets Vengaboys. Lots of fun but after seeing what makes people move at gigs, it has now developed into something much bigger than me or anything I imagined. We are now a band, I like to imagine akin to the Sex Pistols in early ’76, it just has this dangerous underground vibe about. Well, maybe a ‘band’ like the Spice Girls! – we have all become such big personalities in our own rights, Me, Charlotte (guitar), Dani Graves (additional vox and loops) and Kara Wolf (drums).

S] Does Manchester inspire your sound at all?

Ok, I’m gonna take a deep breath here…..Buzzcocks, Joy Division, Blitz, Magazine, New Order, Happy Mondays, Hacienda Acid House, Guy Called Gerald, Stone Roses, 808 State, Goldblade, Chemical Brothers…. When I was 14 in 1988 I lived in Zimbabwe and just heard all these sounds coming from this one city, Manchester. It made me want to move and so I did. I relocated 12,369 km, or 7,686 miles but who’s counting, just to get to this place, so yeah, it has been a bit of an influence, the amazing punk, new wave, dance and just the rhythms that makes me who I am and the music I do. I love this place and it’s my spiritual home.

S] What do you think of industrial music in its current state?

I’m seeing a great schism at the moment between British Industrial and our continental friends. Industrial music is quite a niche music and all niche music is being fucking killed by Tory ethics, gentrification and closure of safe places and incubators for the weirdos like us; squats, youth clubs, small venue and dive bars. The continent doesn’t seem to suffer like we do and their music seems to reflect that, it all sounds like it did 10 years ago, fair enough. But British Industrial is being forced to change – it’s getting darker, angrier and sounding more influenced by the American scene again, like 3Teeth and Youth Code instead of Faderhead, and that type of stuff. People are getting pissed off and can no longer identify with songs boasting about vodka, cocaine and sex. Because we all realised we need to get real, and get angry.

S] What are your biggest plans this year?

Keep fighting the good fight – fuck Trump, fuck UKIP, fuck racism, sexism and and fuck everyone that thinks we ain’t worthwhile because of our gender, sexuality or disabilities. In addition to that having a good time, just because you are angry it shouldn’t prevent you from have a good dance, and a great time too. We want to keep rolling forward with gigs, maybe try do some mainstream festivals and gigs and see how far we can actually push this. We are doing another UK tour later in the year, but we also want to to try and hit some European gigs. Basically, there should be no glass ceiling to ambition so I want to see exactly how far I can take the Last Punks on Earth. 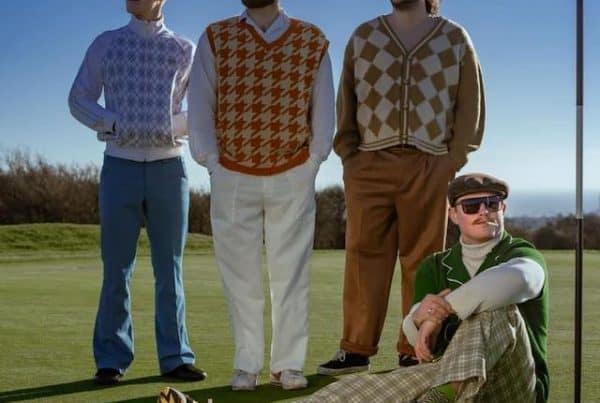