EP Review: Asio’s Eyes – ‘Once A Dream Did Weave A Shade’ 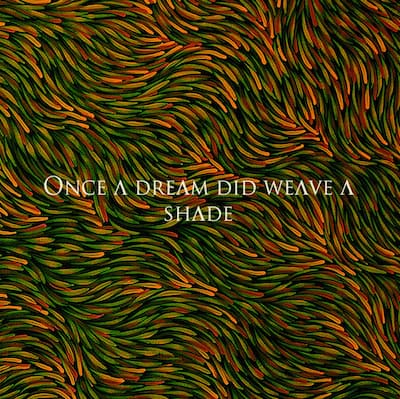 The swirling psychedelic jazz of opener ‘Dreams’ descends pleasantly into gloomy, mellow goodness, with Sam Howarth’s voice slightly reminiscent of Morrissey, his voice floating over the instrumentation with just enough force to keep your attention. By the time the track melts into a funk-laden guitar solo, it’s already been a trip. ‘Glow’ is anchored by gently swaying guitar and some great group vocal harmonies, with a catchy singalong chorus and some interesting diversions into sleepy-eyed-post-punk.

The EP rounds off with ‘Panther’, which opens with jagged stabs of Jonny Greenwood-esque guitar and dissolves into a shimmering, sprightly guitar rhythm with some compelling drumming from Callum Topham. With more effortlessly catchy vocals and some inventive, jazz-inflected guitar work, it’s perhaps the most instantly memorable song of the three.

‘Once A Dream Did Weave A Shade’ is an example of a young band with a firm confidence in itself, sounding fully-formed already. They use their influences as a springboard onto interesting new things rather than just copying them outright, making for music which is mellow, tripped-out and not quite so downbeat that it doesn’t allow itself some moments of euphoria.

Asio's Eyes bandonce a dream did weave a shade