The Lurking Fear are a proposition that should have death metal fans foaming at the mouth. A supergroup containing members of At the Gates, Disfear, God Macabre and Skitsystem, The Lurking Fear was made as an outlet for these veteran musicians to create death metal as they see fit that’s filthy and true to its original spirit. 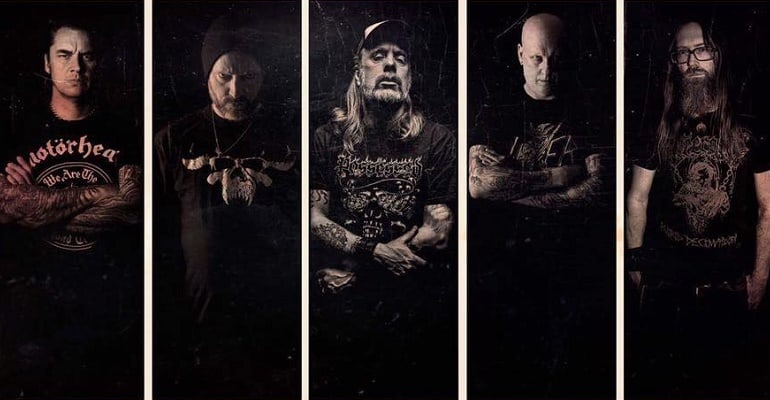 Previously we’ve had only a teaser to go on, but now we’ve got our first taste of a full song as The Lurking Fear release Winged Death from their upcoming debut EP. It’s full of rampaging death metal riffs and Tomas Lindberg’s instantly recognisable vocals are in potent shape. Listen to Winged Death here.