I know what you’re thinking, Soundsphere Magazine at a Radio 1’s Big Weekend? But really, how could we not when it’s right on our doorstep. It might not be our usual cup of tea, but this is different. To help celebrate Hull being 2017’s UK City of Culture, the good folks over at Radio 1 decided to bring their annual travelling festival to our fine shores. With a line up showcasing the best in everything from rock to hip hop this is much more than a pop festival. With the sun shining against the beautiful backdrop of Burton Constable Hall, we start our festival with a bang.

The Where It Begins stage is kicking off all guns and guitars blazing today, as Reading newcomers The Amazons hit the stage. It’s brilliant to see such a big audience for the rock four-piece, especially as their self-titled debut album came out only two days earlier. Looking like a modern day Nirvana, complete with Cobain-esque frontman, The Amazons throw out a set of future classics and instant sing-alongs, setting the day up perfectly. Watching the show, it is clear to see why these guys have been included in BBC’s ‘Sound of 2017’ list, especially when you combine that sound with such a well-rounded performance. They end the show on their massive summer sing-along hit; ‘Junk Food Forever’. Referring to just how many times this songs has been on Radio 1 recently, singer Matt Thomson exclaims “You’re probably going to get sick of us at some point, but that’s what rock’n’roll is about”. Not yet, guys.

Over on the BBC Introducing Stage, keeping it rocky we have local-lads-done-good, Life. Tearing Burton Constable Hall a new one with their blend of no-fucks-given punk and rock’n’roll. Life are everything you want from a rock band; dirty, angry, intelligent and loud. As front man, Mez sneers and snarls his way through a set of gritty punk, they instantly start turning the heads of passing festival goers. This band has been championed by so many over at Radio 1 in the last couple of years and deservedly so. It’s great to see all the hard work paying off and people taking notice. This is a band to watch out for.

Back over at the Where It Begins Stage, the crowd are piling in quickly. The tent fills to capacity in no time and security stand around the entrances refusing entry, though that doesn’t stop people from gathering around to try and get a glimpse of the next artist. Rag’n’Bone Man has seemingly came from nowhere to become a household name in such a short period of time. After his debut single, ‘Human’ shot to number 2 in the charts and picking up the award for ‘British Breakthrough Act’ at the 2017 Brit Awards, it was clear to see that there would be no stopping this guy. With one of the most recognisable voices in pop music at the moment, Rag’n’Bone Man, real name Rory Charles Graham, stuns the huge crowd with his incredible vocal range and soulful bluesy pop. Opening up the show with’ Wolves’, Graham fires through a storming set including singles ‘Skin’ and of course ‘Human’.

Heading over to the Main Stage for the first time today, we have James Arthur. “I only live about thirty minutes away from here so it feels like a hometown gig” Arthur tells the crowd as the X factor winner plays through a great set in the blistering heat. Normally we wouldn’t really cover X Factor artists, (it’s a little out of my comfort zone), but James Arthur has established himself as a brilliant singer-songwriter and arguably one of the most successful and talented winners of the ITV show. This afternoon, he showcases himself as just that to a crowd of adoring fans.

After a minutes silence to reflect on the tragic events in Manchester last week, we head back over to the Where It Begins Stage to check out London Grammar. The set starts with the solo vocal performance of ‘Rooting For You’ by Hannah Reid which is hauntingly brilliant. The swelling, pulsating lights add to the majesty of the performance whilst the opening notes of debut single ‘Wasting my Young Years’ begins and Reid’s unique and incredible voice stuns the crowd. Drummer Dot and guitarist Dan begin to creep in as the song builds to a mesmerising crescendo. It is quite surprising to hear Reid exclaim just how nervous she is as her and the guys continue to play through a perfect set. Everyone listens to music for different reason, some to relax, some to party etc. but for me personally, I listen because I want to feel, and that’s exactly what London Grammar make me do. Breaking in to the 2014 hit and fan favourite ‘Hey Now’ it is clear to see that this is a band beyond their years and a band I can’t wait to see again live.

By complete contrast, over on the main stage amidst a cloud of orange and green confetti come the unique and quirky offerings of Imagine Dragons. This is a band that is impossible to place in a genre as the stylings and sounds alternate so much between songs. A huge crowd has gathered to see the Las Vegas band, who have clearly brought the weather with them, to see them deliver a brilliant, energetic set. Finishing on the massive sounding ‘Radioactive’, frontman Dan Reynolds leaps from the stage and into the crowd before returning to the stage for a huge percussive finish.

Hitting the Main Stage with the confidence and swagger you would expect, Kasabian storm the stage to a huge crowd. Breaking straight into ‘Underdog’, Tom Meighan and the guys instantly have the crowd eating out of their hands. Their newest single ‘You’re in Love with a Psycho’ goes down a treat and already feels like one of those songs you have known for years. The energy levels raise a notch when they break in to ‘Club Foot’, before being treated to upcoming single ‘Bless This Acid House’ which is set to become yet another classic. Kasabian’s set plays out like a best of, running through hit after hit before ending on the classic anthem ‘Fire’. The only let down to the show is the strong wind which is starting to cause a few sound issues.

Keeping it rocky, next up we have Scottish trio Biffy Clyro. Tonight, simply put, they are brilliant. As an eerie and atmospheric intro of choirs and strings come to an end, Biffy walk out on stage, already shirtless, stand still and stare across the crowd of thousands before launching into ‘Wolves of Winter’. Playing a fairly modern set of hits tonight focusing mainly on the last few albums, Biffy break into the massive sounding ‘The Captain’. Wearing nothing but pink jeans, vocalist Simon Neil lets the crowd know just how much he is struggling not to swear due to the live broadcast, surprisingly he goes the whole set without fucking up. A live debut of ‘Friends and Enemies’ from the latest album ‘Ellipsis’ sounds incredible and is followed by one of only two older hits, ‘Bubbles’. As the video screens behind the band play a trippy version of the action on stage, Biffy pull out the big guns. ‘Mountains’ sounds beautiful and just when you think it can’t get any better; they bring out the massive ‘Many of Horror’ leaving the crowd wanting more. Don’t forget you can catch Biffy Clyro headlining the main stage at Download Festival this year; it’s going to be awesome!

Which brings us to the end of a brilliant first day at BBC Radio 1’s Big Weekend, same again tomorrow, yeah? 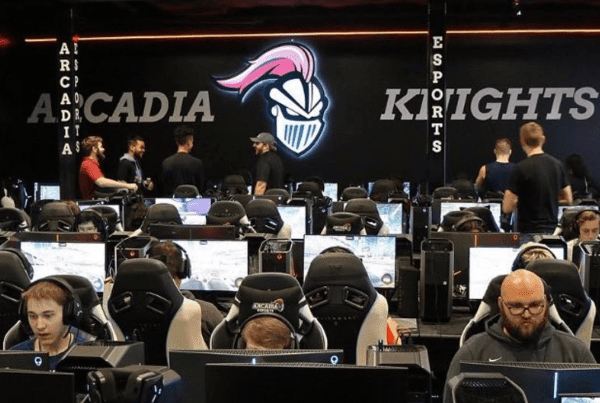 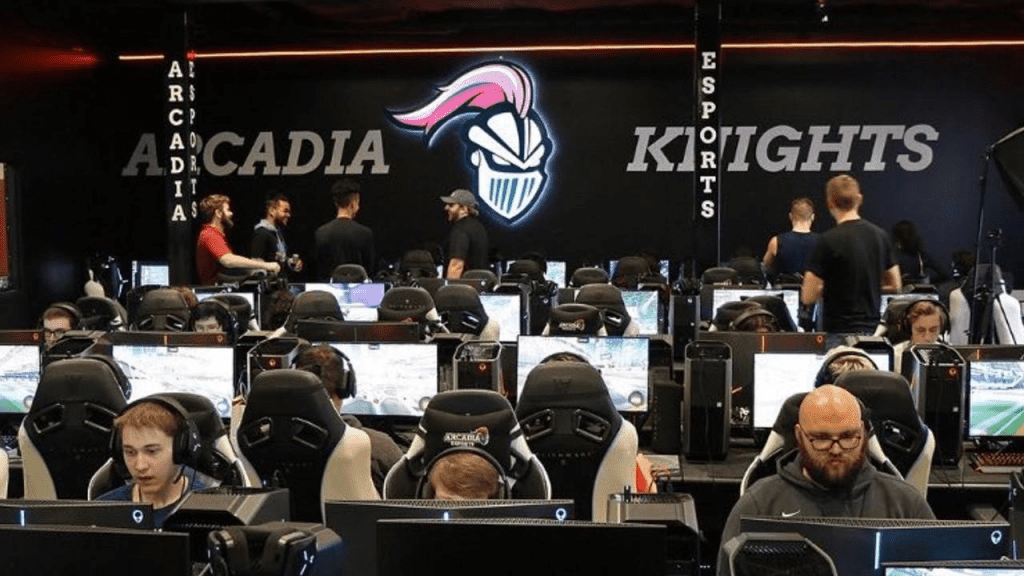 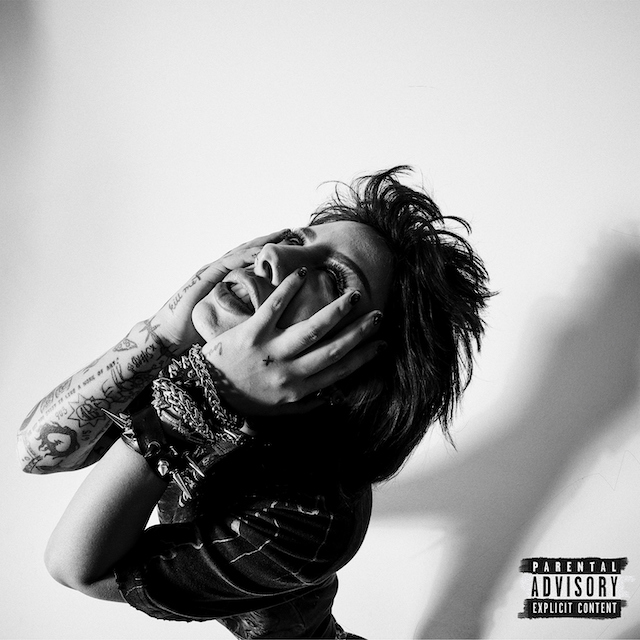 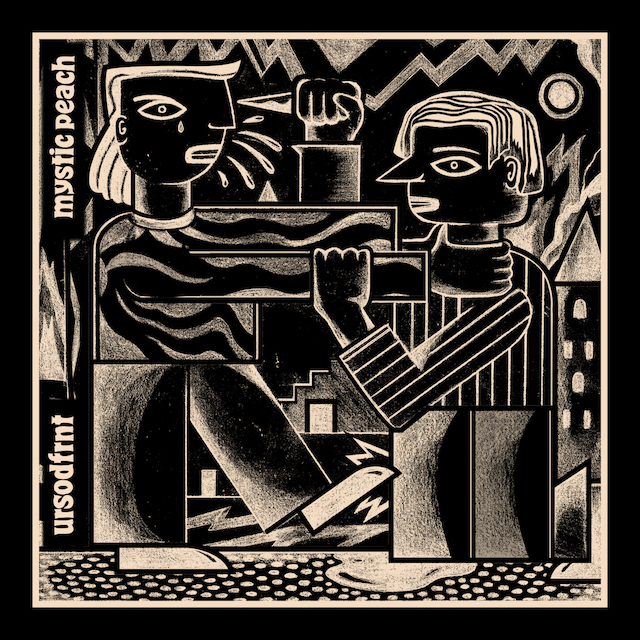