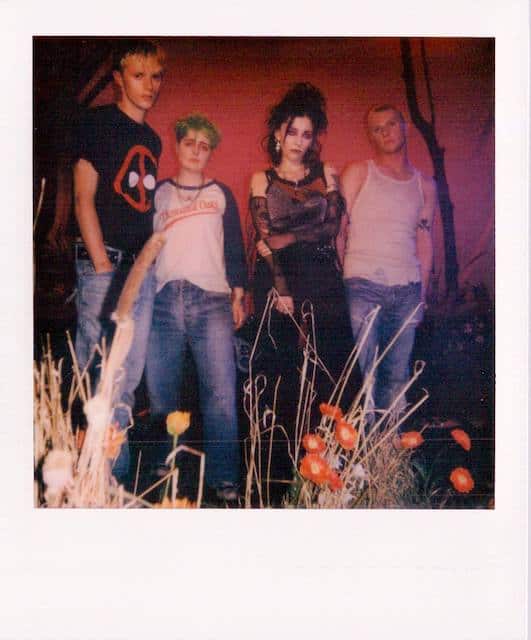 Their new single CHANGE is out now, a nostalgic and super-catchy guitar track made up of stories of heartbreak, premiered as BBC Radio 1’s Hottest Track in The World, and accompanied by its official video. The single is taken from the band’s second album WHO AM I? which is set for release via Dirty Hit on 12 February 2021.

Consisting of front woman HEATHER BARON-GRACIE [she/her] drummer CIARA DORAN [they/them] guitarist HUGO SILVANI [he/him) and bassist CHARLIE WOOD [he/him] Pale Waves released their debut album MY MIND MAKES NOISES in September 2018, by which time they had already won the NME Under the Radar award, made the BBC Sound of 2018 shortlist and toured with fellow Dirty Hit label mates and mentors the 1975. When the album entered the UK chart at #8, Pale Waves were seen as more than a breakthrough act and instead one of the most important emerging indie-pop bands in Britain.

On WHO AM I? Heather Baron-Gracie’s songwriting holds the last few years of her life up to the light, reflecting on her own growing pains – depression, distraction and feelings of darkness. But also, her experience of falling in love and emerging with a clarity and optimism – being more open about her sexuality and stepping forward as the sort of front woman she couldn’t see when she was growing up.

WHO AM I? was recorded primarily in Los Angeles alongside producer RICH COSTEY [Muse, Sigur Rós, Foo Fighters] before the Coronavirus lockdown forced the making of the album to go virtual, with Heather and Ciara remaining in LA and the rest of the band returning home to record their parts in their bedrooms, sending them back to LA to be added into the record.

The album acts as the Pale Waves manifesto, inspiring inclusivity, self-discovery and the notion of being whoever the hell you want to be. On the making of the album, Heather says: “For me, music and art is for people not to feel so alone and isolated; I want to be that person my fans look up to and find comfort in”.