Since the emergence of their debut album in 2013, In A Perfect World, Kodaline have masterfully crafted homespun, lovelorn rock ballads. Imbued with an emotive touch, giving a gentle nudge to make tears spill down cheeks, there is little wonder the band hail from the lush hills of Ireland. The bond between the four of them was unshakeable; this kind of personal and musical alliance would be the force to invite streams that would go on to reach the hundreds of millions. Kodaline continue to be totemic, touring the length and breadth of the world, armed with three, long-adored albums. The band just keep whipping up momentum, scarcely out of the studio from 2018’s The Politics of Living, before they began work on their fourth, upcoming album.

‘For us,’ drummer Vinny May says, ‘we owe everything to that first album because it really put us on the map and got our name out there.’ You would be hard-pressed to find a record that was more pervasive than In A Perfect World. The track, “All I Want” still causes the hairs to stand on end for watchers of Grey’s Anatomy, as well as appearing on the soundtrack for the likes of The Fault in Our Stars, and the respective trailers for films, Love, Rosie and Horns. If that weren’t enough, the chipper, starry-eyed twinkle of “Brand New Day” was – and continues to be – the theme song for the hit Channel 4 show, Gogglebox.

‘We’re quite an introverted band,’ May continues, ‘we kind of stick to what we know. It’s usually just us four and a producer.’ But since that meteoric debut, The Politics of Living has heralded a new approach for the band: ‘I think it comes across in the record that nearly every track has a different producer or songwriter on it. It was about breaking down those walls, letting people in our inner circle and letting them influence us – getting us out of our comfort zone and to experiment with something. Taking advice from other people in the industry can only help us grow as musicians. I think we just took it as a big learning experience and we’re really proud of the results. We’re working on our fourth album at the moment and we’re going back to the four of us, just in the studio in Dublin. Each album has been a different experience.”

Kodaline are loved, undeniably, for their poignant lyrics. The opening track to their third track, “Follow Your Fire” is a rose-tinted memory: “I remember you and me / Back when we were seventeen / Drinking, kissing in the street / We couldn’t get enough”, but begs the question, “Did you get out? I’m wondering where you are / (Did you follow your, follow your fire?)” While the nature of lyrics is always chameleon-like depending on its listener, May reveals the inspiration behind the song: ‘We’d have to head back to where we were before we got signed. We had people doubting us – people questioning what we were doing and if we were serious. For us, there was never an option: it was always this. It was always going to be, “Let’s try and write music”; “Let’s try and become a band”. For us, it was about trying to follow that fire that’s inside you, like “This is what I want to do” and harking back to that time in our lives when parents and friends saying, “You want to be a band? You’ll never do that”, and us just being like, “No, we will.”’

May observes, for their fourth record in the pipeline, ‘I think we’re much closer now than ever with each other.’ The band have been trialling an unreleased track, “Wherever You Are” to festival-goers over the summer, met with a great reception. The plan, he shares, is ‘to give people some new material at the end of the year, and then the album to follow next year. We’re going to keep working towards that,’ he promises. ‘We’re having a great time recording it at the moment – it’s a “nine to five” kind of vibe, which is pretty strange for us. Obviously, we’re busy with festivals, so we’re away for like four of five days a week – so the days that we are home, though we want to go into the studio and work, we still want to have a life and see our families. So, we’re doing a nine to five type of thing so we can say, “Right, we’ve done our bit in the studio today”. It’s enabled us to be really creative; in those ten hours, we’re working flat out. If something isn’t working, we just move on straight away and go on to something else, whereas before you could be sitting in the studio until 1’o’clock in the morning, exhausted, trying to work on an idea that’s going nowhere. Whereas now, the short, creative bursts are really productive for us. It’s a totally different way to working.’

When in the motions of the festival season, when Kodaline and bands alike are in insatiable demand, May confesses that the band do struggle: ‘We’re constantly away from our loved ones and that’s a huge pressure and strain. Even though you’re surrounded by people on the road, it’s so easy to feel lonely. [Being in Kodaline] has given me a greater appreciation for the little things in life. You realise that material things don’t mean anything; what matters is your wellbeing and the people you surround yourself with.’

‘It’s hard for people to understand that, on the outside, people seem absolutely fine – they think they have no reason to be depressed or have anxiety. For us, and for me personally, something I’ve learned is you don’t know what people’s inner struggles are. Some of the guys in the band have experienced anxiety and depression, and what helps us on an individual – as well as a collective – level is to talk to each other. After all, “A problem shared is a problem halved”. I think it’s easier to overcome things when you’ve got help and support, whether that be from your family, friends or work colleagues. I, personally, haven’t experienced any mental health problems, but some of the guys in the band have. We talk, and we have really open and honest conversations. It’s okay to cry. If you are struggling, there’s something to be said for talking about it. Seek professional help. Talking about things can put what has grown massive in your mind into a healthy perspective.’

For a band who are an embodiment of commercial success after grafting for a music career since childhood, has Kodaline’s mission statement changed? May shares, ‘For us, when we originally started, we thought, “Wouldn’t it be great if we could get a song on the radio?” Then that went onto, “Wouldn’t it be great if we got to make a music video?” or, “Wouldn’t it be great if we could play somewhere outside of Ireland?” We’ve just been ticking those boxes. We’ve got goals: we want to keep progressing as a band, as well as on an individual level as songwriters. We just want to keep doing what we’re doing, making music and growing. The great thing about what we do is the songs we write mean something really specific to us, but then the second we release it, it can be interpreted in a whole new way. We write songs for ourselves that go on to help other people. Our songs can help people deal with emotions -’ pausing for a moment, joking, ‘- so I guess we just want to continue to make people cry!’ Certainly, Kodaline are the kind of band we need: they help us to express ourselves. 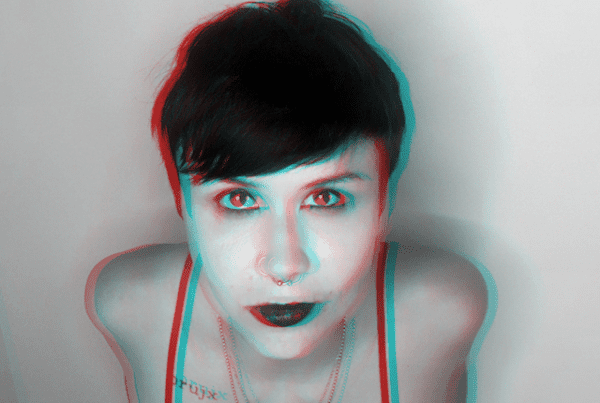