Home » The Sister Column 2: Poppy Shrimpton on Mental Health, Growth, and Resilience in debut EP “What He Said”

Beneath the shimmering surface of Poppy Shrimpton’s first offering lies a gutsy story of resilience, growth, overcoming and becoming. Debut EP What He Said sees the North Yorkshire artist face various monsters in a piecing back together of tattered self esteem. Self-described as “suburban mom rock,” there’s a confident, lilting alt-80s vibe to the production, reminiscent in tone of indie rock moguls Angel Olsen and Phoebe Bridgers. In the title track, the cutting words of a past partner, “you will never give it up / you’ll never meet another man like me” swirl around the chorus like a harmony-laden love potion, whilst in the verses Shrimpton croons a mesmeric reminder that some men are wolves in sheepskin: “I try to fight it but it’s in my mind / all the loveliness you hide behind.” Continuing this banishment of old demons during the second track, In Time, Shrimpton builds to a cathartic Mayer-esque guitar solo bedded in vintage synth sounds. She remind us, “I know I’ll be / better in time.”

Catching up with Poppy about the release it became clear that these songs are just as much about breaking spells as casting them. Poppy confesses that What He Said was inspired by the demise of a dysfunctional musical and romantic partnership that took a great toll on her confidence, and says the track serves as a “good riddance” to the over-glorification of that relationship and all the negative self-talk that came with it: 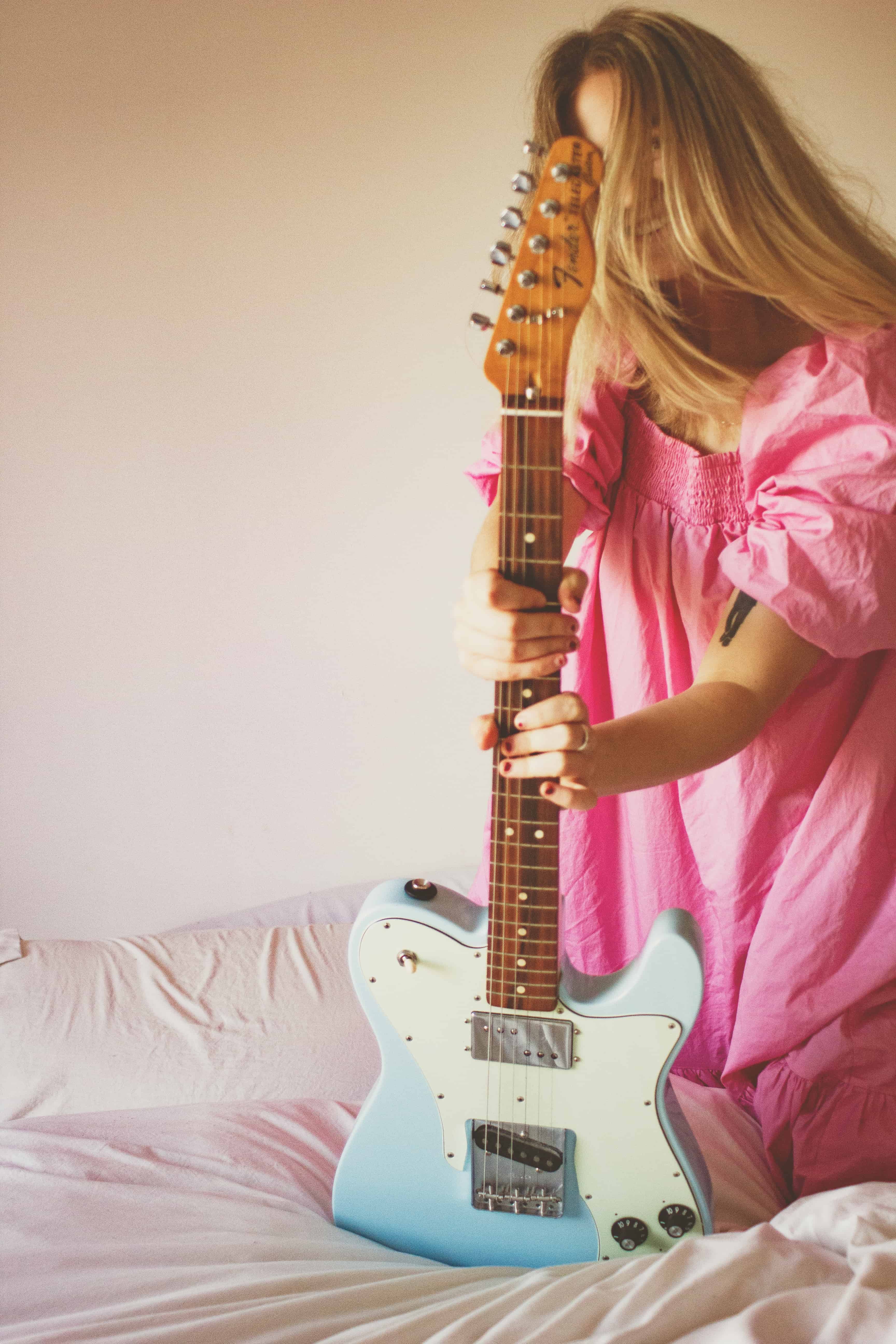 dearly, it felt like I had carelessly handed over my passion and gift to someone else – if that makes sense. I wanted to be the master of my own universe again! After that relationship ended I gave up music, but I eventually bought an interface, speakers, microphone and was like f*ck it, I can do this on my own. It was about investing in myself as a musician and giving myself the means. It facilitates me having a voice in the studio – I can stand up for myself and articulate what I want. This is just really important in general being a woman in music and not allowing people to talk down to you because of that.”

If What He Said burns the sage on a toxic ex-partner, then In Time celebrates the strength of a younger self, who “knew she’d be better in time” and did the work to get there. On this note, I asked Poppy if she had any advice for her younger self:

“My therapist used to ask me this question and I would just burst into tears. I ended up doing everything I’d have told my younger self to do. I’m thankful that throughout everything I experienced as a kid and a teenager, I always had an optimism for my life and always wanted to get out of it. I believed in myself, no matter how awful I felt. I think that’s why therapy worked so well for me. Behind all the sh*t I really, really, really, wanted what was best for me and looked out for myself best I could even when it was really difficult. That’s it [the advice] – protect that belief you have in yourself that you can do it, and get better. I’ve proved it to myself. Everything I thought I couldn’t do I have done.”

That, and “be nice to your sister, she’ll be your best mate one day.”

“Sharon Van Etten. I love that woman with my whole heart. I really admire the emotional fragility of her music, she just so accurately depicts the ebb and flow of love in the most honest way. I remember the first time I heard Because I Was In Love and it completely crushed me and I was like. I, too, want to crush people. She has some tracks that are like super heavy and f*ck-you-like though too, which contrasts so beautifully as it both gives us female fragility and the incredible strength women possess.”

“I watched Handmaiden a couple weeks ago and I was completely blown away. That film truly has everything. I don’t want to spoil it or say anything more, just watch it – you won’t be disappointed.”

“It’s a tie between Anything by Adrianne Lenker and Song For Our Daughter by Laura Marling.”

Stream “What He Said” on Spotify here.

Tune into Women I Trust with @elanorrosalind on Instagram Sundays at 7pm for conversations with women in the music industry.