In our next artist spotlight, we chat to Adam Betts about his latest innovative project. 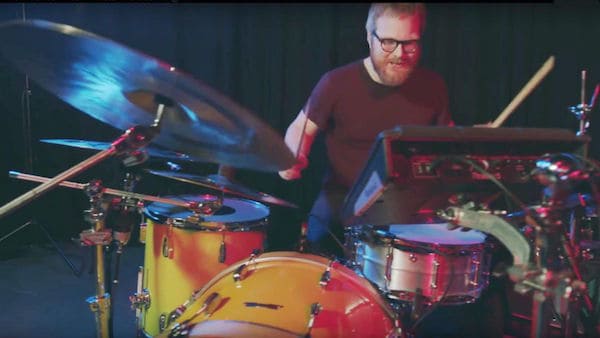 What inspired you to start this project?

The ideas for this project had been floating around for a while, as it’s really a development of the Ableton ideas I use in TTT and the Heritage Orchestra. I had experimented with some fun sounds and textures in the studio a bit, but never turned it into a full solo performance. The spur to actually make it happen was a combination of seeing Chris Clark live and being bowled over by the boldness of basically improvising a live set with a modular synth, hearing Brian Chippendale’s album Black Pus, and seeing Shitwife live. Once Tom Rogerson offered me a set at Proof Positive, his improv night at the Servant Jazz Quarters, it really kicked off.

What gear do you use?

I use a pretty minimal drum kit, and then a lot of Roland pads/triggers and mics going in to Ableton Live. The Ableton set is monstrous and confusing as hell, but it’s totally the backbone of the whole thing.

What motivates you outside of music, think people, places or films?

This album is really just based on whether this was possible!

How are you looking forward to doing this stuff live?

All the live shows so far have been really enjoyable. It feels like the crowds have really got it, even though I’ve done a fairly wide range of gig situations. There’s always a worry that the laptop won’t work, in which case the gig is pretty much off. The set up is quite complex, so it was important for me to be able to make it work at gigs like ArcTangent, where I had 20 minutes to set it up in the rain, or at the Brixton Windmill on a math-rock all dayer – if I can make it work with those challenging set ups, I can make it work anywhere!

What are the most challenging aspects of creating a record like this?

Well, mainly that it was all recorded live. Luckily it wasn’t too stressful as the live session wasn’t supposed to be the album – just a live version, but it went so well and captured the spirit so accurately that I decided to use it. Had we intended this to be the album it would have been way more stressful!

I could have done a really long form jam record a million times over with this approach, and I do love that stuff, but the real key for me was to write characterful “songs”, and basically make a punk record – 2-3 minute tracs that say something concisely. Dramatic changes are some of the most challenging things to make happen in this project, but it’s something I feel is key. 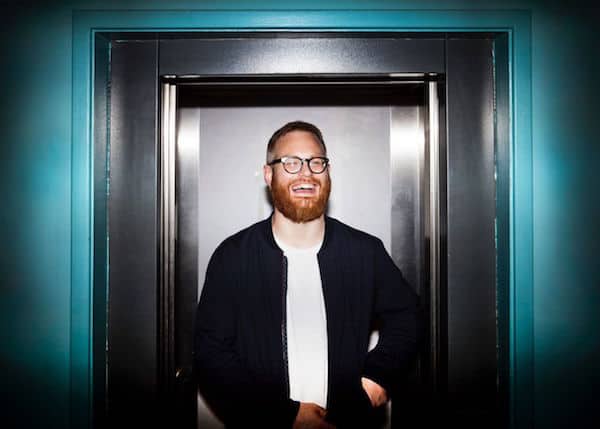 Has it put you out of your musical comfort zone at all, and if so in what ways?

Definitely – writing! Performing, and writing in a band is one thing, but writing your own solo material and saying “if I made an album, it would sound like THIS” has been a new challenge for me, and one that has really been worthwhile.

Also, it took me a while to return to the lairy way that I usually play in this situation – at first I think I was trying to be too “sophisticated” and clever with the performances, but actually after some time I learnt to trust my instincts and let it be a rock record!

What are your hopes for the future of the project?

I really want to tour it to get the live show as awesome as can be, and to perform it in a range of situations that can push/broaden it in a variety of directions. I’d like to try a whole heap of different directions, pushing all the ideas that are swimming around to make a really broad album.

Talk us through the thought process when pulling together a track like ‘Drumbones’ for example?

I write by smashing out sketches of ideas and then letting them ferment for a while until something else comes along to sit with it, and I think Drumbones is almost the epitome  of that. The bass drum riff at the top is really old and just something I’d been mucking about with, and then the melodic sections came along some time afterwards. I jammed the melodic sections many times, trying to chase the franticness of the drum beat that it needed, and then just experimented with the back and forth between the two ideas.