In our latest interview we chat to Chester musician Alx Green about touring Europe and his plans for the year. 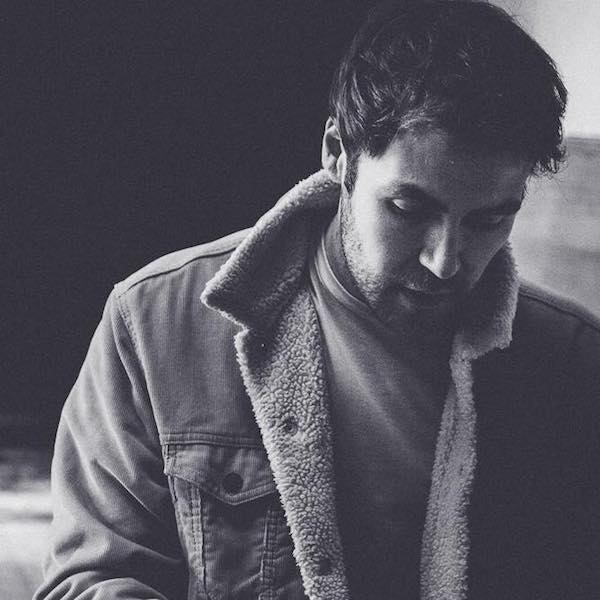 S] How did your career in music start?

A] I’ve been playing my own solo stuff for about four or five years now, before that I was in bands growing up and I started writing a lot in my own time. It got to a point where I seemed to be the one who was taking the music seriously whereas my friends were just doing it for a laugh. I’ve always been really passionate about it and I thought the best way to take it to the next level is just by doing my own stuff.

My friend signed me up to an open mic night out of the blue in Telford’s (Chester) about five years ago and ever since then I’ve been playing at open mic nights. I played covers for the first year and then after that I was ready to share something that I had written and it didn’t go down as badly as I thought it might have! And it just snowballed out of that really.

I was working full-time as a photographer, and it got to the second half of 2015 and my work wasn’t the right place for me, so I decided to leave and give music a go full time. That’s when I bought a van and built a bed in the back of it and went round Europe for four months. I didn’t really have that much of a plan, I just booked a few shows on the way and I just recorded a home EP in my bedroom as something to take with me. I wanted to get out a do a bit of travelling and also to share my music with more people than just my friends in Chester and the UK. And I thought what better way to do it that to submerge myself in other cultures where I didn’t even speak the language!

S] Did you find that being on the road gave you a lot of inspiration for writing?

A] I wrote a lot when I was out in Europe, obviously seeing a lot I was constantly inspired and it was happening naturally, I was getting back to my van at night and just pulling up wherever I was deciding to sleep! I ended up writing an EP (My Way Home), which I recorded I got back. I knew when I got back that I wanted to record because more than anything it was like a final chapter to that part of my life as there was a big transition between leaving full time work to doing music full time and not really having any direction. I’ve sent the EP round numerous places and I’ve been really fortunate and blessed to have BBC Introducing getting involved, and I’ve also had plays on Radio 2 and 6Music. Even though the EP was written over a year ago, I still feel that it’s really fresh, as a lot of people haven’t heard it. I still really like having it as a current thing in my life as it reminds me of what I did and why I did it. There are all sorts of sentimental values when I listen to it, or play the songs, I’m still enjoying it.

S) You recently played Manchester Academy, what has it been like experiencing new, bigger venues?

A] Last week I played three gigs in Manchester, and prior to that I’ve had a few little ones but not to the extent that I’ve had in these bigger venues. It’s been really nice because I feel like every city has it’s own vibe, some crazy, some mellow and it’s really nice having that unexpected element to when I’m playing, because I didn’t know what to expect. I can say I was very happy and pleasantly surprised because people are so attentive, and really welcoming. Considering most of them probably hadn’t heard of me, and the Manchester Academy show was with my full band so that was really nice because I’m used to playing solo or with my cellist, but it was amazing playing on a stage that I’ve seen so many bands over the years on, and when I was on it it was really surreal. I was kind of star struck of the stage if that can be a thing!

S) What advice would you give to a new artist starting out in a small town or city?

A] I cannot sing praise highly enough for open mic-nights. I really think when you’re starting out that they’re the place to be because you don’t have to worry about the pressure that people have paid money so they expect a certain standard to see you play. If I’ve got a new song I’ll go play it at an open mic night and just see how it goes, because there’s no pressure, if you mess up it doesn’t matter! It’s the perfect way to ease you in because you get used to playing on a stage and it’s just about getting in front of people. Don’t always just play covers, because you never know when someone will ask you “What was that last song you played?” And when it’s yours it just gives you that confidence boost.

Also, get a social media page, just because if somebody does really like you it’s great to have somewhere to point them. You don’t have to go crazy or spend money, it’s great if you’ve somewhere to put your recordings or they can give you a follow, because it’s good to get a following early on. There are a lot of things to be said about the internet, but for musicians it’s really good to get yourself out there.

S) Who are some of your favourite artists in Chester?

A] Chester is a really nice hub of original artists and I’m just really lucky that I’ve got so many talented friends. Chester is a very small town but it’s full of talent. It’s really nice as well, because a lot of the musicians here aren’t actually from Chester, they’ve just been drawn to it for various reasons.

My friend John Coley is an incredible musician, his songwriting is so nice to hear, for someone like me who listens to a lot of older generation music, you can’t help but feel sometimes in modern day music there’s always a little bit lacking of authenticity and John definitely has that in abundance, he’s just so creative and he doesn’t even know it. Tom Durkin is also an amazing musician, he’s got a very unique style, he plays bluegrass. I’ve gigged a lot around and I’ve never seen anyone play it! Not only does he just play a different genre that other people aren’t playing, he does it really well.

There are so many to mention, there are also some great bands like Campfire Social who I am very fortunate to be great friends with. That’s the great thing about music, you just get to know people and I’ve got them for friends for life now. They let me support them, they’ve supported me, and they’re another example of really talented people.

S) What are your plans for this year?

Other than that, I’m looking forward to playing some festivals, I really just want to get to more and more places in the UK. Last year I concentrated a lot on Europe which was amazing and I made lots of great friends and contacts out there, but this year I really want to concentrate on the UK and get to all the places I didn’t when I was round Europe.

I’ve been really fortunate so far with this EP and I’ve played a couple of industry showcases, I played one in London and Manchester last week so who knows what might come of those? January is early days, come back to me in a couple of months and hopefully I can give away a bit more! But at the moment I’m enjoying the planning, but it’s definitely not going to be a quiet year for me, I’m definitely going to be a very active and busy person. I’m really looking forward to it, it’s going to be a good year.