Soundsphere magazine recently got the pleasure of catching up with American singer-songwriter Dave Hause. The Philadelphia-born musician has recently released a new solo album, containing emotionally captivating songs, which he will be performing to his fans on a brand new European tour. With his return to the UK, we could not miss the opportunity to get the ‘down low’ on what has been happening and how he is feeling in regards to his busy and exciting life right now. In this interview, he talks all about touring, his new record, his inspirations and what it feels like to be where he is in the music industry today. Check out the full interview below! 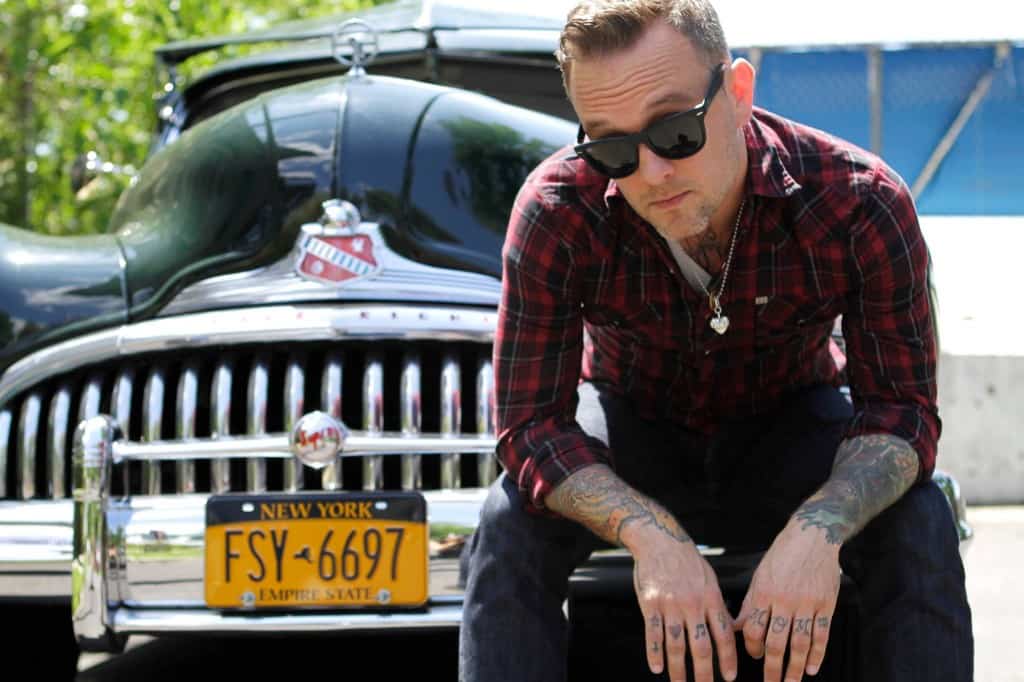 Dave] We are busy yeah, we’re in Munich tonight. We’re on tour with Death Havens. It’s our first headline tour on record and we’ve started in Germany and had one gig in Austria, but all the ones in Germany have been awesome so far. There’s a lot of excitement here! We’re looking forward to doing some gigs in the UK too, like Leeds and Manchester.

S] Can you tell me a little bit about the new record? And what has been the most challenging and exciting periods? What was the process like building it?

Dave] Well, it was a pretty heart-breaking record to write and to then go out and perform. I wanted to write from an honest perspective on this new record and to portray what was actually happening, but it’s really hard to write positive songs that aren’t cheesy. I started to share the songs with other people and my brother was helpful in guiding me along and helping me to pick the ones that all fitted together. He also helped me to write some of them. So, that was a huge push forward and then another big push was when the producers got pulled.

They were super-excited about the material, really encouraging and had lots of great ideas. Within all that, I got involved with The Falcon, which is a band of guys from other bands. So, we did that for a while, we did ten anniversary shows, which were interesting, they were fun and really successful but not exactly the most compelling. I mean it was fun to celebrate for a little bit, but it was sort of like trying to put on a suit from ten years before, it doesn’t fit exactly right. So yeah, this was a monumental search forward for me to finally be able to get to a third record, so it’s been an exciting process.

S] You’ve had such a diverse career, you’ve worked in bands, you’ve done solo stuff, how do you feel you’ve changed and developed from the start of your career up until this point?

D] I just think that one difference is that I am more able to do what I set out to do. When we take risks, they’re often scary but the rewards are great. I think I’m a little more willing to take risks and interested in pushing forward, like using different types of music, different ideas and instruments. All those things, I’m more open to the older I get. I can see that in some of my heroes Like Bowie, Springsteen, stuff like that.

S] You’ve got such a dedicated fan base, a lot of people respond to your music, but it must feel great to have gotten to this point.

Dave] There’s a shared experience in playing music. Just doing it for yourself, you could do it in your bedroom, but then you also want to present it in a way that people can connect; music that brings people together. I don’t think of myself as the guy with a successful music career, it doesn’t really come that way in my mind. I always feel blessed, but it never feels like something to take for granted, always feels like something you have to work for.

Dave] I read a lot and I watch a lot of movies and I try to just keep my ears open around my family and friends and that social environment is very inspiring. There’s stories everywhere and there’s struggle everywhere. But as far as other art forms, I quite enjoy movies and I do quite enjoy reading, those are big ones for me. And I try to keep people around me that inspire me, even if it’s just the way they raise their children, or the way they do their job. That’s why I spend my time closer to inspirational people and don’t bother wasting my time with negative drain or energies.

Dave] I’m reading The Nightingale right now and I’m quite enjoying that book. I read and watch a bunch of rock documentaries and biographies and things, so, they were all great and obviously, a lot more music based, but The Nightingale is blowing my mind right now.

S] Can you talk to me about ‘With You’? And the direct inspirations for you on the introduction to that record?

Dave] I wanted to be clear that I was in a new relationship for a couple of years and I had been collaborating with my brother. So, it just kept coming up in my life that I can do things on my own and am capable of touring that way and writing that way and even living that way. But it’s always better when you do things together, so it’s just a song where I was trying to make a little bit of an anthem out of that. It’s a simple thought, but it’s clear that you can do things on your own. Yet, you’re probably better off and happier, if you figure out a way of working together, so I just wanted to delve into that whole idea.

Dave Hause’s new album, Bury Me in Philly is out now!